Meet the Other Social Influencers of the Animal Kingdom

Meet the Other Social Influencers of the Animal Kingdom

Culture, once considered exclusive to humans, turns out to be widespread in nature. 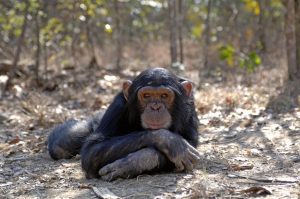 A chimpanzee in the Chimfunshi wildlife sanctuary in Zambia, where one chimp began a tradition of wearing a blade of grass in the ear, which carried on after her death. Credit David Pike/Alamy

Julia, her friends and family agreed, had style. When, out of the blue, the 18-year-old chimpanzee began inserting long, stiff blades of grass into one or both ears and then went about her day with her new statement accessories clearly visible to the world, the other chimpanzees at the Chimfunshi wildlife sanctuary in Zambia were dazzled.

Pretty soon, they were trying it, too: first her son, then her two closest female friends, then a male friend, out to eight of the 10 chimps in the group, all of them struggling, in front of Julia the Influencer — and hidden video cameras — to get the grass-in-the-ear routine just right. “It was quite funny to see,” said Edwin van Leeuwen of the University of Antwerp, who studies animal culture. “They tried again and again without success. They shivered through their whole bodies.”

Dr. van Leeuwen tried it himself and understood why.

“It’s not a pleasant feeling, poking a piece of grass far enough into the ear to stay there,” he said. But once the chimpanzees had mastered the technique, they repeated it often, proudly, almost ritualistically, fiddling with the inserted blades to make sure others were suitably impressed.

Julia died more than two years ago, yet her grassy-ear routine — a tradition that arose spontaneously, spread through social networks and skirts uncomfortably close to a human meme or fad — lives on among her followers in the sanctuary. The behavior is just one of many surprising examples of animal culture that researchers have lately divulged, as a vivid summary makes clear in a recent issue of Science. Culture was once considered the patented property of human beings: We have the art, science, music and online shopping; animals have the instinct, imprinting and hard-wired responses. But that dismissive attitude toward nonhuman minds turns out to be more deeply misguided with every new finding of animal wit or whimsy: Culture, as many biologists now understand it, is much bigger than we are.

“If you define culture as a set of behaviors shared by a group and transmitted through the group by social learning, then you find that it’s widespread in the animal kingdom,” said Andrew Whiten, a psychologist and neuroscientist at the University of St. Andrews, in Scotland, and the author of the Science review. “You see it from primates and cetaceans, to birds and fish, and now we even find it in insects.”

Culture “is another inheritance mechanism, like genes,” Hal Whitehead of Dalhousie University, who studies culture in whales, said. “It’s another way that information can flow through a population.” But culture has distinct advantages over DNA when it comes to the pace and direction of information trafficking. Whereas genetic information can only move vertically, from parent to offspring, cultural information can flow vertically and horizontally: old to young, young to old, peer to peer, no bloodlines required. 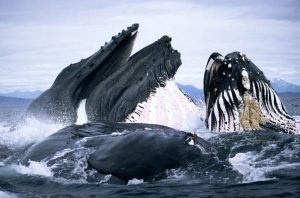 Genes lumber, but culture soars. In 1980, for example, an observant humpback whale discovered that by smacking its tail hard against the water, the tiny fish on which it preyed were prompted to ball up into tidy packages fit for comparatively easy capture and consumption. The enhanced hunting technique, called lobtail feeding, quickly spread along known lines of humpback social groups, aided, researchers suspect, by the cetacean talent for acrobatic mimicry among members of a pod. Today, more than 600 humpbacks are lobtail feeders. “This would only be the case if it was socially transmitted,” Dr. Whiten said.

Sperm whales likewise used crowdsourcing to outwit Ahab. In a new study examining whaling logs from the 19th century, Dr. Whitehead and his colleagues determined that when New England whalers first started hunting a naïve population of sperm whales in the north Pacific, they were essentially harpooning fish in a barrel, harvesting untold gallons of the fine spermaceti oil contained in the whale’s distinctive top hat of an acoustical organ. In just three to five years, however, long before the whalers had made a dent in the whale population, their hunting success rate had plunged by nearly 60 percent.

“The whales were very quickly learning from each other ways to avoid being harpooned,” Dr. Whitehead said. Tip No. 1: Humans are not like your traditional enemy, the killer whale, so forget the old defense strategy of forming a tightknit circle with your babies protected in the middle. “That just gives the whalers something to aim their harpoon at,” Dr. Whitehead said. Tip No. 2: Swim upwind fast — humans hate rowing upwind in the ocean, and they’ll soon give up the chase. Tip No. 3: Find your inner Moby; dive deep, rise up and smash that whaling vessel to pieces.

Some differences between animal tribes make sense only if viewed through a cultural lens. Liran Samuni, a postdoctoral fellow at Harvard, and her colleagues have been following two neighboring groups of bonobos in the Democratic Republic of Congo. The home ranges of the chimpanzee-like apes overlap considerably, and the bonobo troops meet and mingle frequently, grooming one another, traveling and foraging together, and pausing often for mutual pelvic rubdowns.

But a there is a salient distinction between them. Once or twice a month, bonobos supplement their vegetarian diet with meat, and when these two troops turn carnivorous, they seek out different prey. One group goes after anomalures, which resemble flying squirrels, while the other hunts small antelopes called duikers. 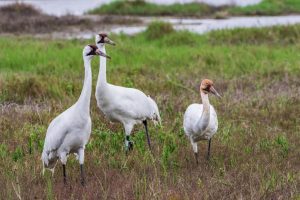 “No matter where they are, even when the group is together, they maintain the preference,” Dr. Samuni said. “If a hunt begins, it follows group lines: The duiker group chases duikers, the anomalure group pursues anomalures.” Dr. Samuni suggests that the prey specialization serves either to reduce competition between neighbors or solidify a sense of team identity. “We all like to feel we belong to a group, and that feeling has ancient origins,” she said.

Peter Richerson of the University of California at Davis, who studies the coevolution of genes and culture in humans, admitted he was once reluctant to talk about animal culture, but he has since changed his mind. “This is a golden age of animal culture and nonhuman learning studies,” he said.

He is particularly impressed by recent research showing that animal migrations, long considered the essence of mindless instinct in motion, are, in fact, culturally determined. “Mountain sheep have to learn their migrations from other sheep,” he said. Whooping cranes are long-distance migrators, and when their numbers declined so precipitously that there were no adult birds to teach young birds the route, conservationists stepped in and used ultralight airplanes as whooping crane tutors. Even farm animals can be repositories of cultural wisdom, as ranchers discover when they precipitously sell off their entire herd.

“Cows learn your ranch, and if you start over again with new cows, they won’t know where the water is, or where the best places to huddle are,” Dr. Richerson said. “There’s a lot more going on in a cow’s head than you might think.”

And more buzz in a bee’s bonnet. Lars Chittka of Queen Mary University of London and his colleagues showed that bumblebees could be trained in a stepwise manner to tug on a string and gradually uncover a source of sugar. Very few of the bees could figure out the string-pulling trick on their own, but once there was an experienced individual in their midst, the other bumblebees learned by watching. Moreover, the researchers reported in the journal PLoS Biology, the string-pulling skill could be transferred from colony to colony, even in semi-natural conditions outdoors. The authors’ conclusion: A bumblebee’s brain may easily fit on a lentil, but that’s quite enough “for the cultural spread of unusual skills.” 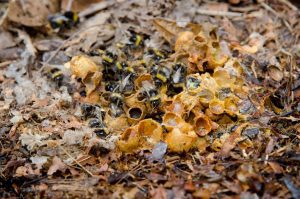 Bumblebees nesting in a compost bin. Researchers found that the insects could be trained to pull a string and could pass on that skill to others. Credit AndySmyStock/Alamy