So You Think You Want A Pet Monkey or Ape?

If you’re an animal lover, it has probably crossed your mind at some point that having a pet monkey or ape would be fun. And in a magical fantasy land, maybe it would be fun, like going on a unicorn ride through a rainbow.

But you live in reality, and most likely, you already know that having a primate as a pet is a bad idea. You may be aware that the systems in place to breed pets do not have the best interests of animals at heart, resulting in much trauma to the creatures involved. Even the day-to-day minutiae of life as a pet causes naturally social and inquisitive primates to suffer physically and mentally. You probably wish to avoid the illnesses that can be passed between pet primates and their human owners, such as Herpes B, Ebola, monkey pox, tuberculosis, shigellosis and Hepatitis A (and more). You may be concerned with animal rights in general and believe inherently that primates should not live the confined, solitary and sedentary life of a pet. Or, perhaps you simply don’t have space for a large chimpanzee cage in your living room. I know I don’t. 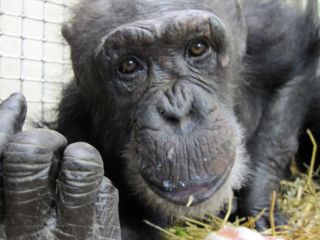 Zulu arrived at the PRC after she was confiscated from an owner who couldn't properly care for her.

For the reasons listed above – amongst others – it’s clear that nonhuman primates pay a very unfortunate price due to their involvement in the pet industry…. But did you know that the process of buying a pet primate can be dangerous to you too?

If you are really determined to buy a monkey or ape (or you are really foolish), your legal purchasing options vary depending on what state you live in.

Currently, thirty states in the United States have a ban on primate pets, of which nine may permit ownership depending on exceptions like proof of legal provenance from another state or ‘grandfathering in’ pets already in existence when bans were passed. Thirteen other states require some sort of permit to own a primate pet, and the remaining seven states have some regulation in terms of proper animal care in general but otherwise have no jurisdiction over pet primates.

That being said, courts are trending towards increased restrictions and legislation when it comes to monkey and ape pets, especially after incidents like 2009’s chimpanzee attack in Connecticut, which illustrated in frightening detail that it’s not just the animals that can suffer when primates live as pets. Life with an unhappy pet primate can be miserable, if not downright life-threatening, for the human owner. Courts are recognizing this and the window of states which allow the sale of primates is closing.

The breeders who supply primates to the pet industry are highly unregulated and rather cunning. They breed their animals to turn a profit, and try to circumnavigate laws affecting their business. After the passage of 1975’s Convention on International Trade in Endangered Species of Wild Flora and Fauna, it became illegal to import primates into the United States, so breeders have had to rely on the stock of primates already in the U.S. to supply pets for years to come.

Primates bred in the United States are taken from their mothers at infancy, as younger pets are considered more desirable. In the wild, they would enjoy maternal nurturing for years, and so the pets that are denied this chance often exhibit aberrant behavior involving compulsive self-injury, rocking, and aggression.

Breeder education to the buyer is often little to nonexistent when it comes to properly caring for the needs of a new primate pet. As veterinarian Thomas J. Blair explained in a 2005 article, “One of the largest brokers of pet monkeys in the eastern U.S., advertises on its web site that its employees spend up to two hours with new monkey owners educating them about everything they need to know about monkeys. I’ve been in exotic pet practice for 11 years and received training at the Cincinnati Zoo. I can say with certainty that two hours is barely enough time to realize that you will never know everything you need to know about monkeys.” 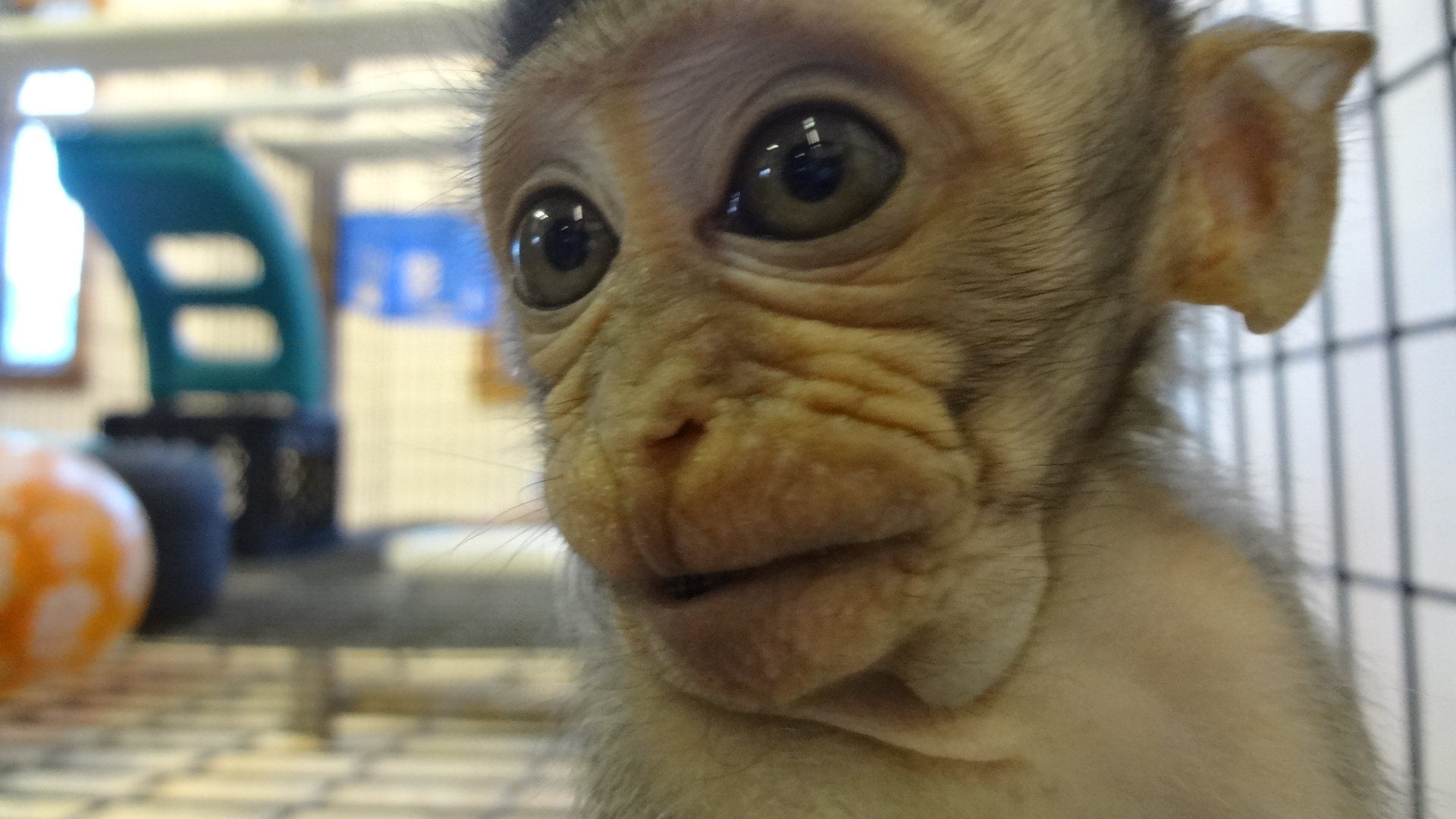 Carlos was surrendered to the PRC when his owners realized he deserved more than life as a pet.

Do you still want a pet primate?

If you live in a state that prohibits the sale of exotic pets, a person with the right amount of dedication and cash could procure a pet monkey on the Internet without much trouble at all. And then – surprise! The sought-after infant pet grows up quickly and his or her owner is thrust into a lifetime of expensive care and faces a variety of legal woes if the exotic animal is discovered by officials, including confiscation, fines (up to $25,000), jail time, and even felony convictions.

Underground trade in wildlife is a multi-billion dollar industry worldwide. Illegal exotic animal dealers operate under all radars, meaning the animals they breed and sell have no guarantees when it comes to their health, manageability and upkeep. What is promised to the buyer may be completely false at worst, and unrealistic at best, often leaving the buyer stuck with an uncontrollable or ill animal and no protections to get his money back. Owners are often reluctant to report aggression, injury or find veterinary care for primates they illegally harbor in their home.

In late 2013, a South Carolina couple was swindled out of their money by a “breeder” who promised them a pet for $300 (primate pets are illegal in South Carolina, so this was not a legal breeder). In the end, the breeder took their money and disappeared, leaving the couple without they “adorable doll baby face” monkey they very much desired. This happened again in Arkansas in early 2014.

Such dishonesty and extortion is not an isolated incident. Scams abound involving wire-transfers and money orders to foreign countries, promising monkeys delivered to the buyer’s door or delivered by a “friend” of the seller.

In October 2013, a parking-lot exchange over the sale of a capuchin monkey turned dangerous when the potential buyer pepper-sprayed the woman selling her pet… before he grabbed the pet and stole him. This occurred in Colorado, where private ownership of capuchins is illegal.

If you’re a fan of monkeys and apes, and would rather not waste money supporting harmful practices, a wiser choice would be to direct your hard-earned dollars to legitimate primate sanctuaries, such as those recognized by North American Primate Sanctuary Alliance (NAPSA). These nonprofit organizations, like NAPSA member Primate Rescue Center, provide life-long care to primates, many of whom were rescued from deplorable situations where they were kept as pets.

Primate sanctuaries need your help! Demand for sanctuary care grows with every year because increasing numbers of pets are either rescued or voluntarily handed over when their owners can no longer properly care for them. These pet owners either did not heed warnings like those in this article, or unwisely thought they would beat the odds. In the end, both they and their pets suffered as a result.

Do not support primate breeders and do not buy pets from illegal pet vendors.

Focus your attention instead on making that unicorn ride through a rainbow come true. That’s more likely to happen than purchasing a monkey or ape and living happily ever after with your new pet.