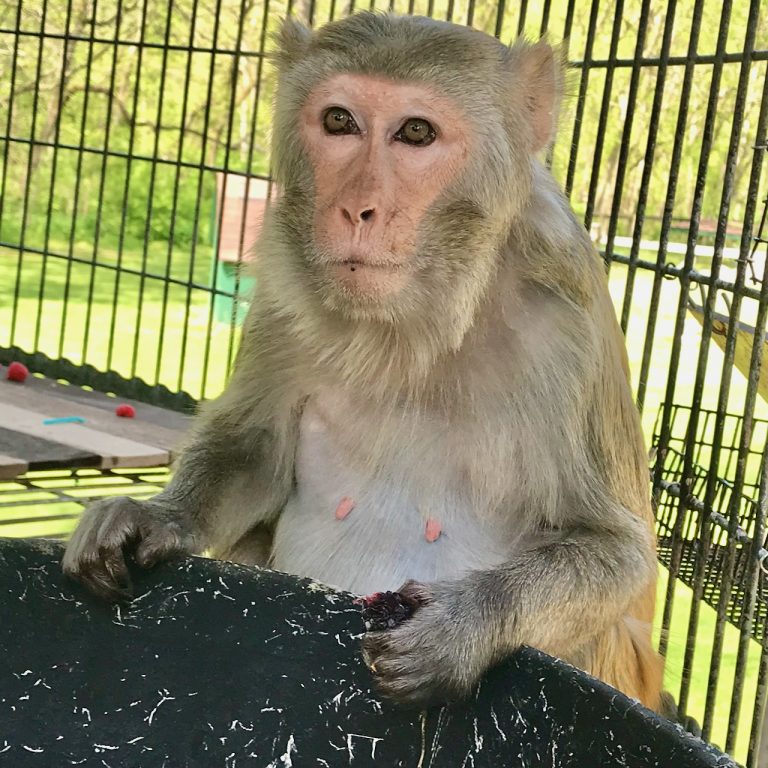 Donate in Memory of Bailey

Our strong and loving friend Bailey rhesus macaque passed away peacefully on March 23, 2021. Bailey had developed debilitating arthritis and muscle atrophy, and unfortunately, the treatments given were not able to stop the progression and improve her quality of life. Our veterinary team decided the most humane path ahead was to ease her pain and suffering. Bailey is survived by her two grown children, Sawyer and Jane, who were given an opportunity to see Bailey and say their goodbyes.

Bailey began her life in a breeding facility where she was taken from her mother as a baby and sold to humans to become a pet in a private home in Ohio. When Bailey was around three years old, her owners decided that it would be best for Bailey to live her life with other monkeys, and she arrived at the Primate Rescue Center in 2002.

Bailey met Dewey rhesus macaque, and the pair quickly formed a close bond. Although Dewey had several vasectomy procedures, their union produced Sawyer and Jane. Bailey was an excellent mother. Despite not being raised by her own, Bailey’s maternal instincts kicked in immediately, and she knew just what to do to keep her babies safe, healthy, and nurtured. Bailey lived with her children for the rest of her life in sanctuary. Although we discourage breeding at the sanctuary, Bailey’s experience of having children forever changed and enriched her life in so many ways. And, unlike so many primates in the pet trade, she never had to endure a painful separation from her babies.

Bailey was a lively and feisty monkey, and her priority was always caring for and protecting her family. Bailey especially relished her daily breakfast bounty – and never left a tasty crumb behind. Some of Bailey’s favorite foods were peanuts, lettuce, bananas, grapes, and avocados. Bailey loved to groom Sawyer and Jane, and the three would often lay together and form a grooming train in the early afternoons. Bailey also enjoyed receiving paper bags and straw to search through, tear apart, or use as bedding. She also loved the frozen treats and pools of water her family received during hot summer days.

Bailey will always be remembered for her spunky yet serious personality, for her gentleness and caring nature, and her sweet lip smacks and vocalizations when she was happy. 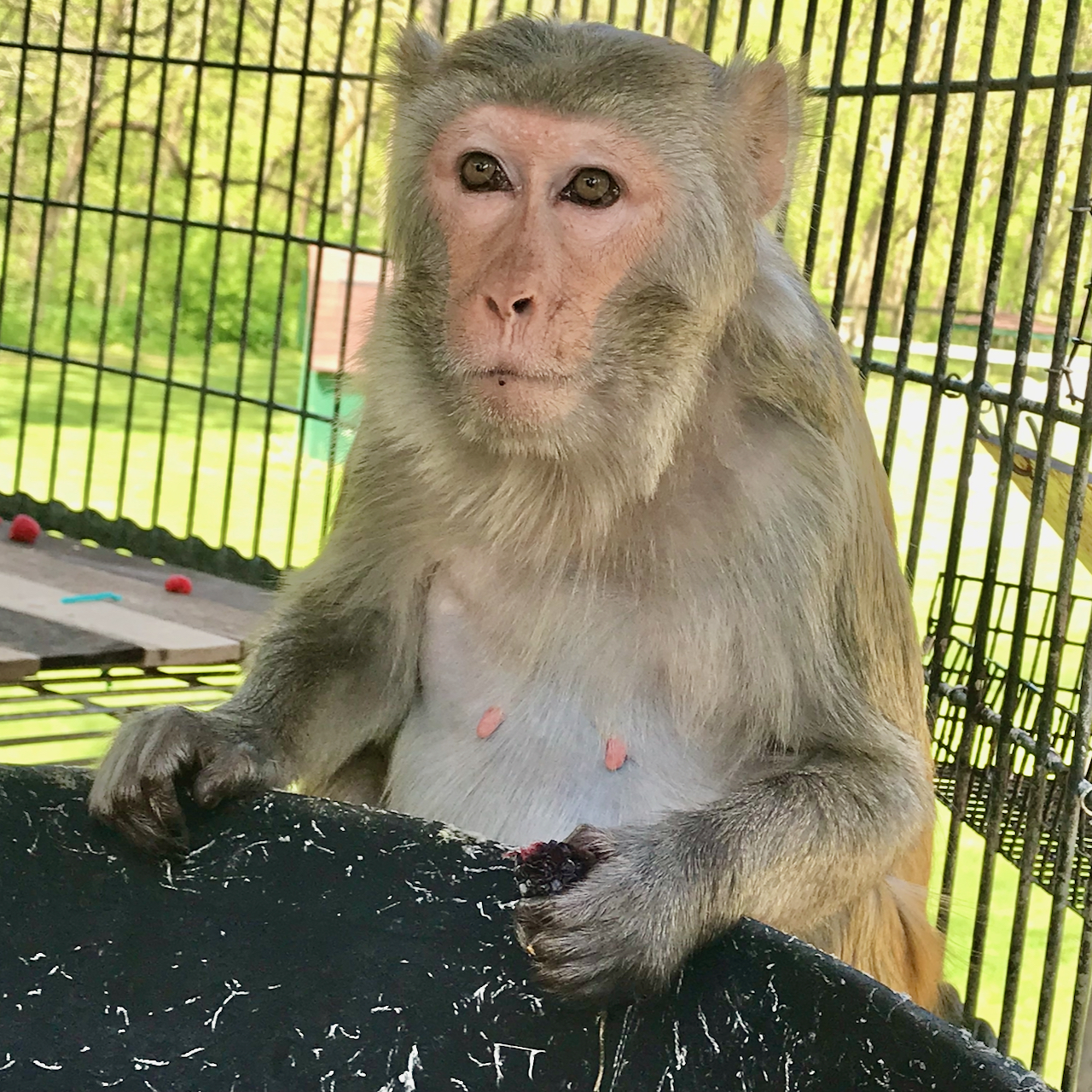 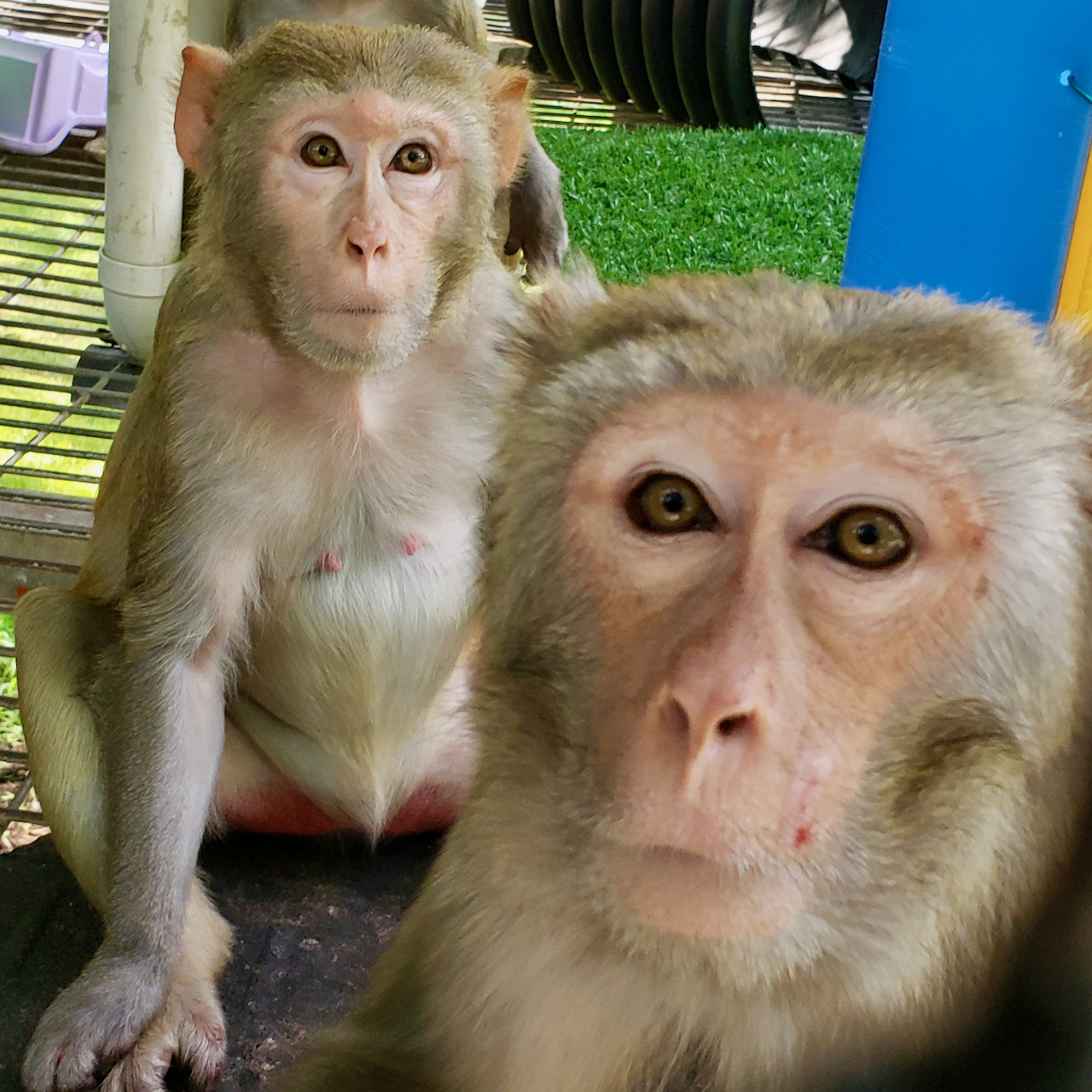 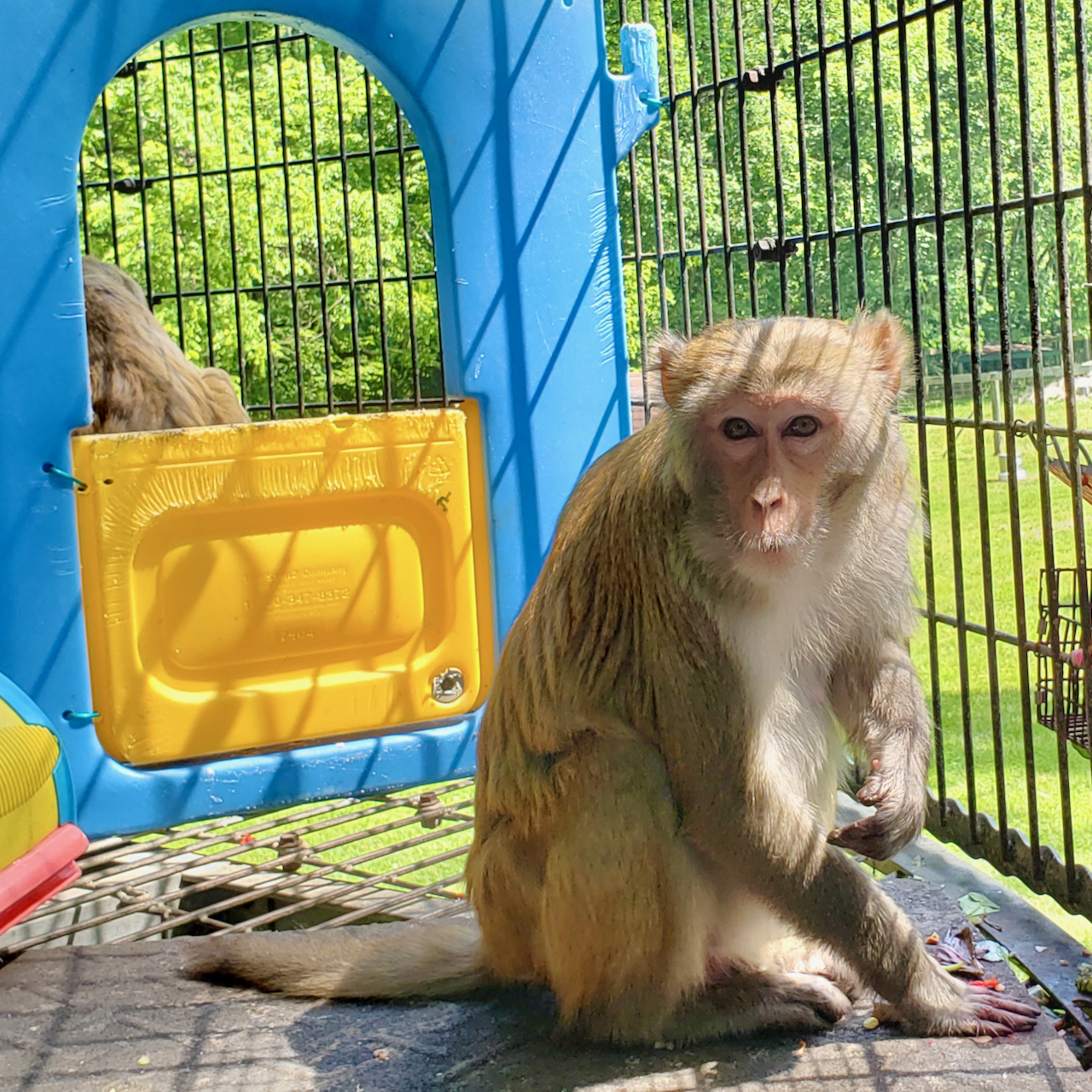 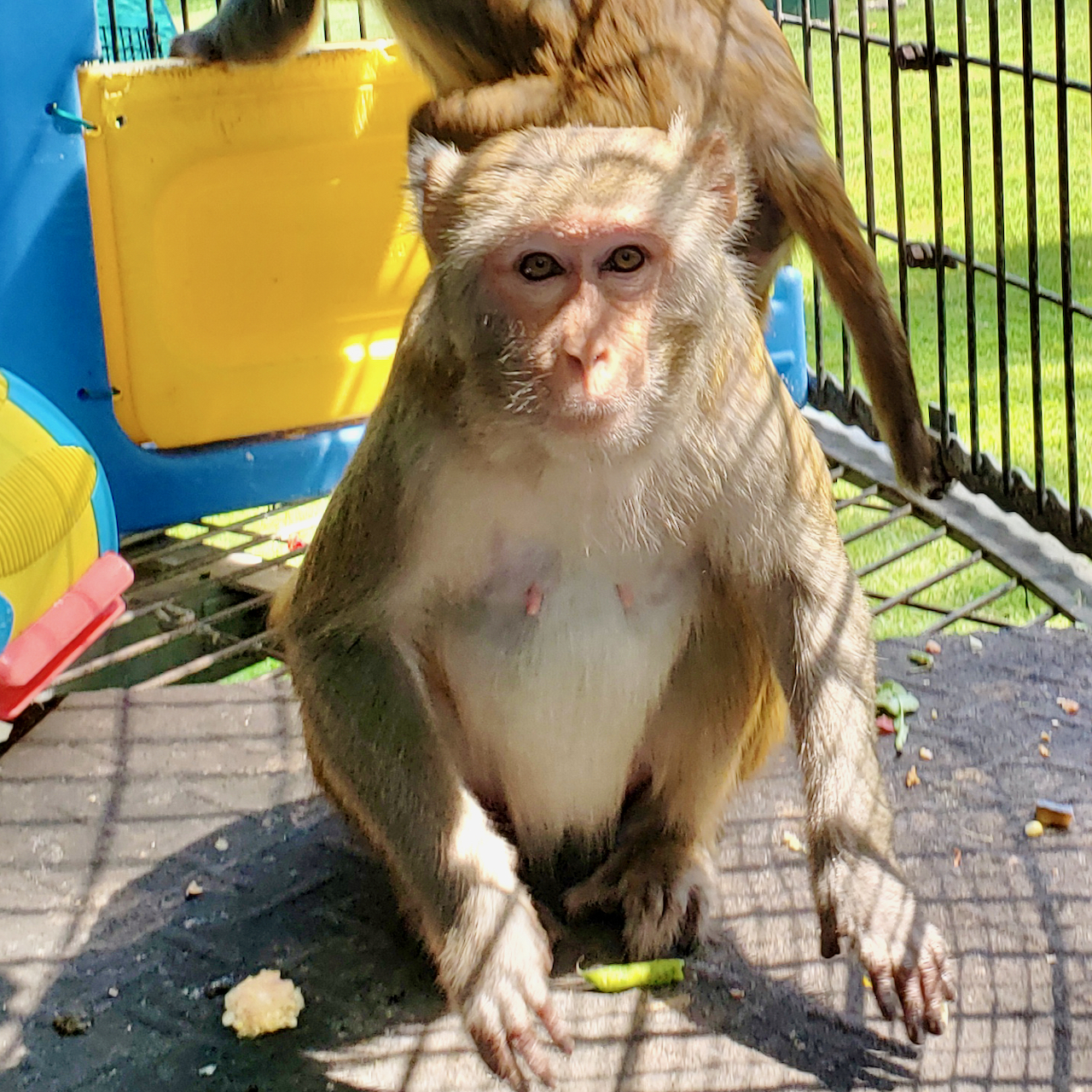 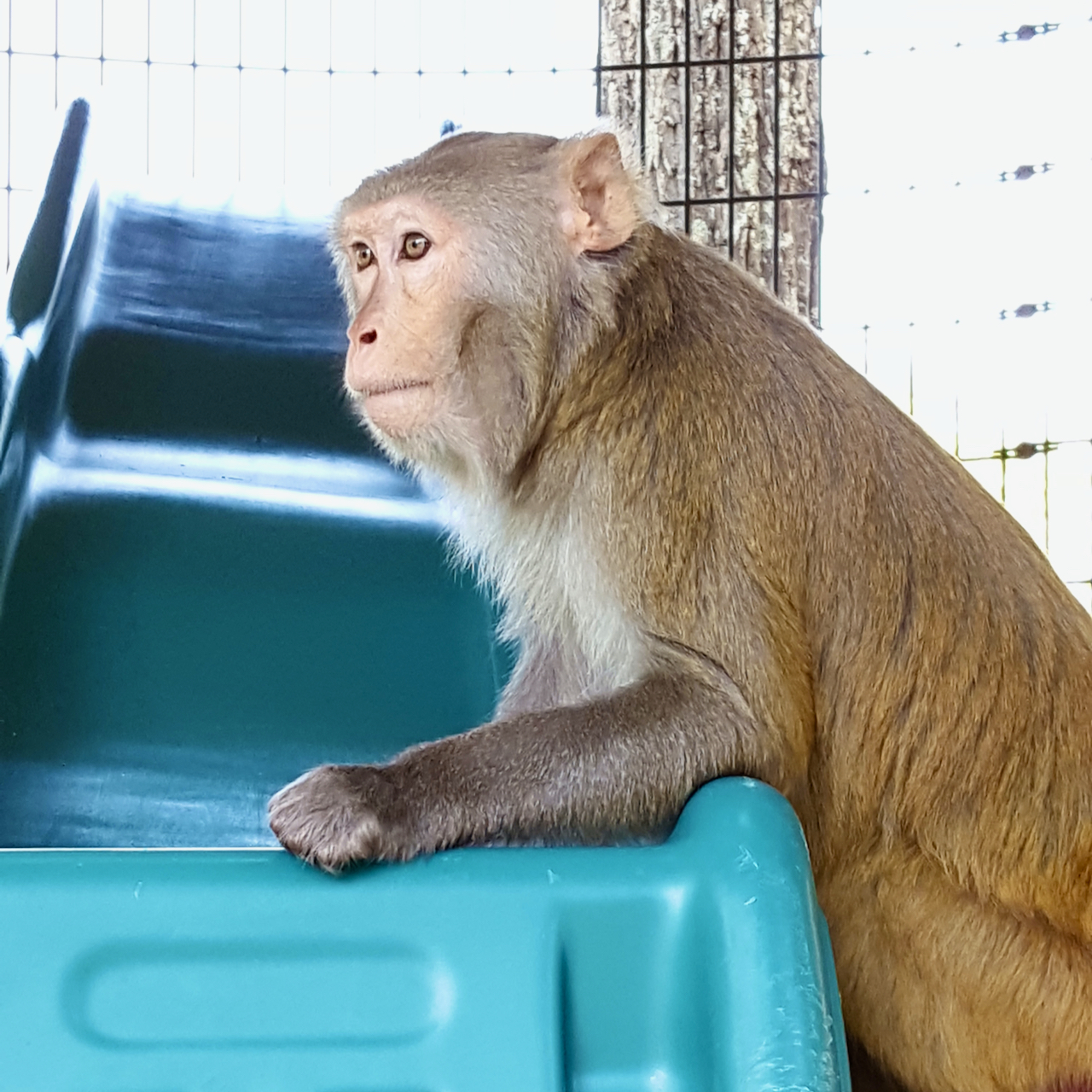 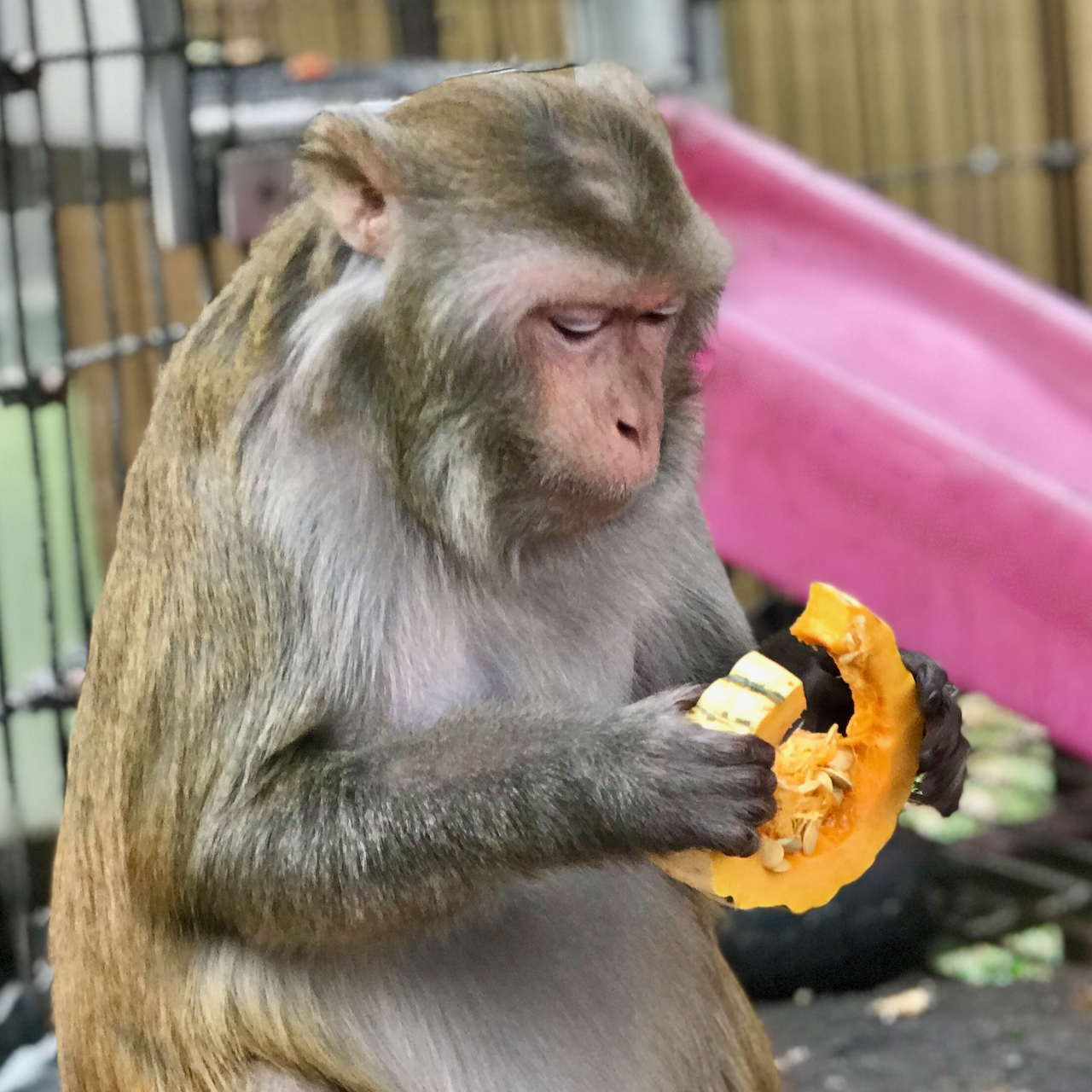 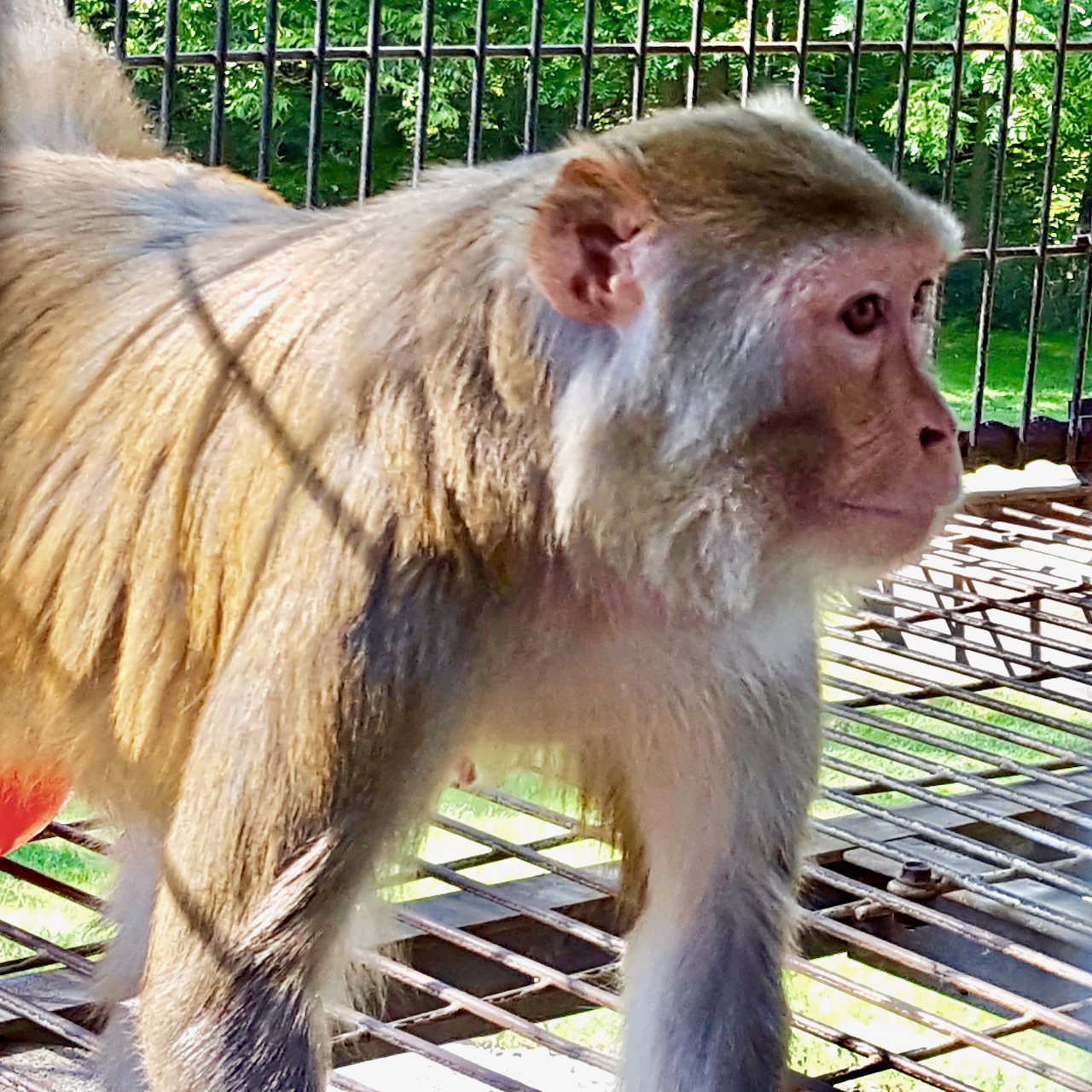 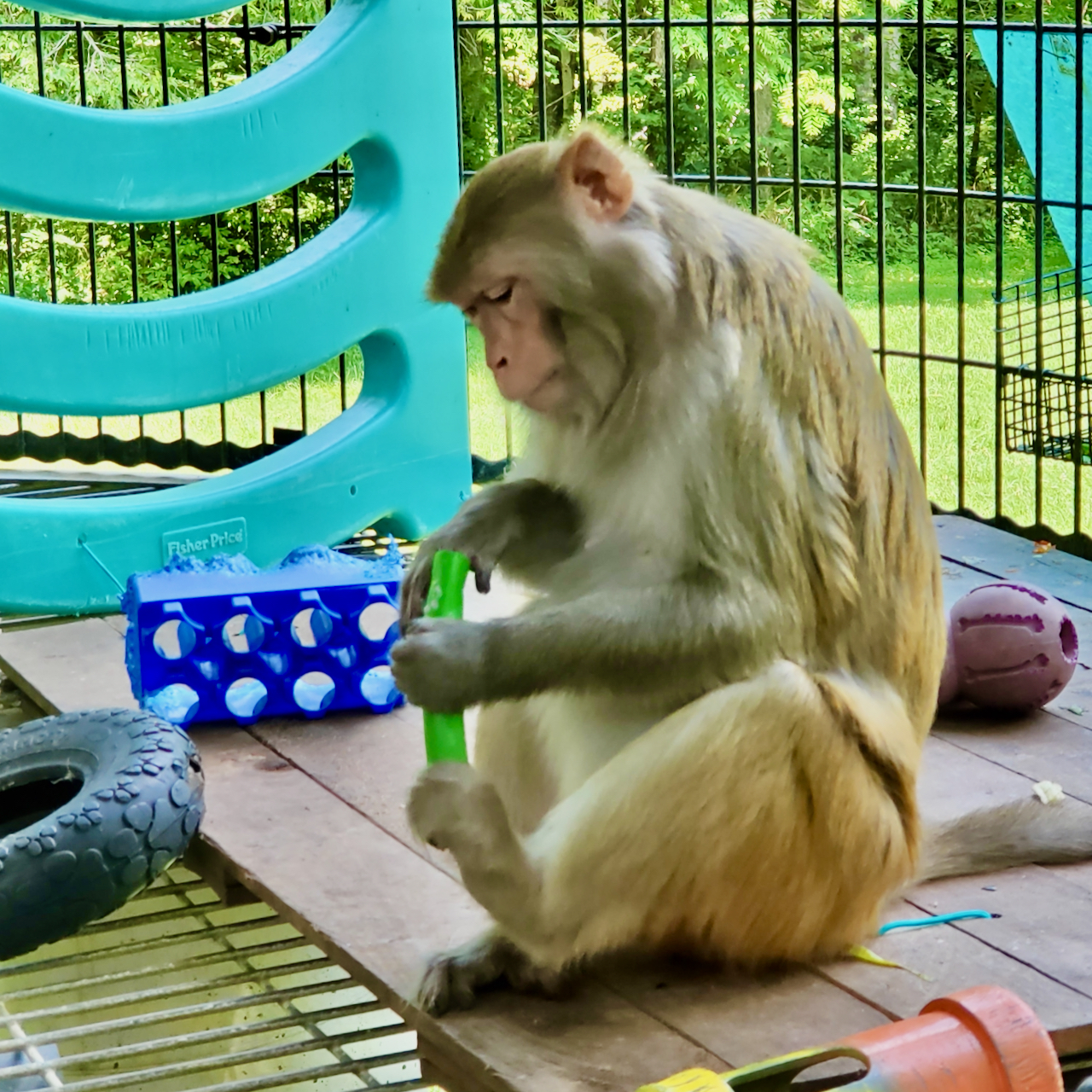 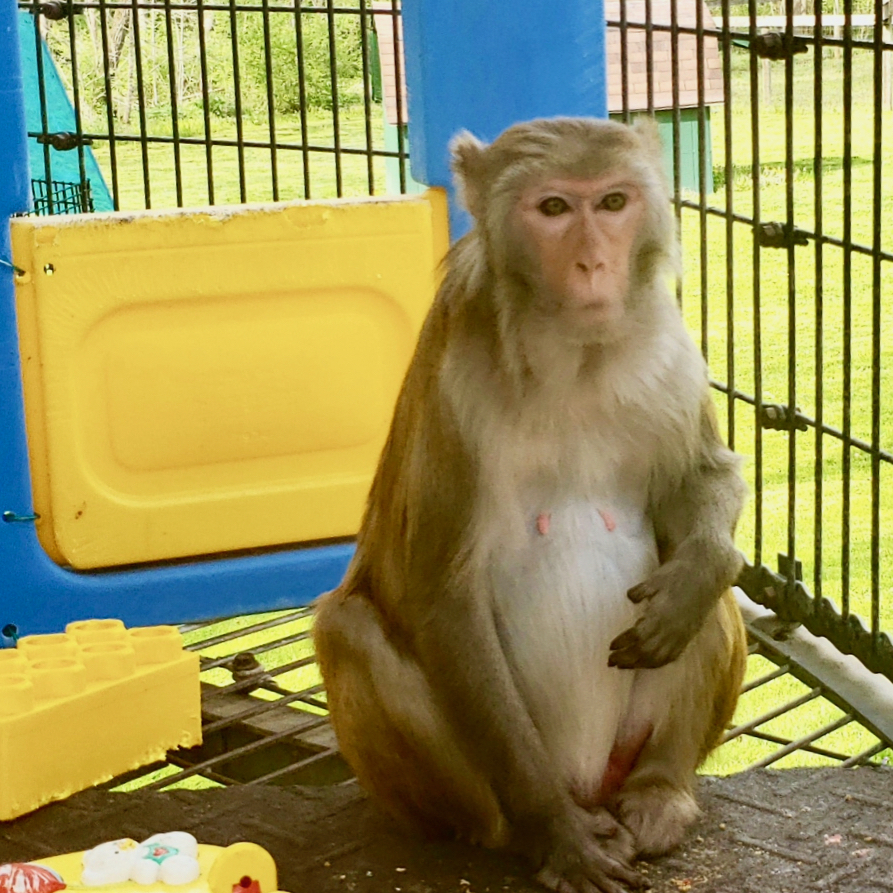 END_OF_DOCUMENT_TOKEN_TO_BE_REPLACED

Jane is a rhesus macaque who is one of two primates born at the Primate Rescue Center—despite our preventative measures. Each non-human male primate living at the sanctuary undergoes a vasectomy procedure by our veterinarian to prevent births in captivity. We still...

END_OF_DOCUMENT_TOKEN_TO_BE_REPLACED 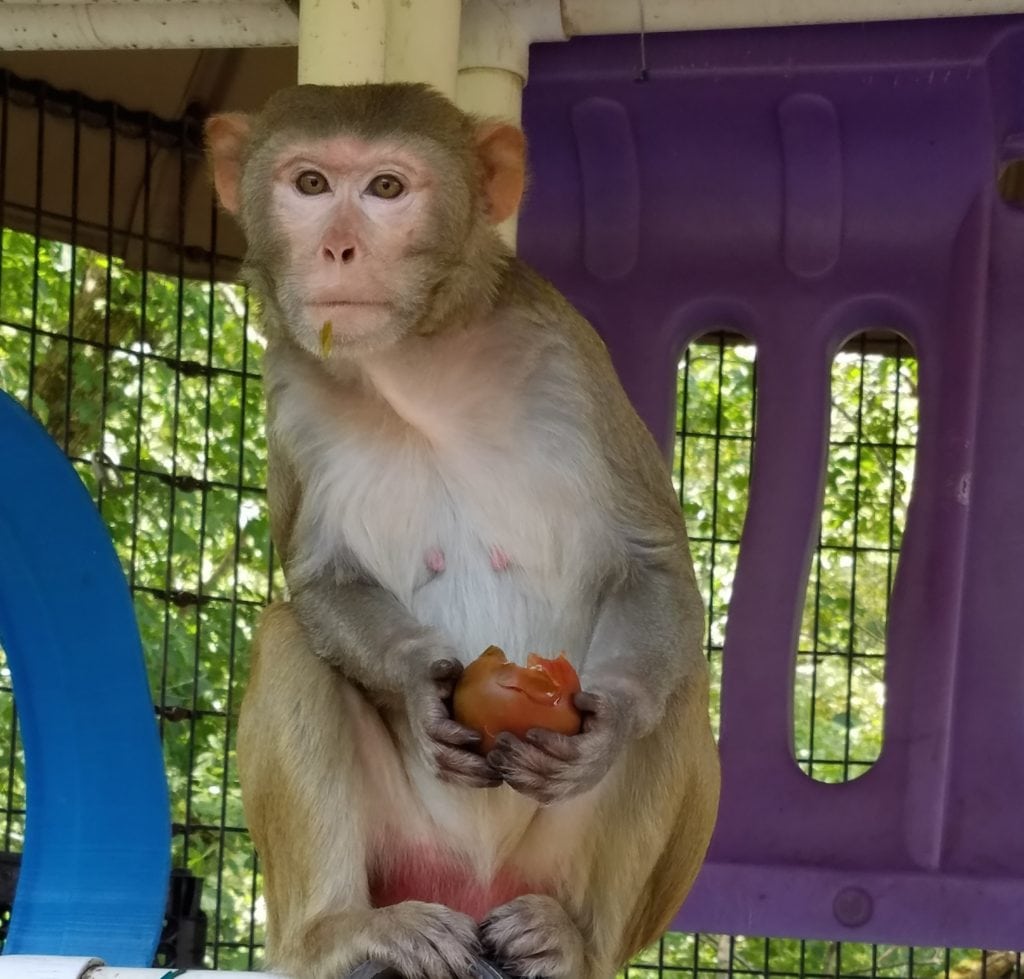