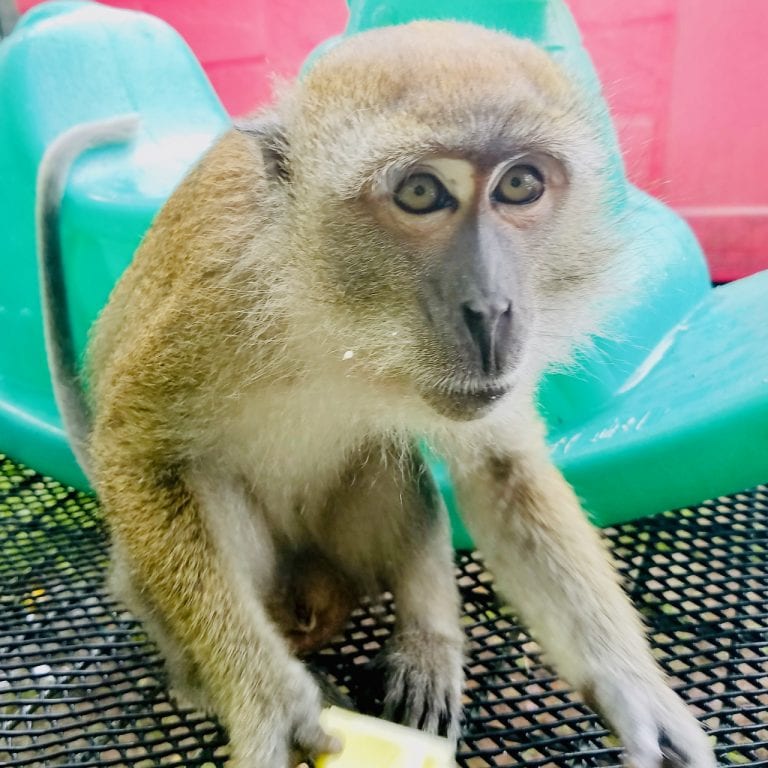 Carlos is a long tailed macaque who was surrendered to the PRC in September of 2013. Carlos came to Kentucky all the way from Abilene, TX where he was rescued from the pet trade when he was just 3 months old. Carlos was successfully introduced to two of our older residents, Dewey and Crunchy. They adopted him into their family with open arms. Carlos was so full of energy that he was later placed with a younger macaque named Luke, with whom he now spends his days playing and grooming.
Become My Pal