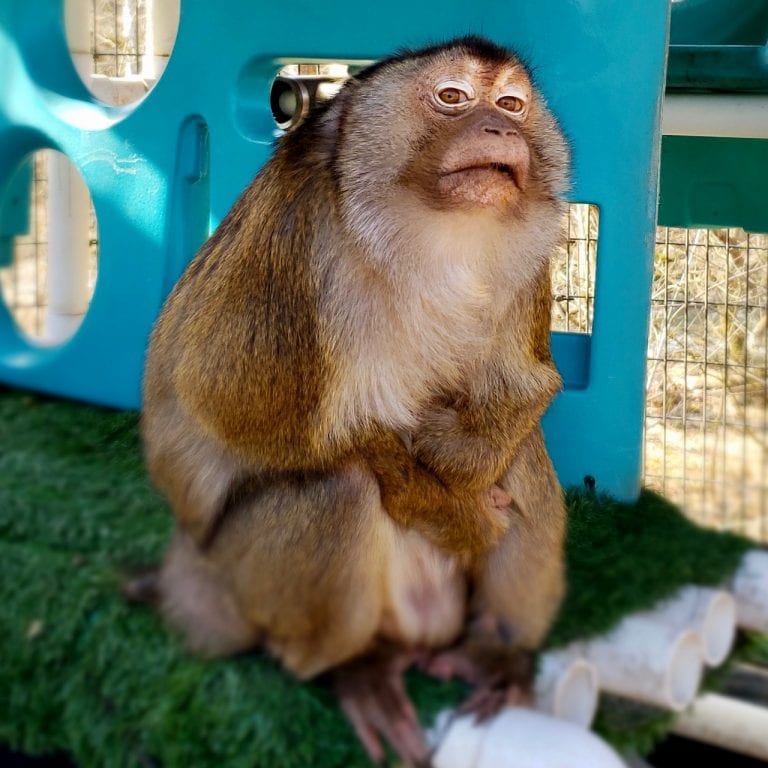 Maddie is a female pigtail macaque who we estimate to have been born in 2005. She lived for two years in a private home in Michigan but was brought to the Primate Rescue Center in 2007 when her former owner realized she needed the companionship of other primates to live a more normal, healthy monkey life.

Maddie and Jake both have unique personalities and are very respectful of each other’s space, but we have spotted them grooming in the early evenings after things settle down a bit at the sanctuary and everyone has eaten their dinner. Maddie is a very expressive monkey and will often be seen raising her brow and puckering her lips as a greeting to her caregivers. Both Maddie and Jake are a little shy when it comes to new people and will often peek from behind their enrichment to get a better look at any new volunteers or visitors at the sanctuary. Maddie loves her creek-side home and enjoys chatting with her monkey neighbors and catching bugs who venture into her enclosure. Her favorite foods are peanuts, avocados, grapes, sweet potatoes, cherries, and peaches. 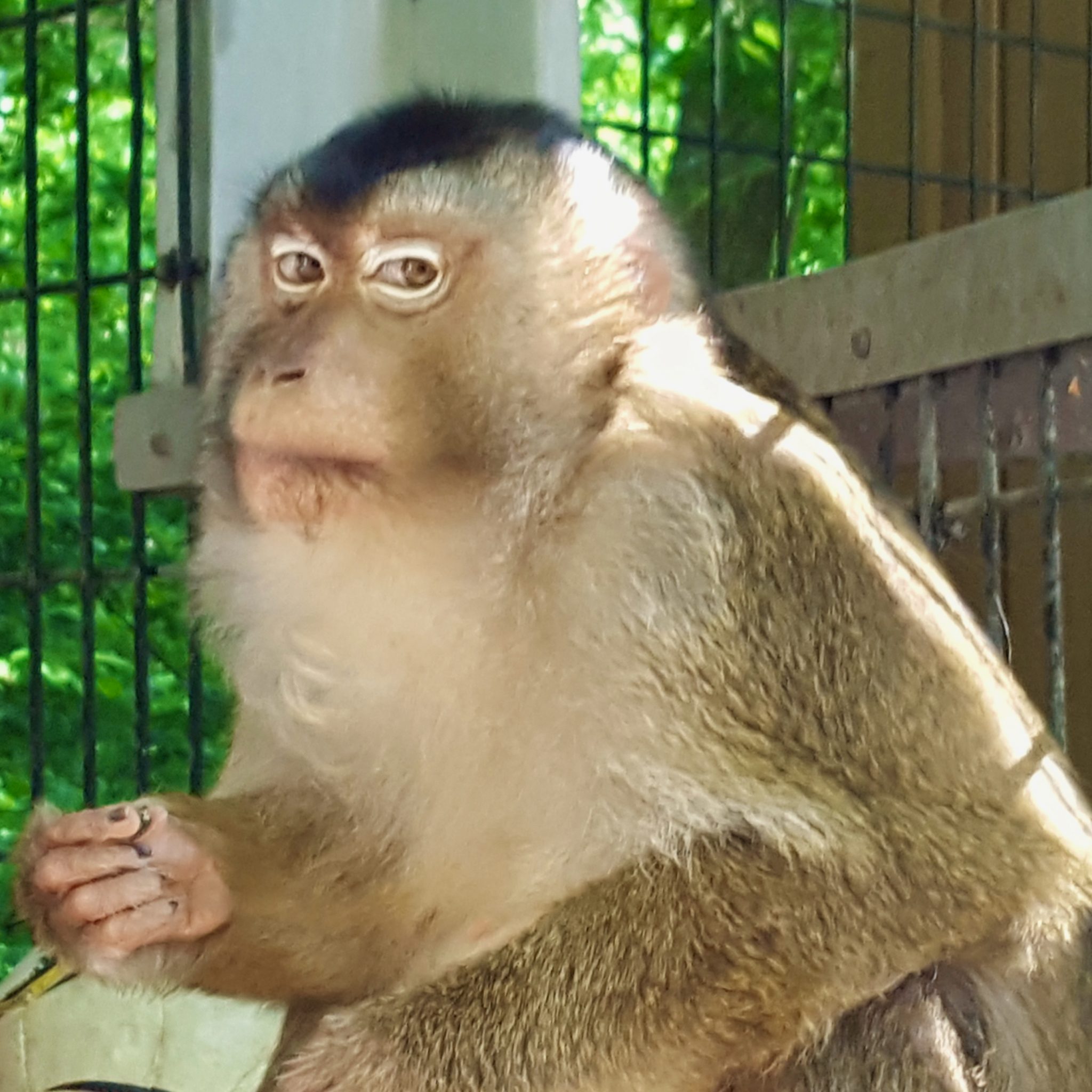 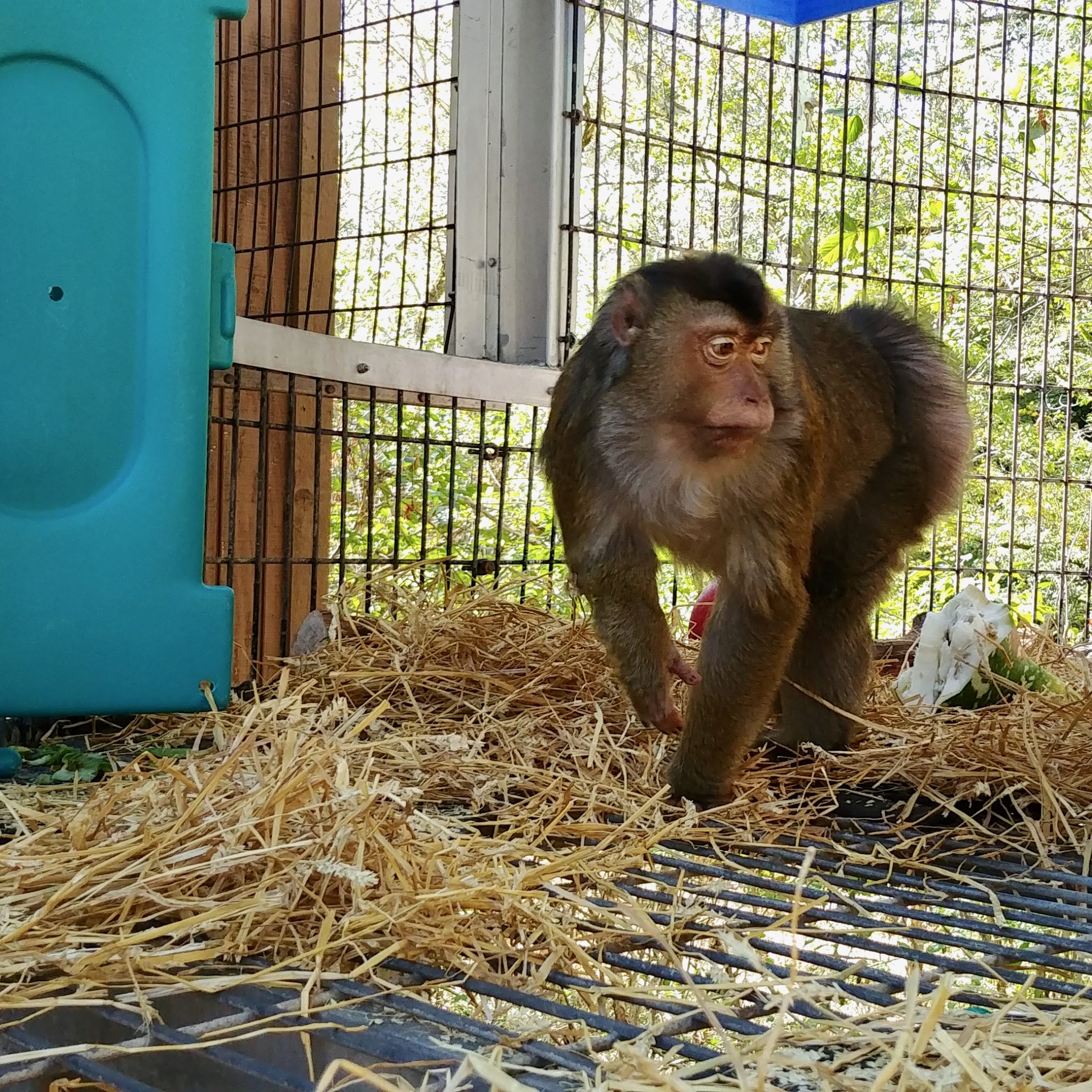 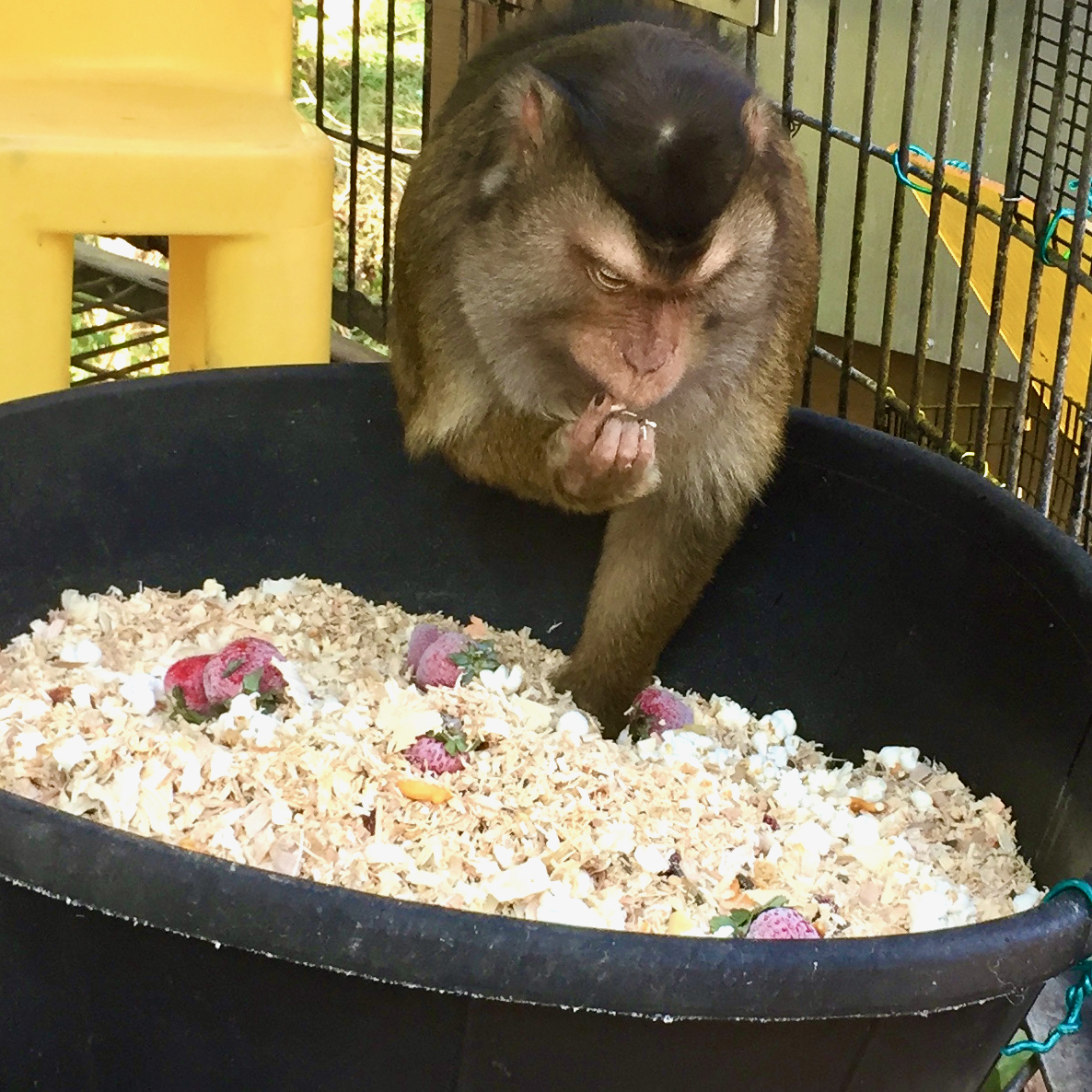 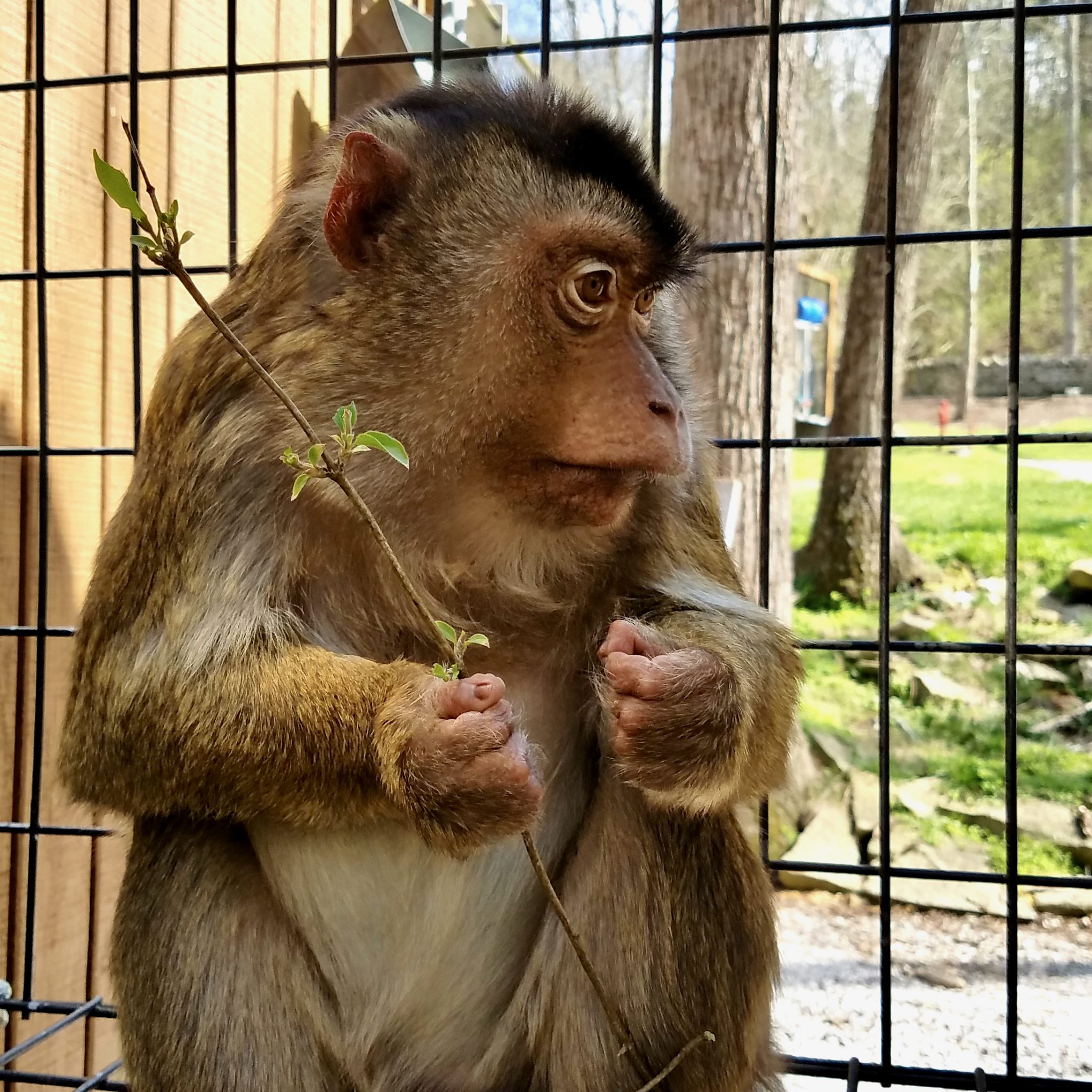 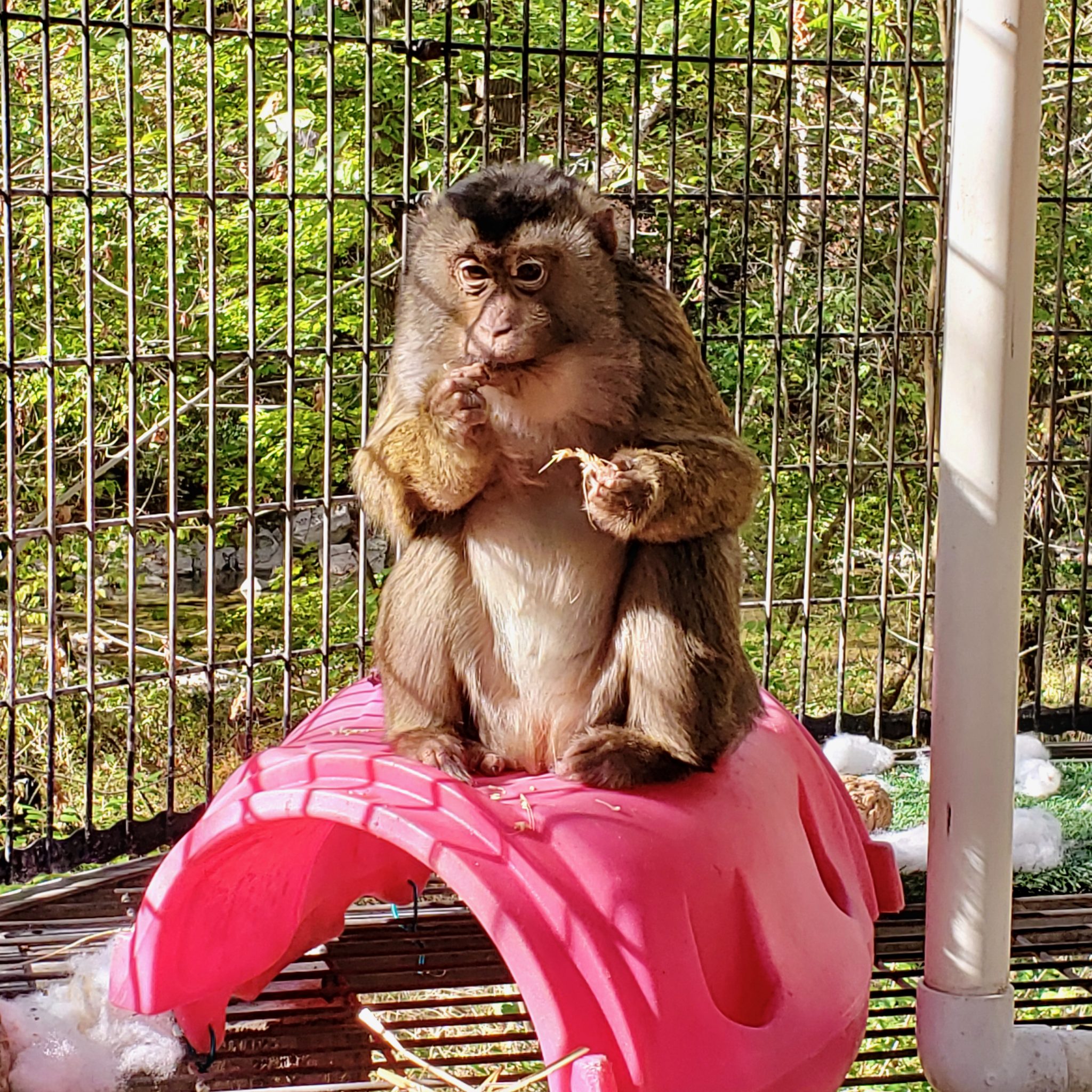 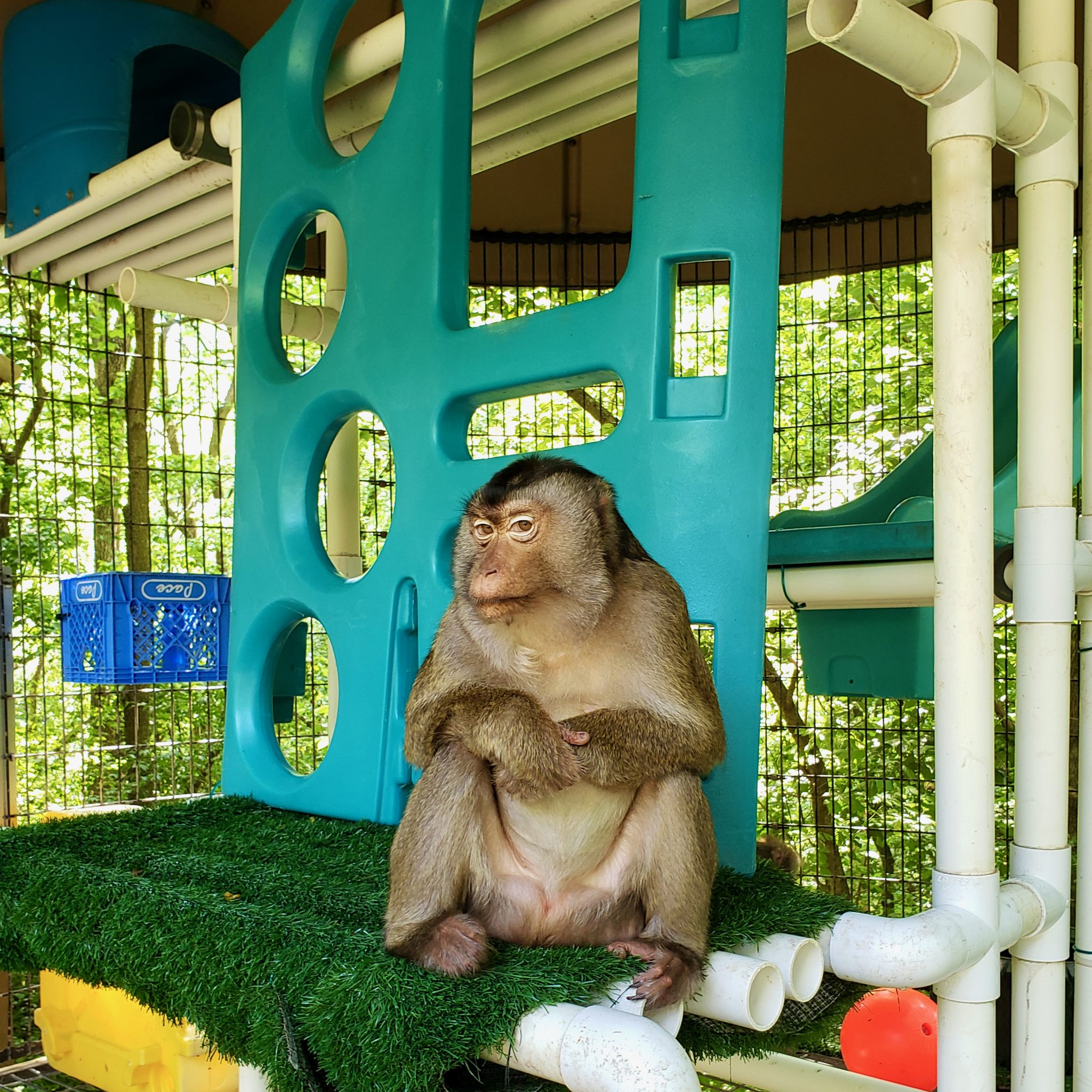 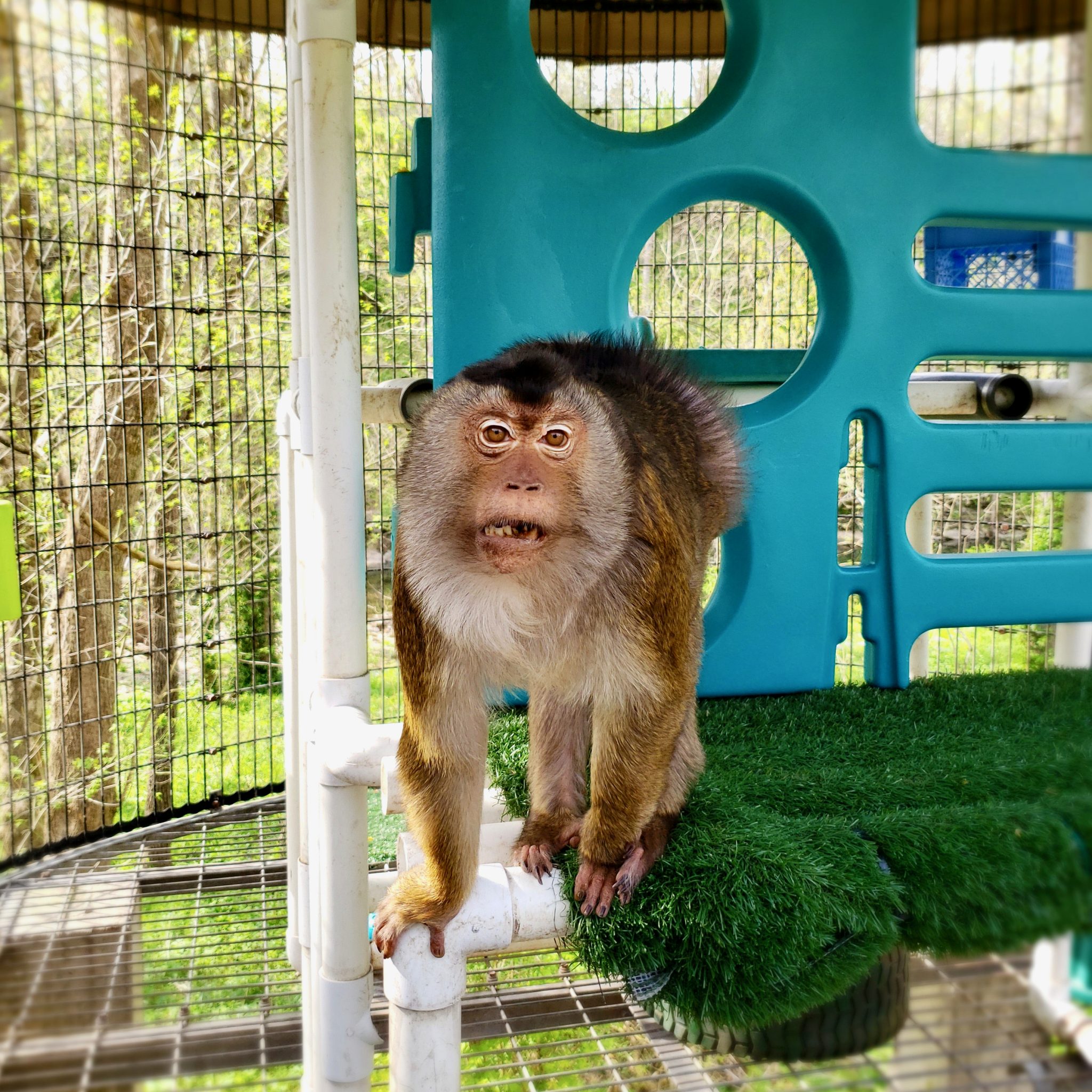 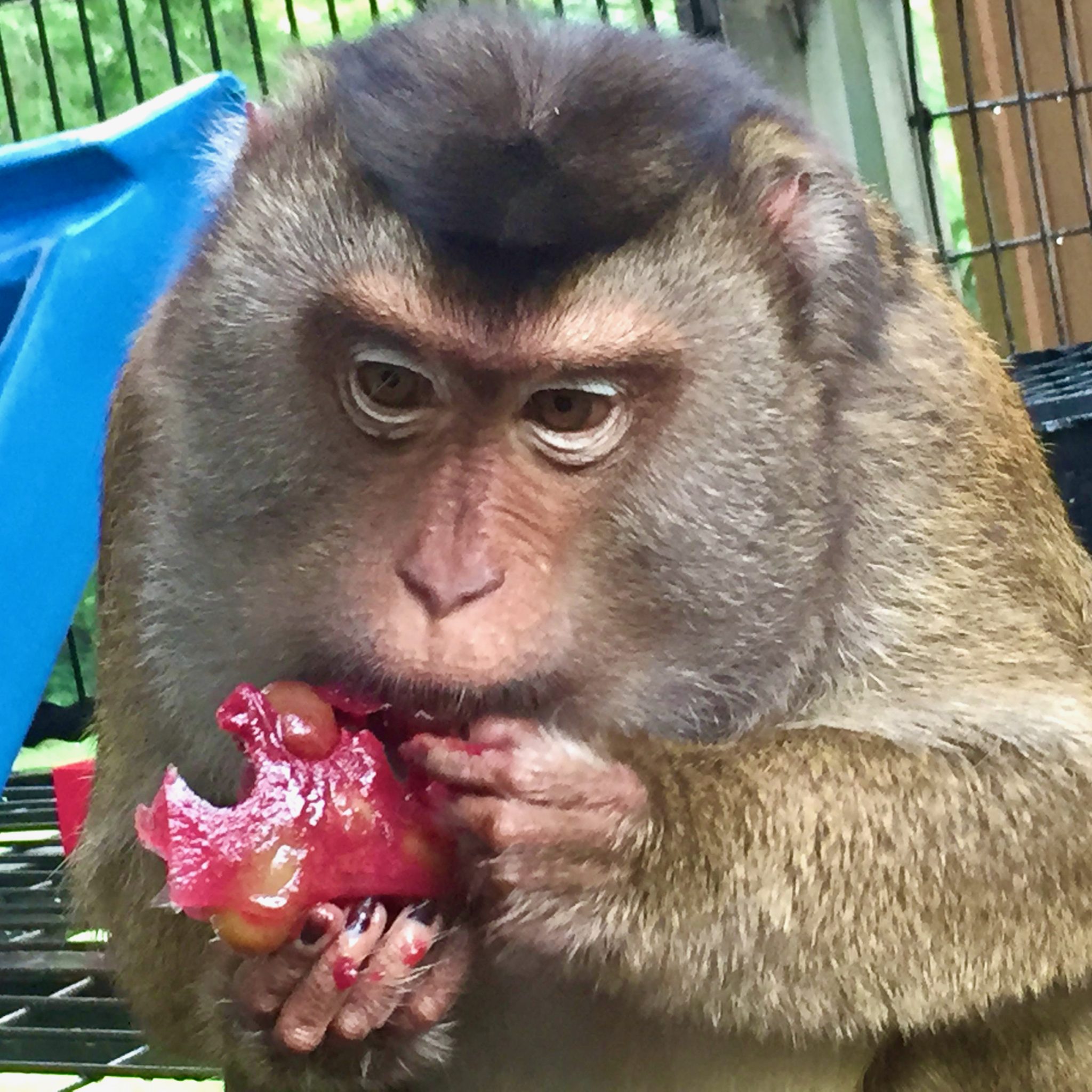 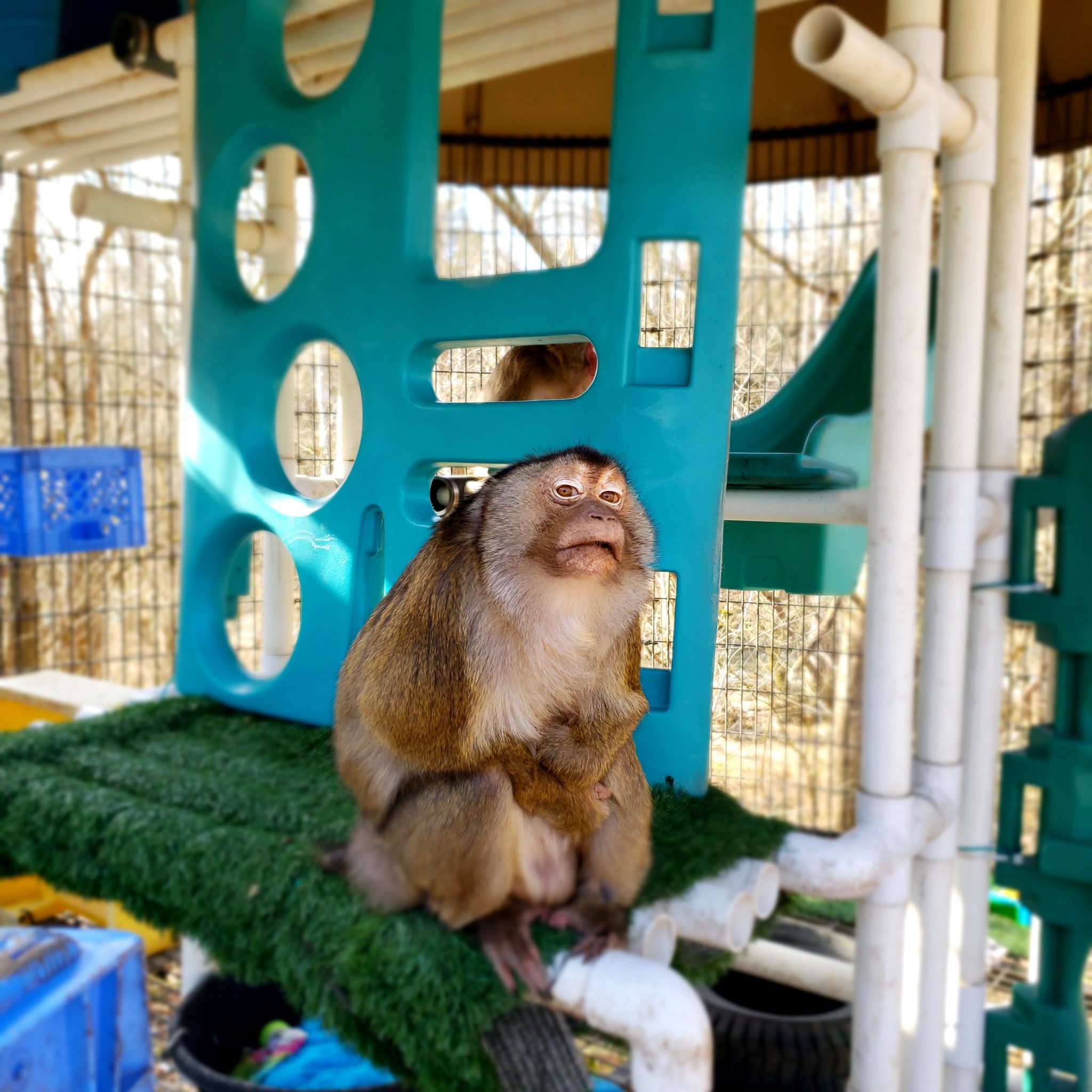 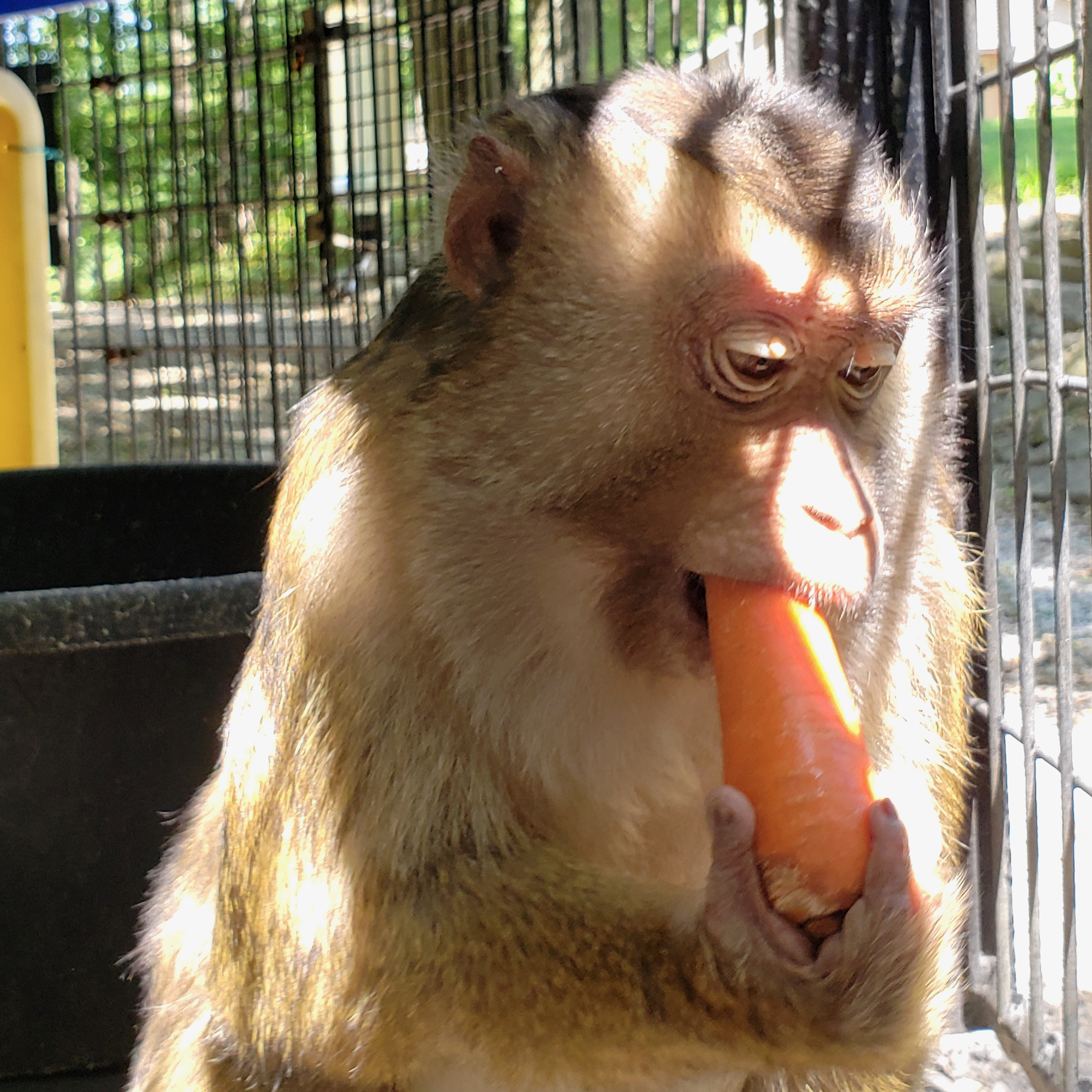 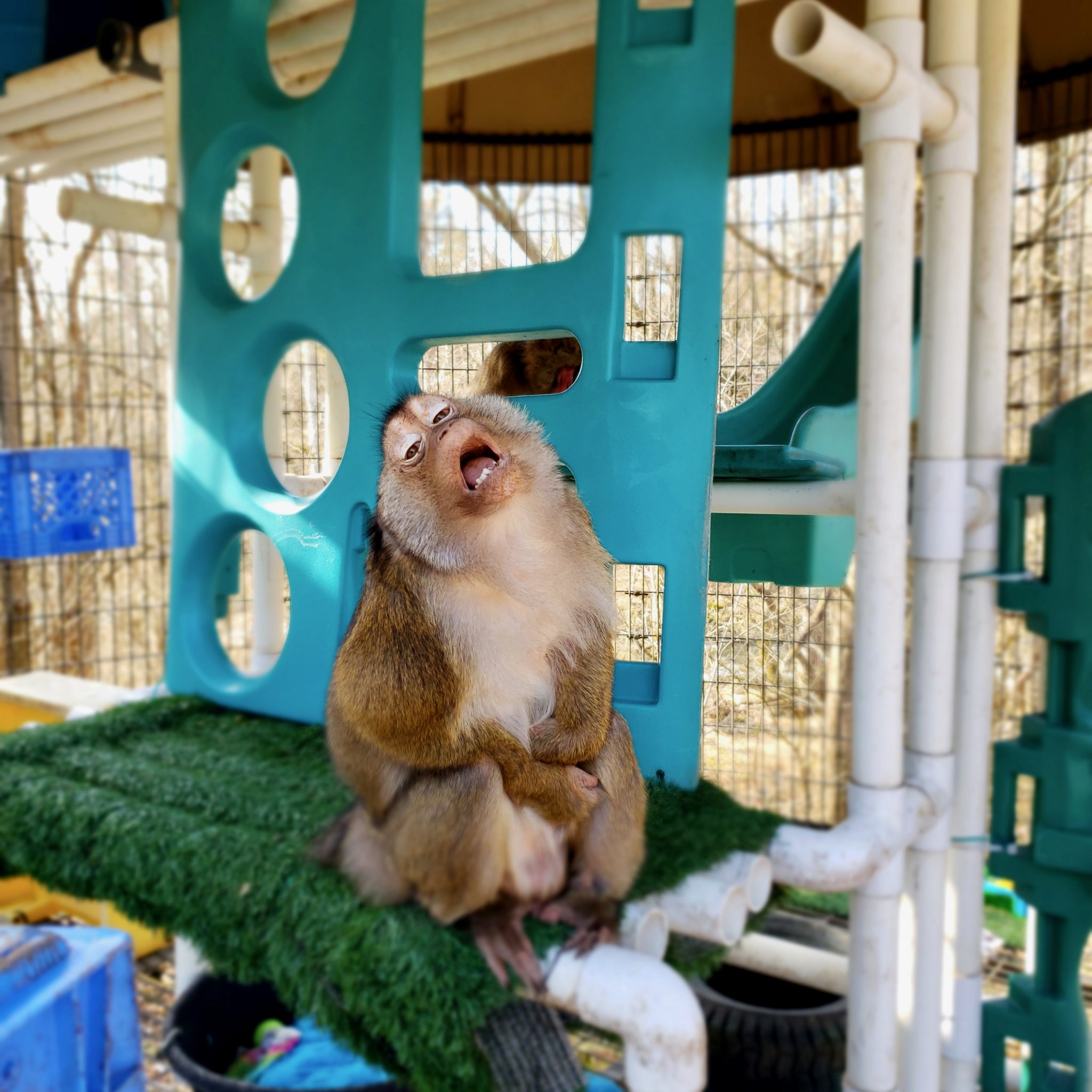 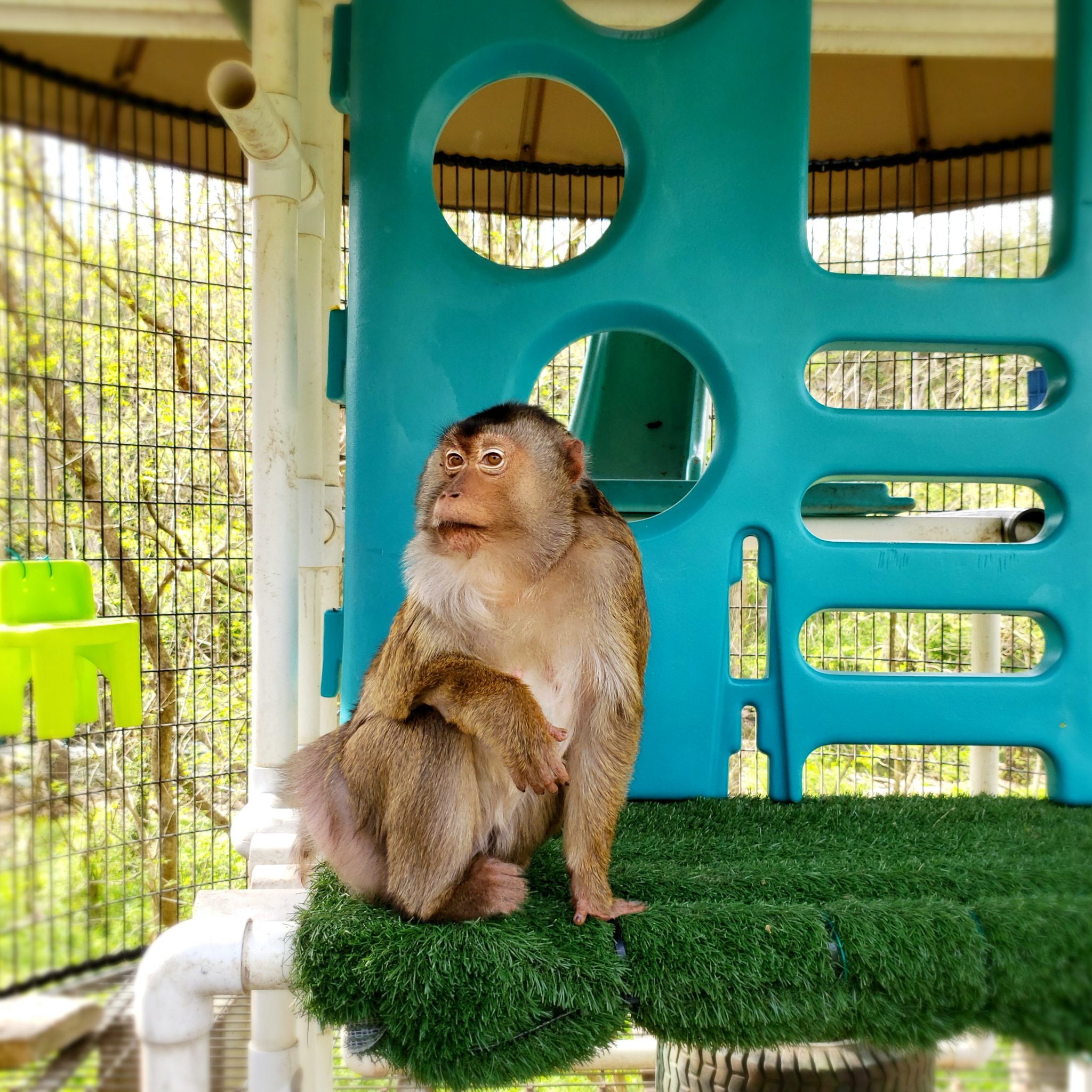 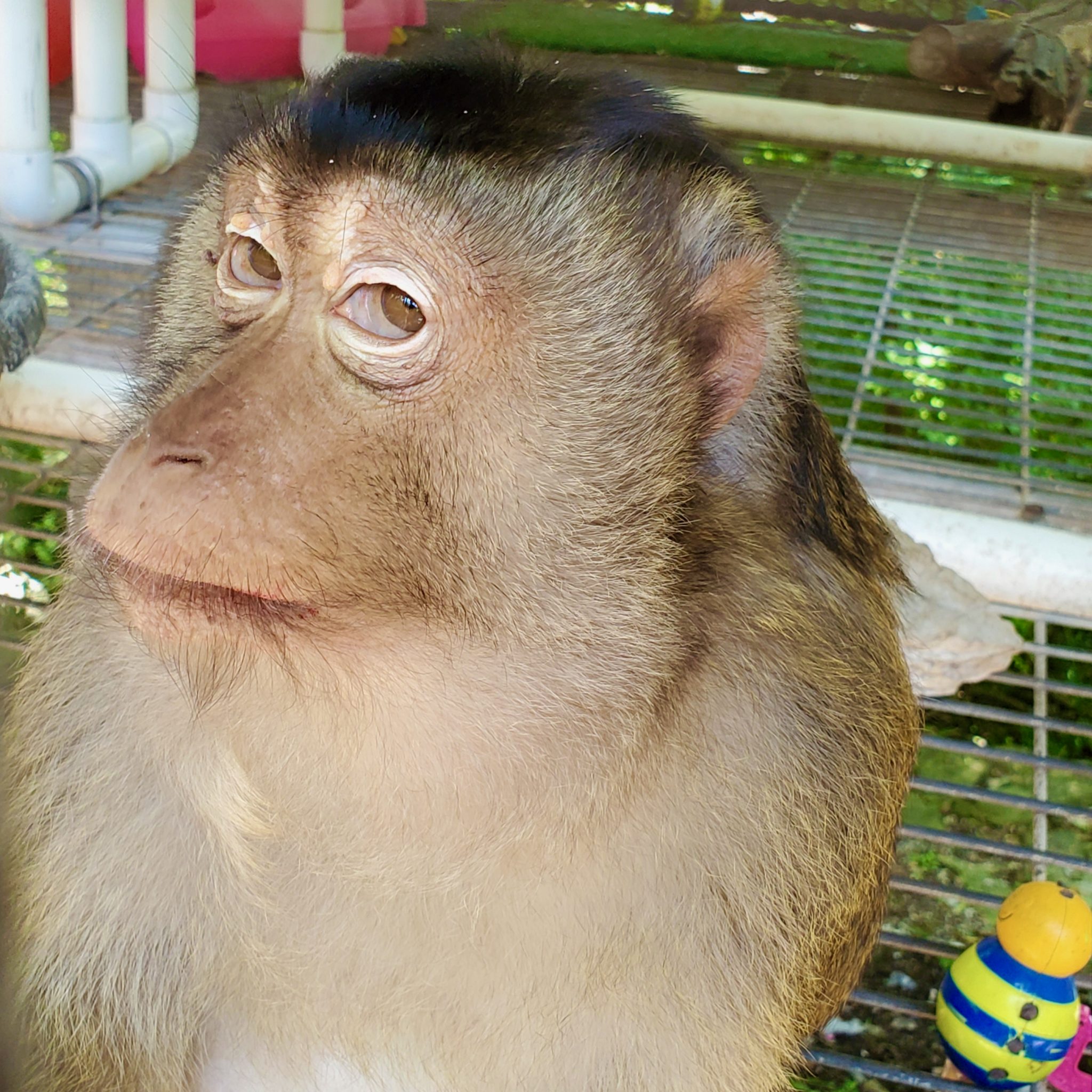 END_OF_DOCUMENT_TOKEN_TO_BE_REPLACED

The weather here in Nicholasville, KY has been scorching this summer! The primates love to cool off with tasty frozen treats, like homemade juice pops or frozen grapes, but their favorite way to beat the heat is with a pool party! Inside each monkey enclosure are...

END_OF_DOCUMENT_TOKEN_TO_BE_REPLACED

Opie and Maddie – Together at Last

Anytime we rescue a new monkey, we have several initial steps to begin their rehabilitation. We first assess their overall health with a full veterinary examination. Then, we help them get accustomed to our daily routine and healthy diet. Once they have become...

END_OF_DOCUMENT_TOKEN_TO_BE_REPLACED 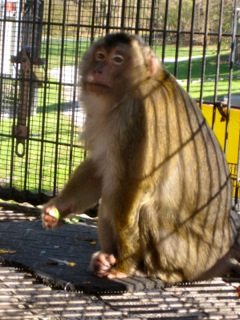