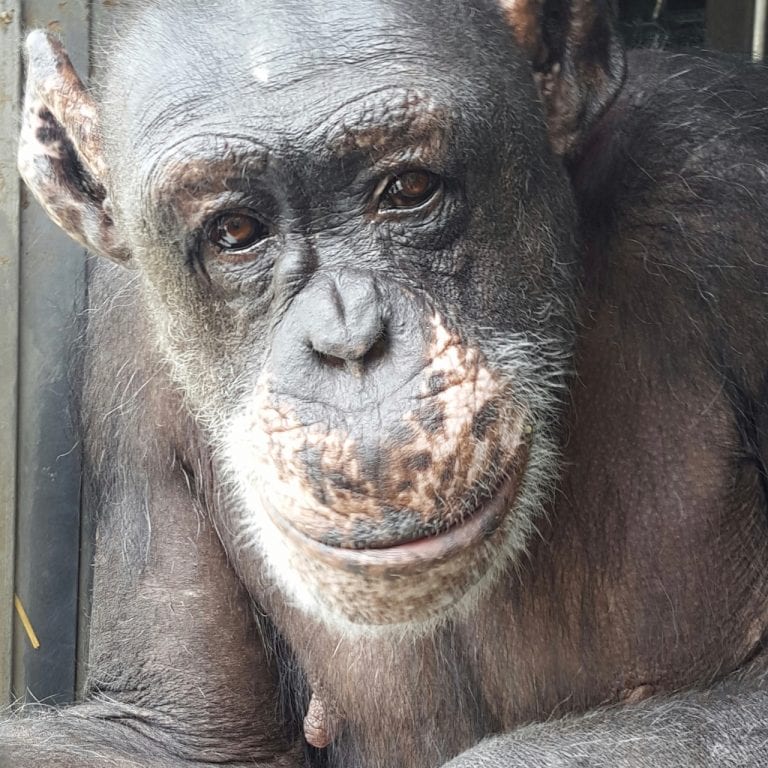 Victoria came to the PRC in 1998—along with Debbie (now deceased), Donald, Hazel, and Zulu—from Dahlonega, Georgia, where for decades they had been locked in a concrete bunker. As juveniles, Vicky and her companions moved freely about the rural property, treated practically as human children. Vicky wore pretty dresses, was taught to roller skate, and even sat for portraits at a commercial photography studio (activities the PRC strongly opposes). Yet for all their similarity to humans, chimpanzees are wild animals—big, imposing, and intelligent wild animals. So when Vicky and her cohorts finally became too big and too imposing, they were locked away.

This life change was apparently hardest on Vicky. The least dominant of the five, she had received little food in her former home. And because their diet had consisted primarily of highly processed junk food, she received inadequate nutrition and was severely malnourished. Upon her arrival at the PRC, she was a living skeleton, her coat sparse and gray rather than thick and black. What’s more, Vicky’s feet were severely deformed, making it difficult for her to climb around like a normal chimp.

Fortunately, it did not take long for Vicky to recover physically once she settled in here. She is now strong and healthy, and has nearly doubled her weight. She has formed strong relationships with most of the other chimps, and is protective and loyal to her closest friends, Hazel and Zulu. Vicky’s relationships with her human caretakers took more time to develop, but after much patience Vicky now occasionally craves their attention (usually when they have a treat in hand).

Vicky has a tendency to be a overly dramatic, and is easily upset when the boys play too rough or when another chimp gets a treat she wants. Most of the time, however, she likes to take it easy and is content to spend time with her companions. She enjoys building a soft bed to nap in for the day, and loves receiving paper or burlap bags from her caretakers to make it even more comfortable. 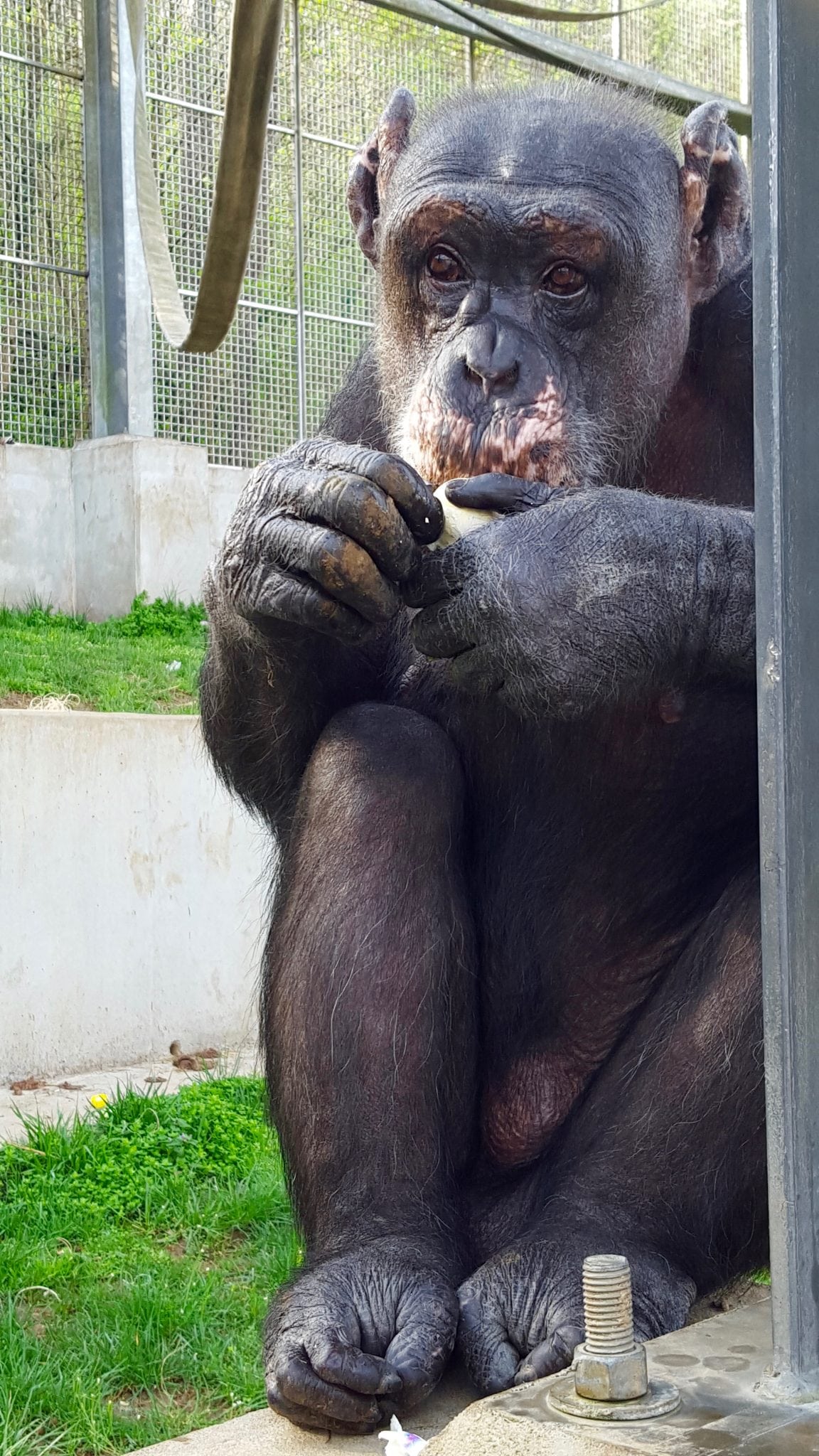 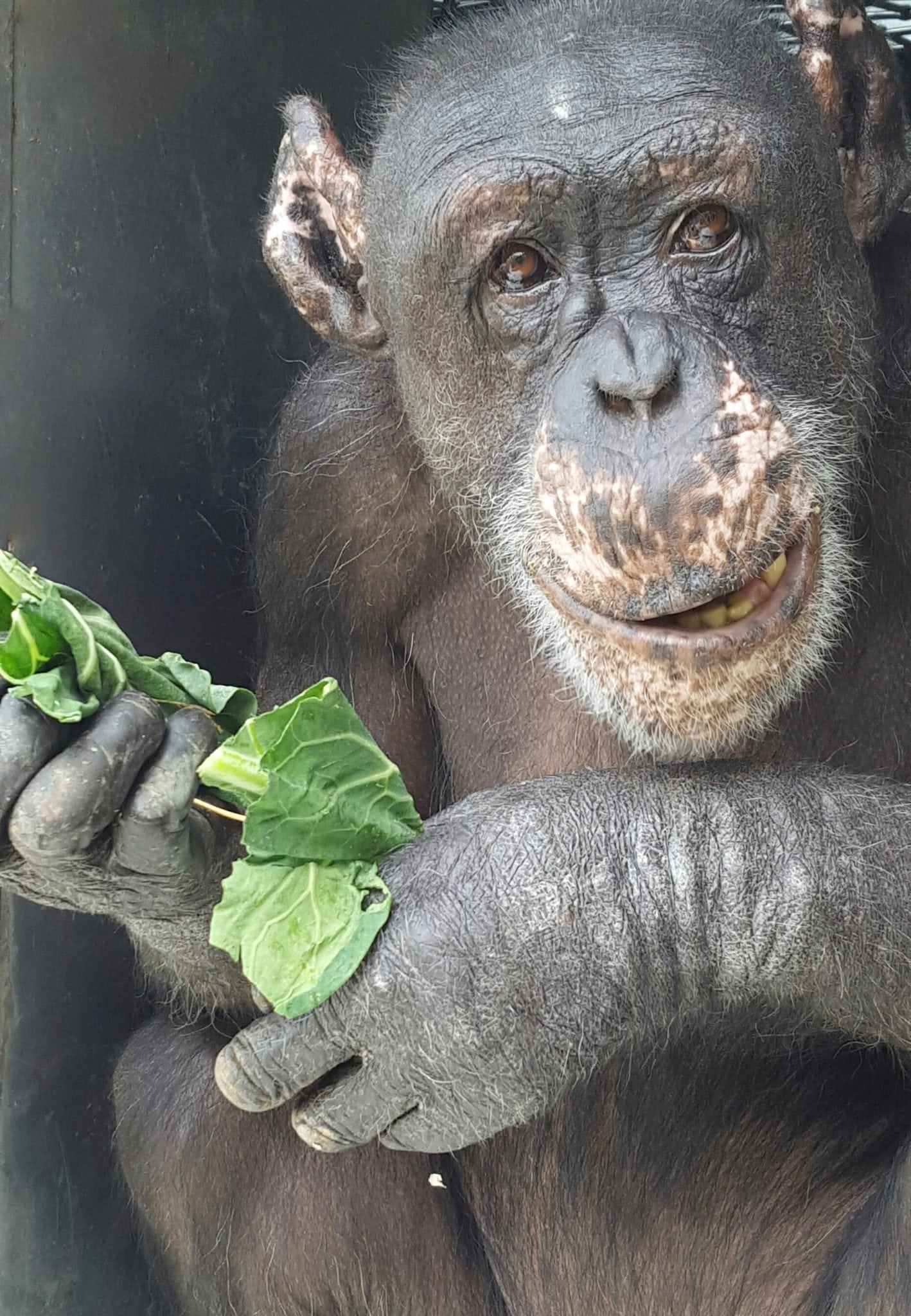 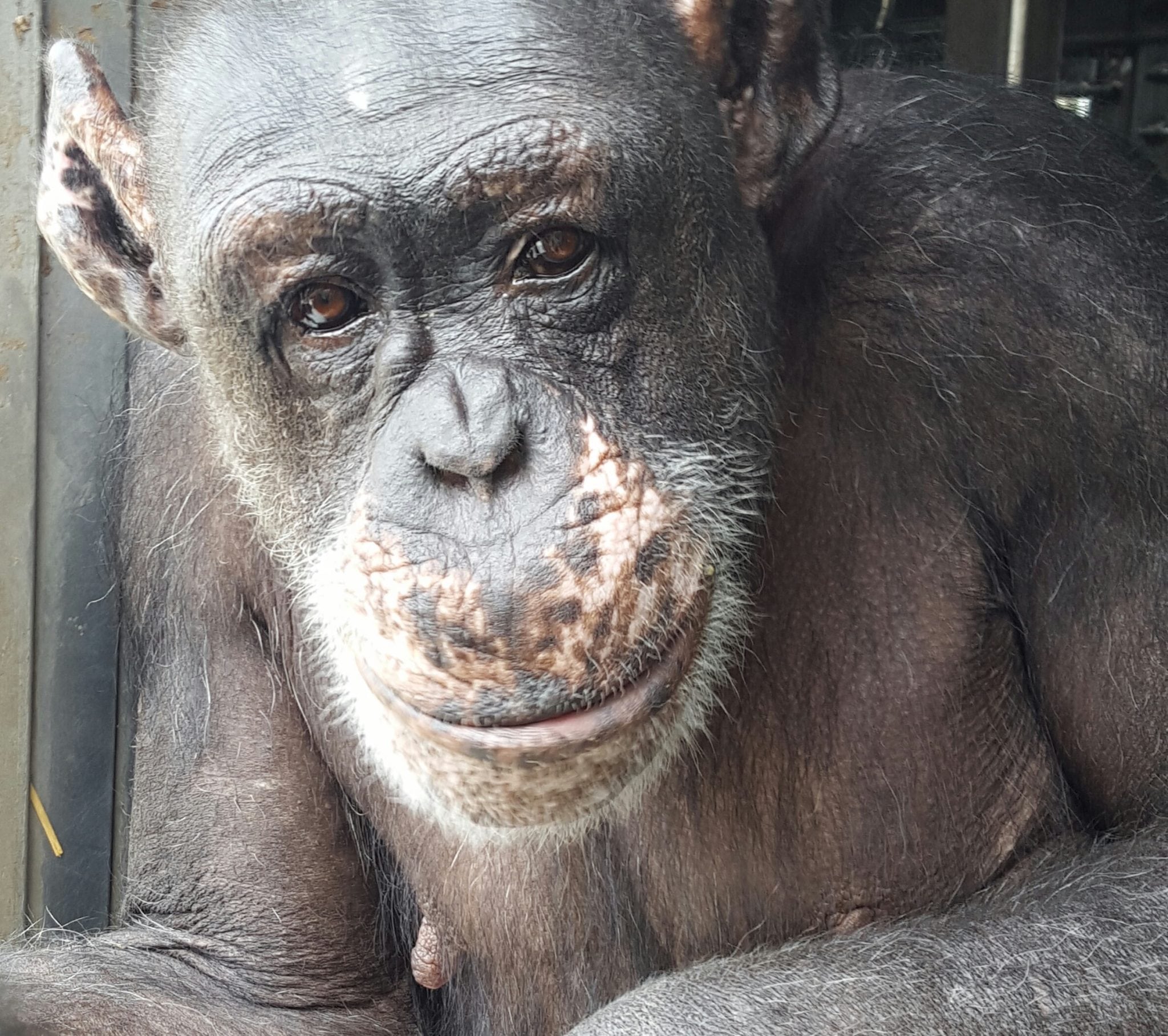 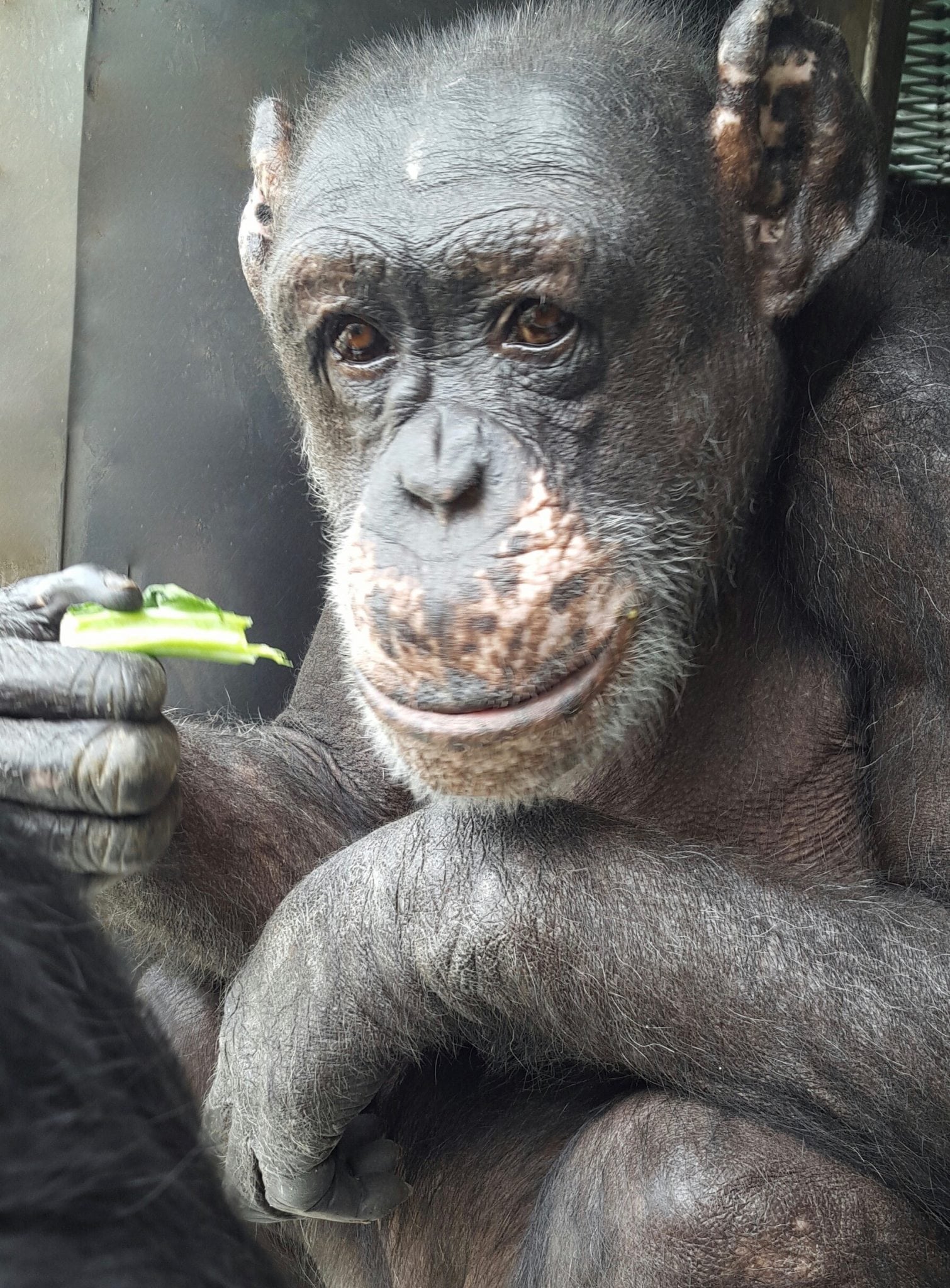 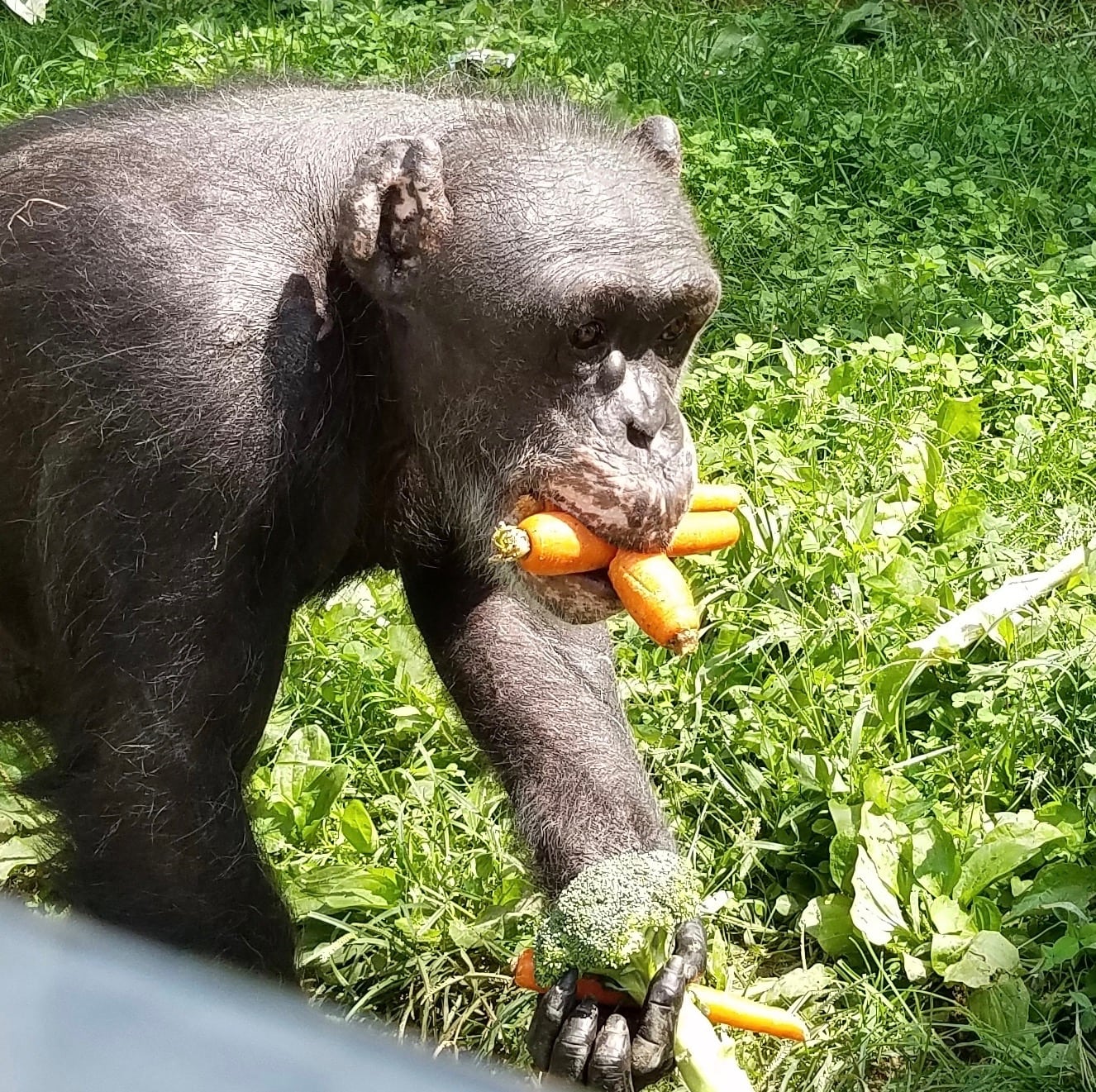 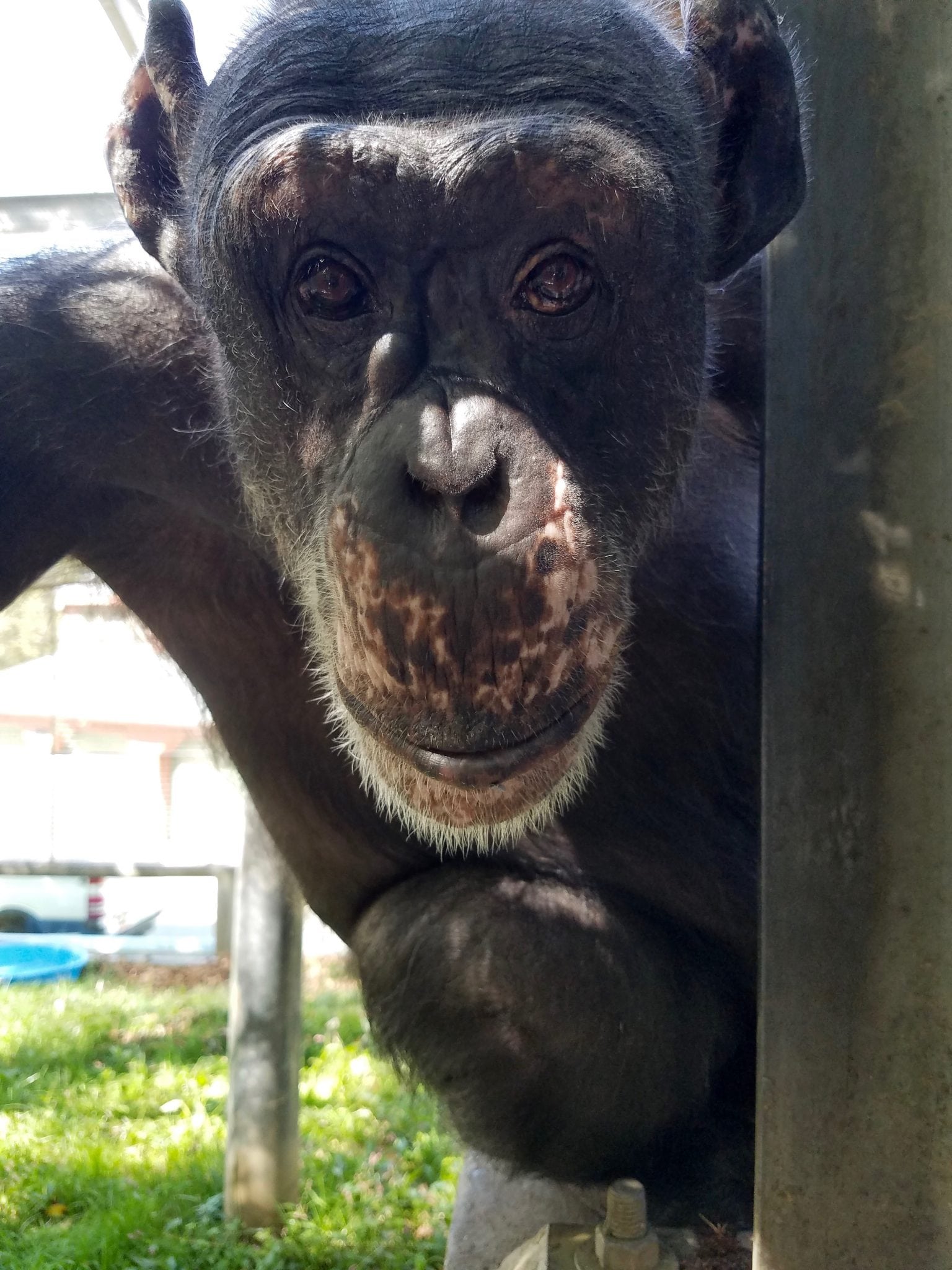 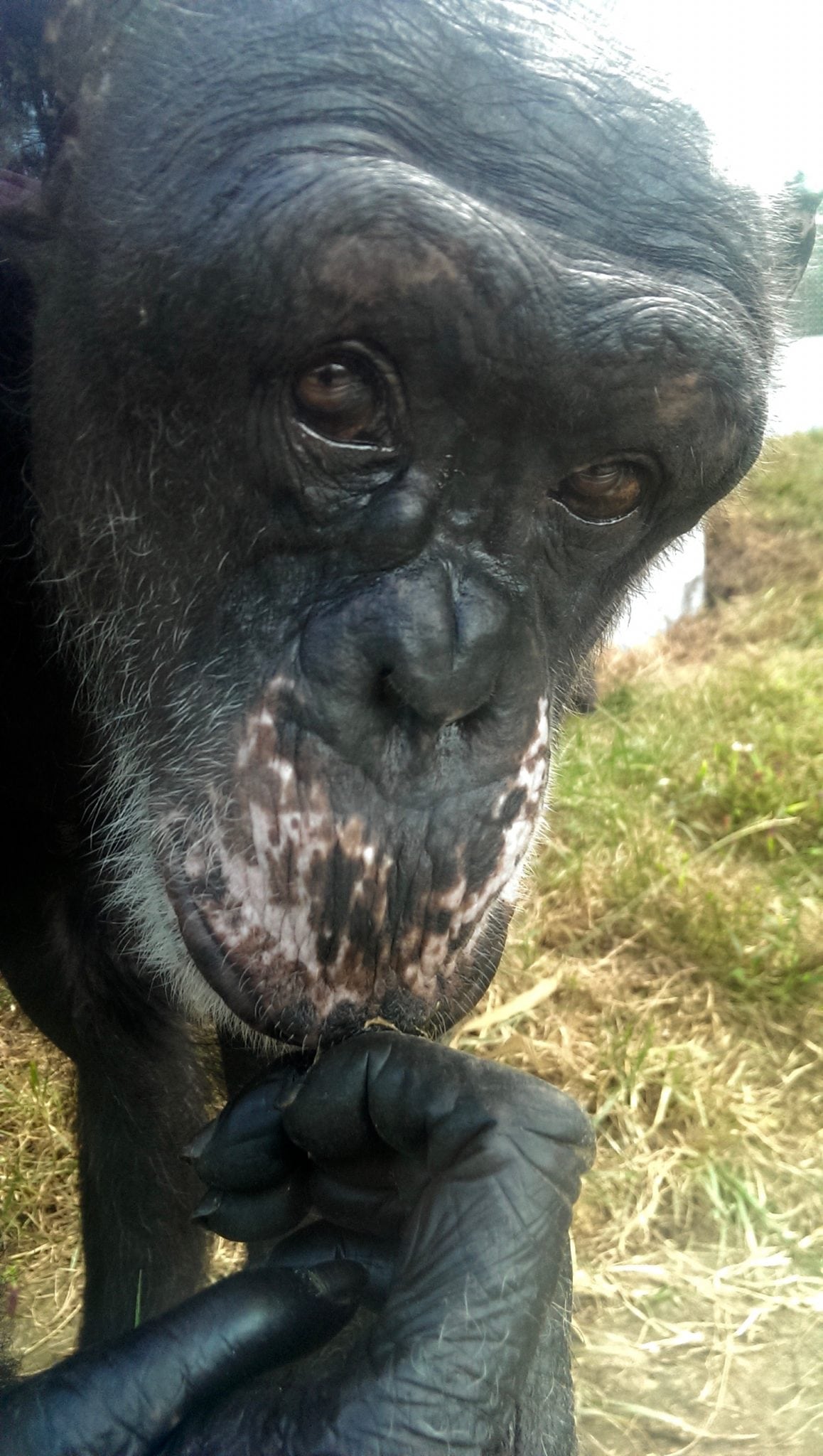 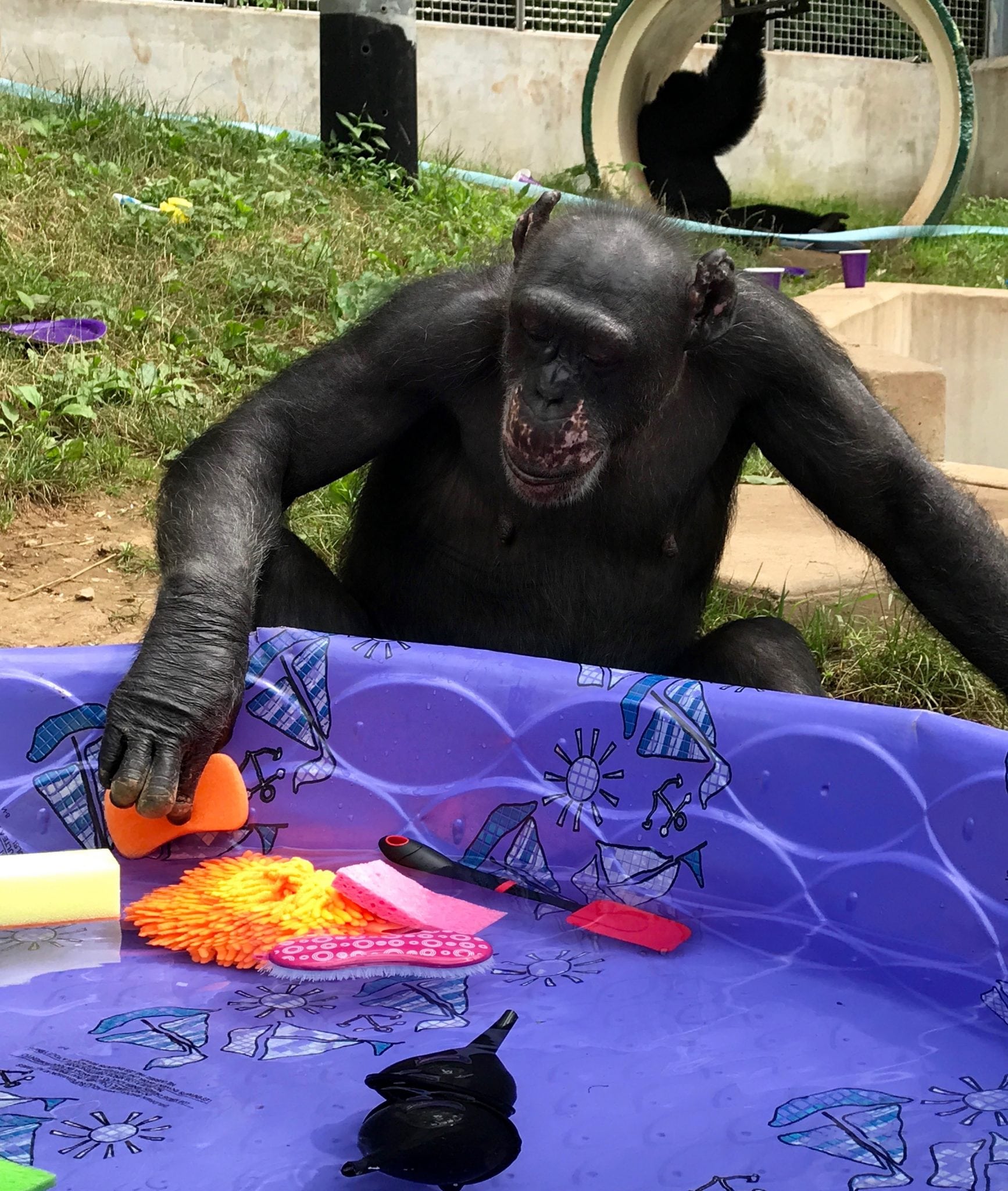 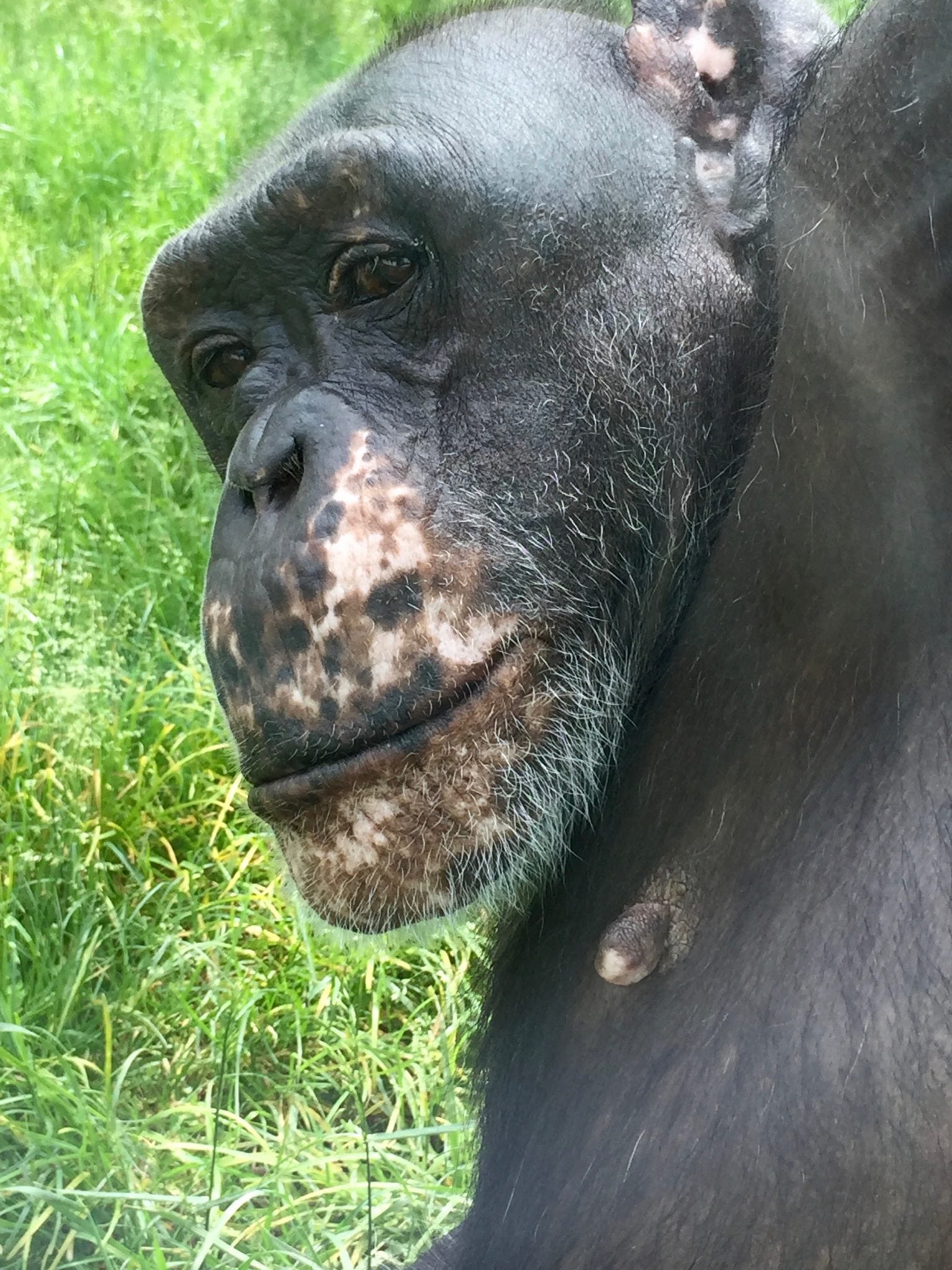