bill would require the agency to identify alternatives to research with monkeys and other non-human primates. 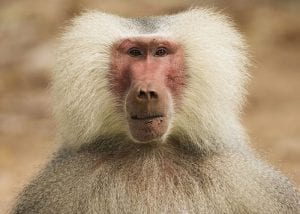 Baboons are one of the non-human primate species scientists in the US use for research. Credit: Baz Ratner/Reuters

A spending bill approved on 8 May by a committee in the US House of Representatives urges the US National Institutes of Health (NIH) to reduce its use of non-human primates in research.

The bill would encourage the NIH “to accelerate efforts to reduce and replace the use of nonhuman primates with alternative research models” in its laboratories. The agency would be required to produce a report on the number of primates it uses in research, its purpose for using them, how much pain they feel and a timeline for replacing and retiring the animals.

To become law, the bill needs to win approval from the full House, the Senate and President Donald Trump. It would apply to the 2020 budget year, which begins on 1 October 2019.

Representative Lucille Roybal-Allard (Democrat, California), who has worked for years to curb and regulate animal research, added the provision to the spending legislation for the Department of Health and Human Services (HHS), the NIH’s parent. In 2014, Roybal-Allard and three other members of Congress requested a bioethical review of experiments involving baby monkeys at an NIH lab. The review resulted in adjustments to some of the procedures involving the animals. The agency ended those studies in late 2015.

The NIH also announced in 2015 that it would retire all of the chimpanzees it used in biomedical research. But the overall number of non-human primates that US scientists use for research increased by 22% from 2015 to 2017, according to the Department of Agriculture, which regulates the use of lab animals. In 2017, US researchers experimented on 75,825 non-human primates, mostly rhesus macaques (Macaca mulatta). The NIH says that non-human primates are increasingly important for work on HIV and in neuroscience.