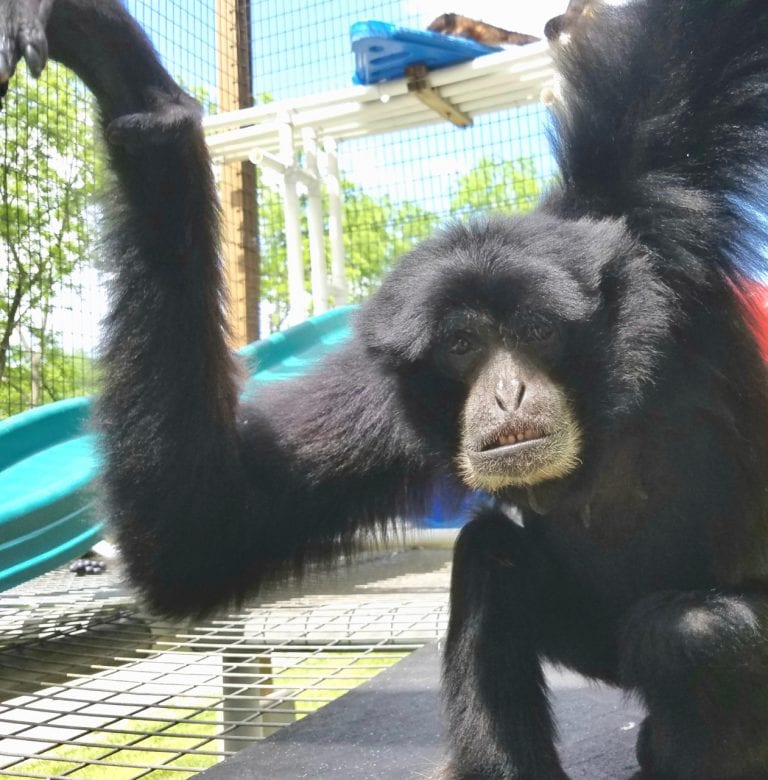 Jenny is one of our senior residents who was captured from the wild in 1971, and spent the majority of her life in the Greater Baton Rouge Zoo in Louisiana until arriving at the PRC in 1992 with her longtime mate Jason. After his death in 2003, Jenny was introduced to the spider monkeys and now enjoys the company of Dehlia, Bisou and Chester. Jenny has an unmistakable territorial vocal call that can be heard for miles, but we often find her silently sleeping in the sunshine or grooming her pal Chester.
Become My Pal