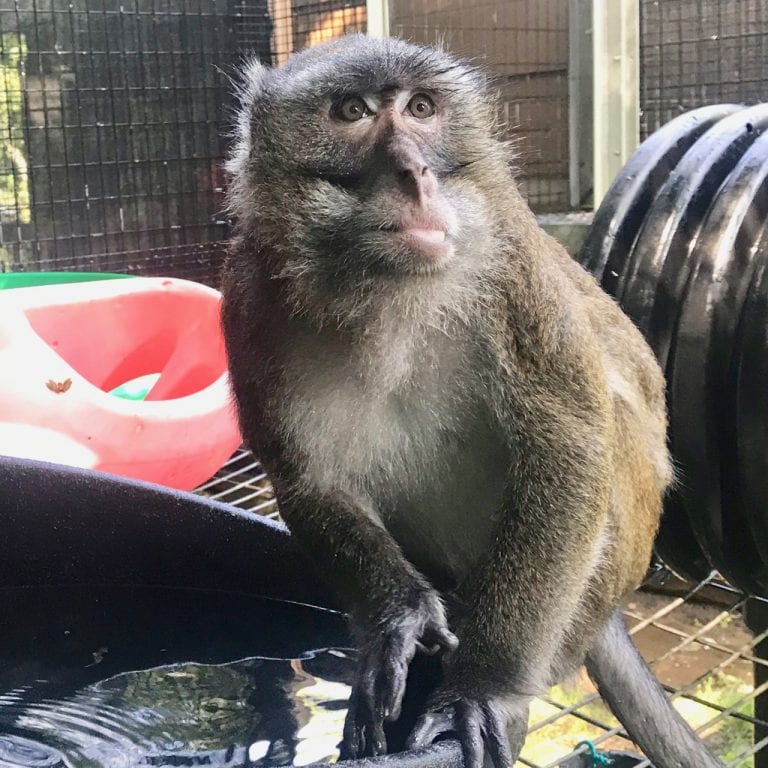 Luke is a male long-tailed macaque who was born in 1995 and spent his early life living as a pet in Missouri. Luke eventually became aggressive, as all pet monkeys do, and began to lash out at his owners. In an attempt to tame him, they took him to a vet to have all his teeth removed and to have him castrated. Both of these experiences were very traumatic for Luke. Not only did these surgeries not make him more docile, they increased his distrust of humans. He eventually came to live at the Primate Rescue Center in 2002.

Luke now lives with long-tailed macaque Ciera and rhesus macaque Rainey and is very happy in his sanctuary home. Rainey and Luke love to gently play and hug, while Ciera and Luke have long grooming sessions that usually end with a snuggly nap. Because he does not have any teeth, Luke prefers to pick soft foods out of his breakfast mix first, such as bananas, tomatoes, grapes, boiled potatoes, or melon. Don’t let him fool you though; this clever boy is still able to crack open a peanut shell, and he uses his water bottle to soak very crunchy primate chow biscuits until they soften!

Luke is a very sweet boy, and we are so happy he has found his safe, forever home where he can spend his days with his monkey companions. 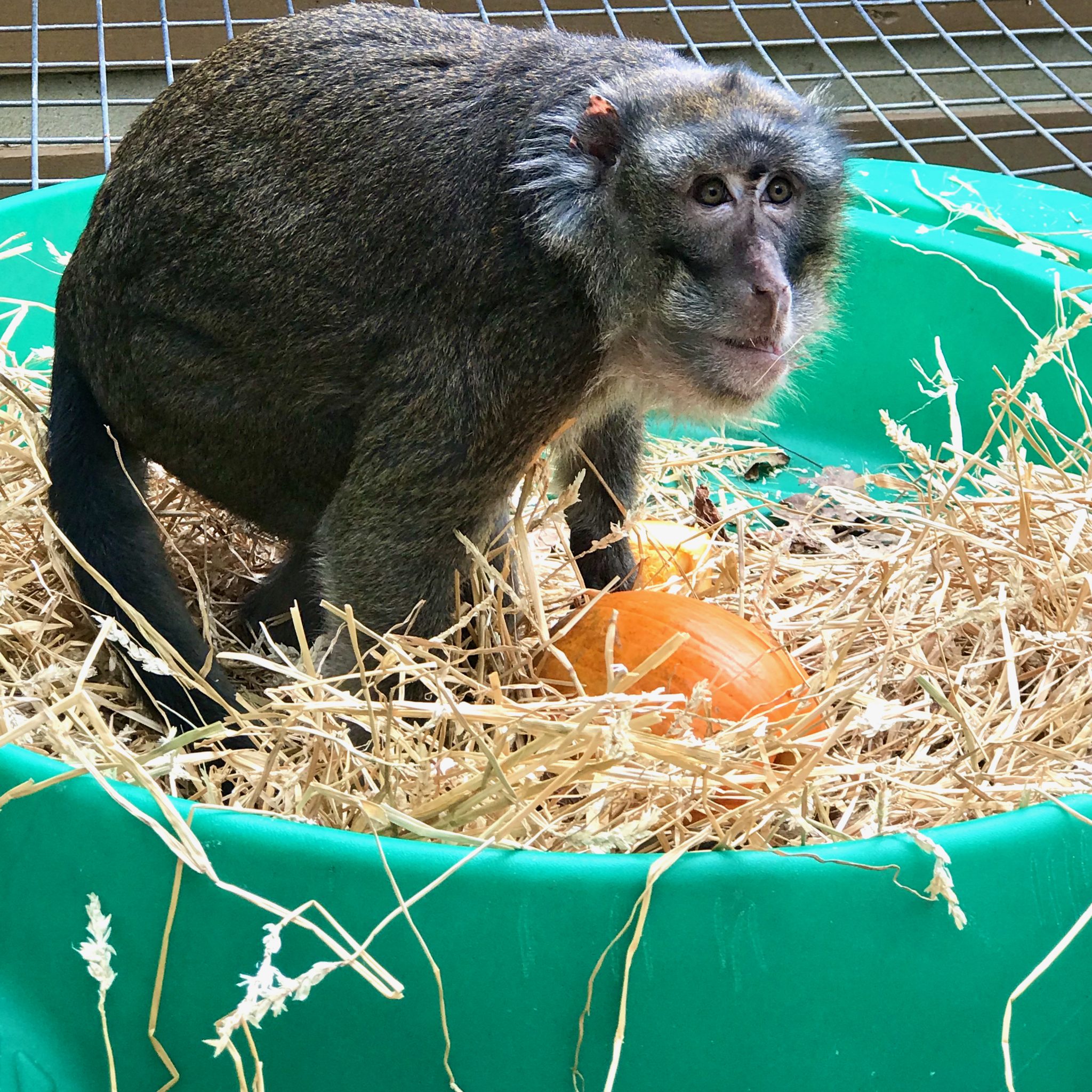 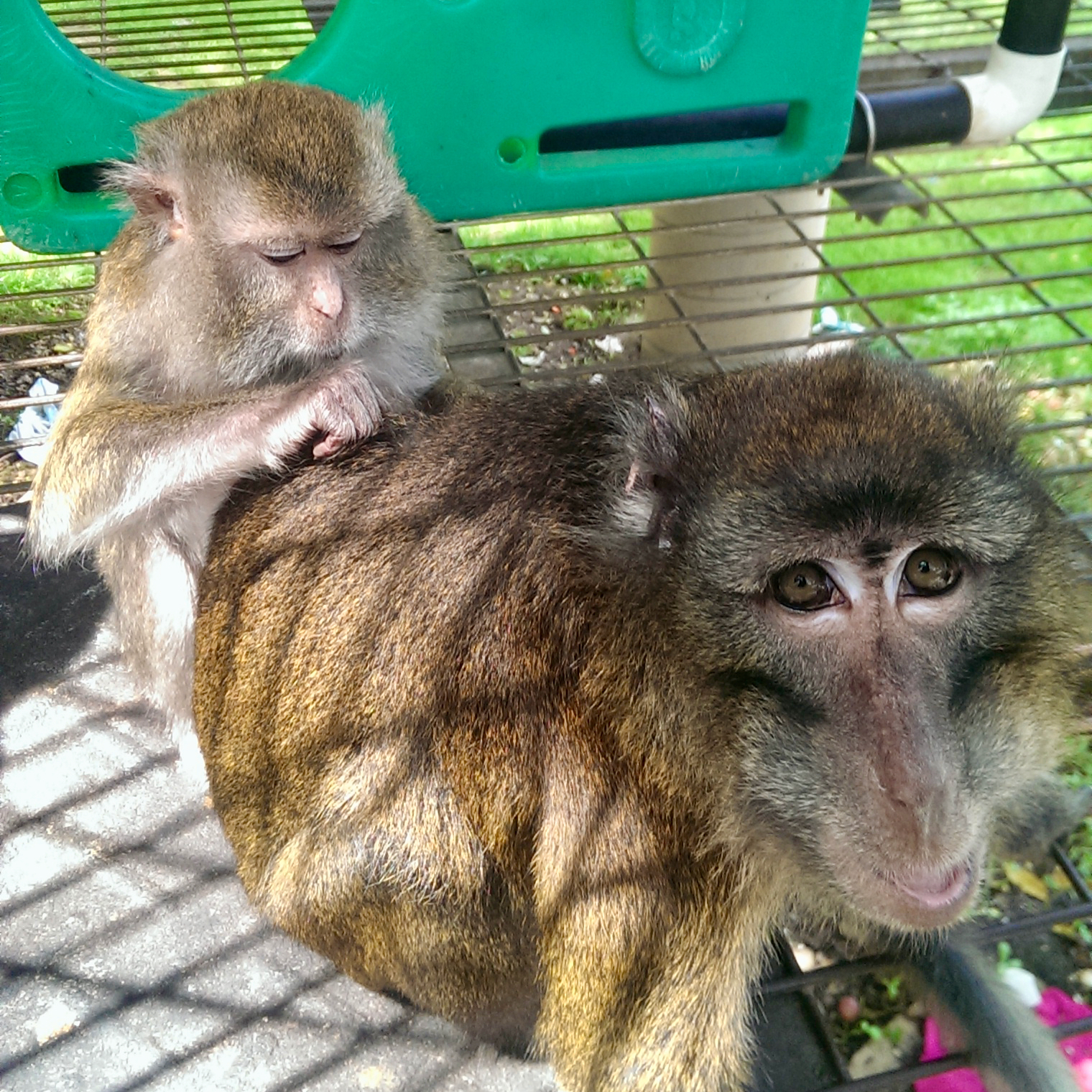 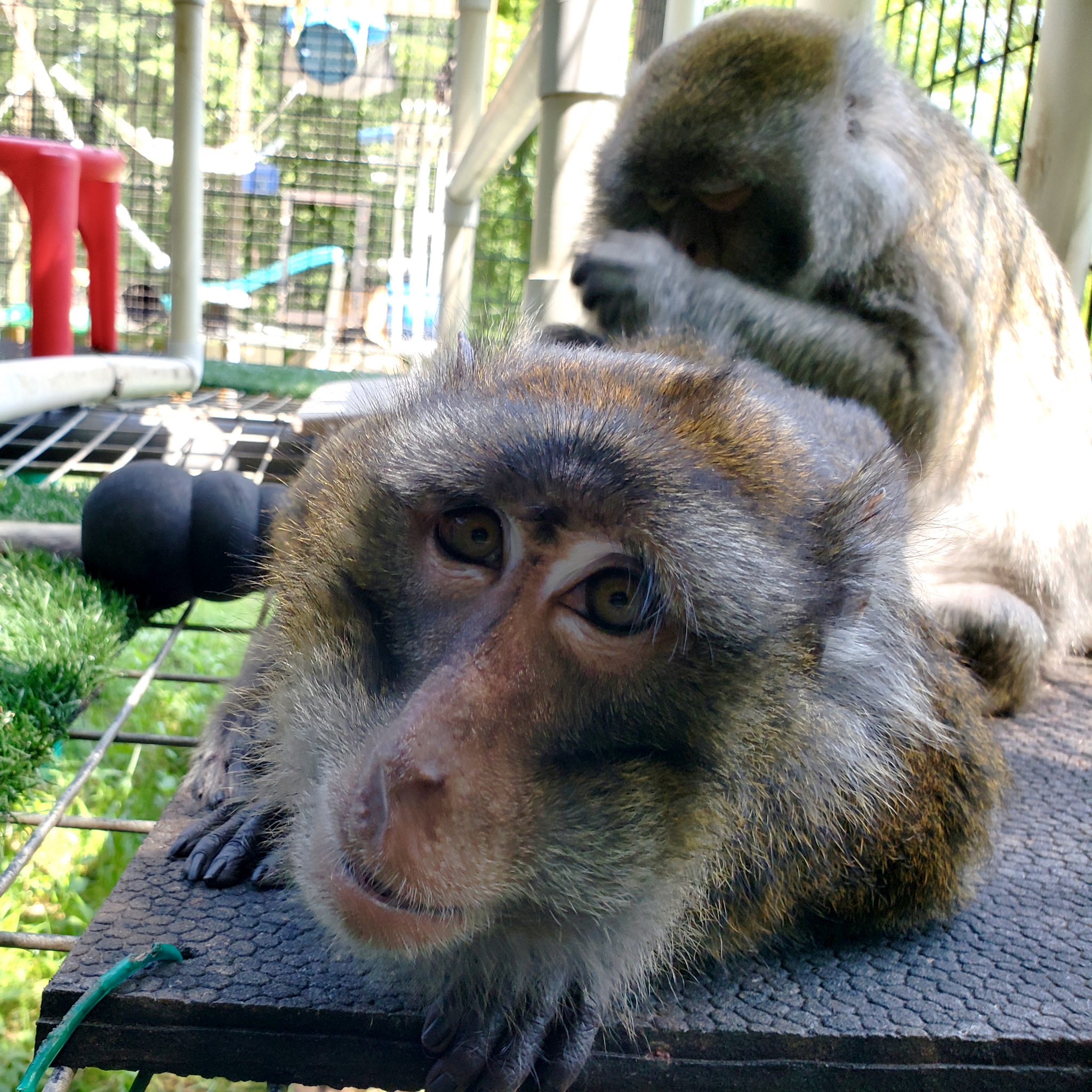 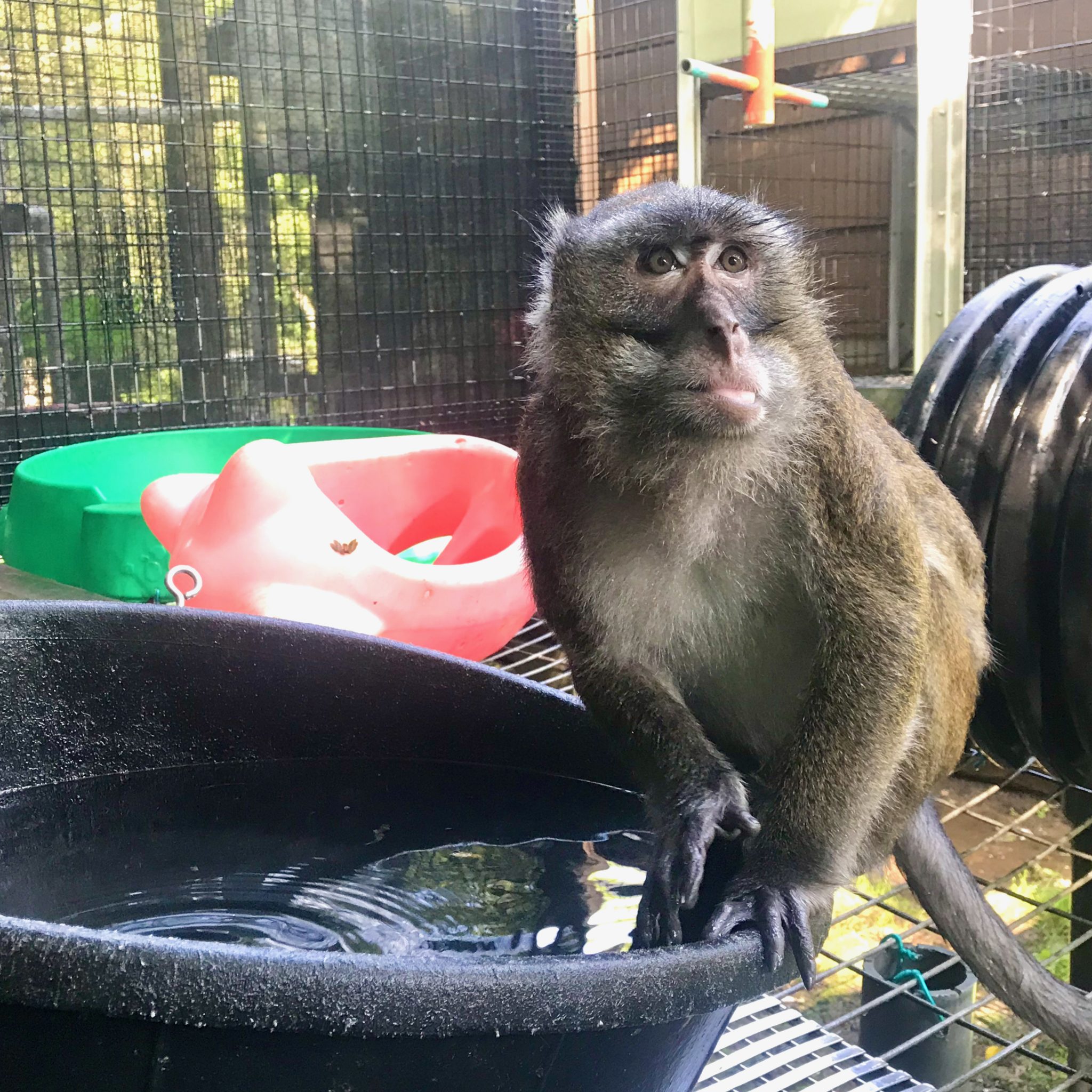 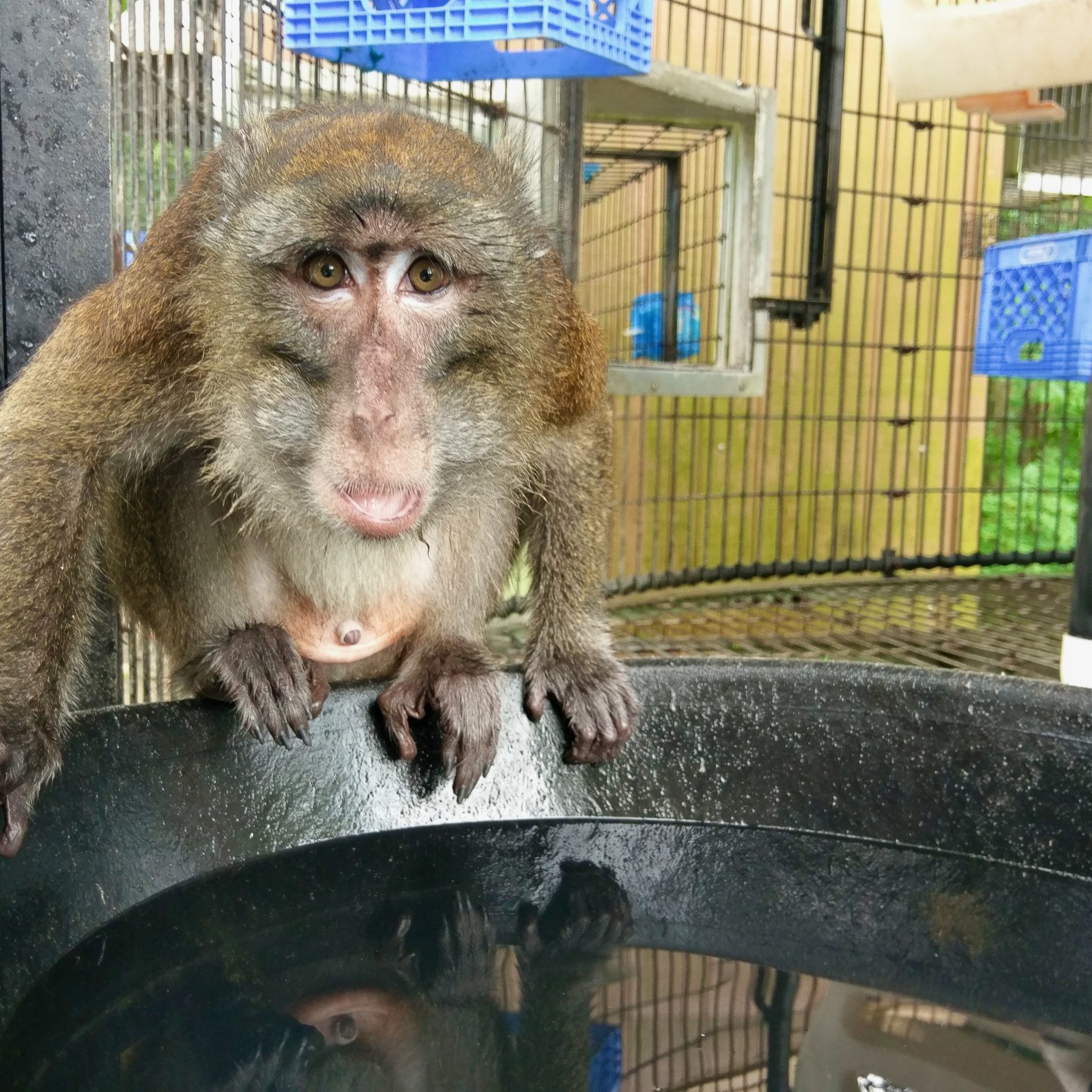 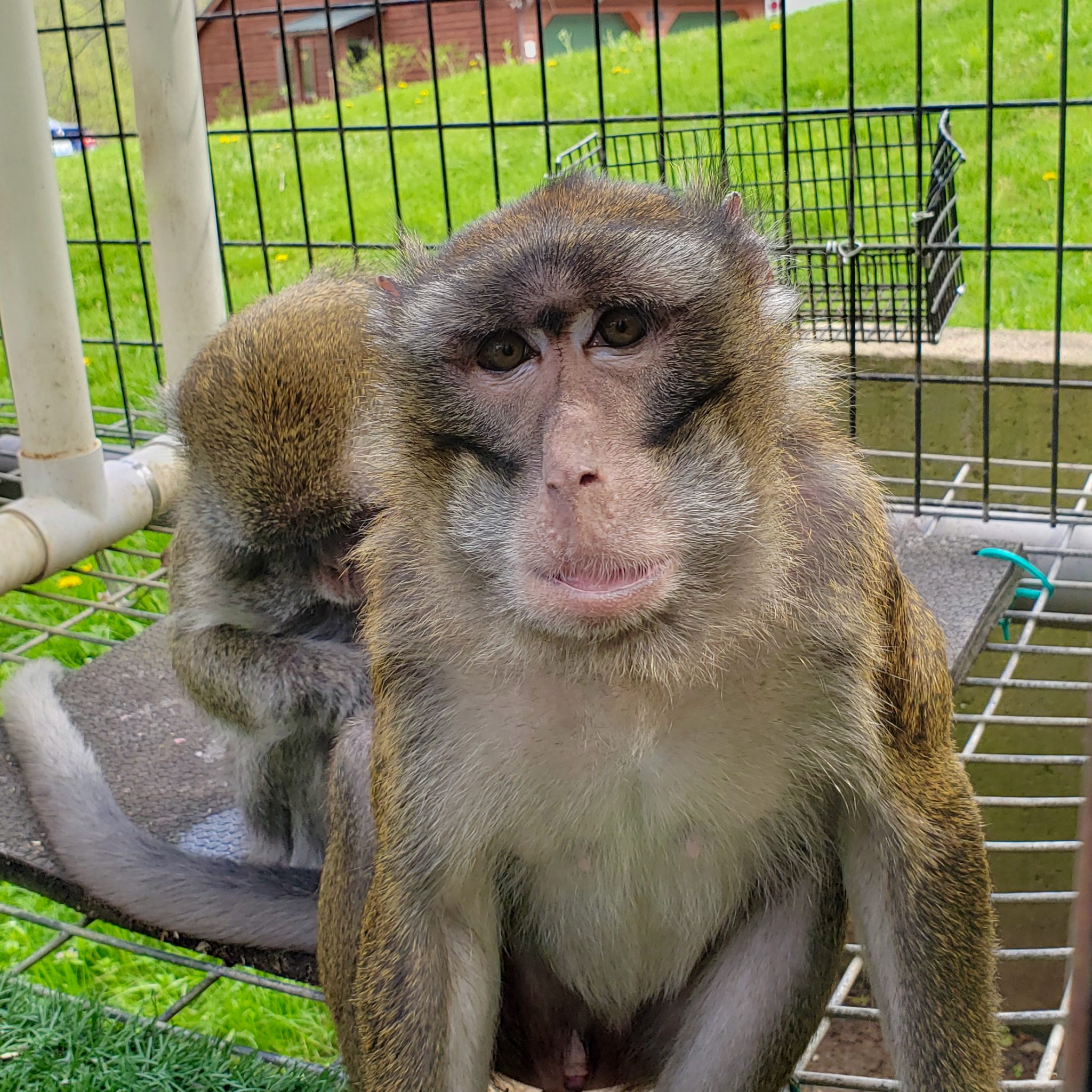 END_OF_DOCUMENT_TOKEN_TO_BE_REPLACED

Carlos, Rainey, Luke and Ciera are a fun and feisty group of monkeys who call the PRC home! They all came from different backgrounds, but they have found companionship in each other and they enjoy living together. Carlos is a long-tailed macaque who arrived at the...

END_OF_DOCUMENT_TOKEN_TO_BE_REPLACED 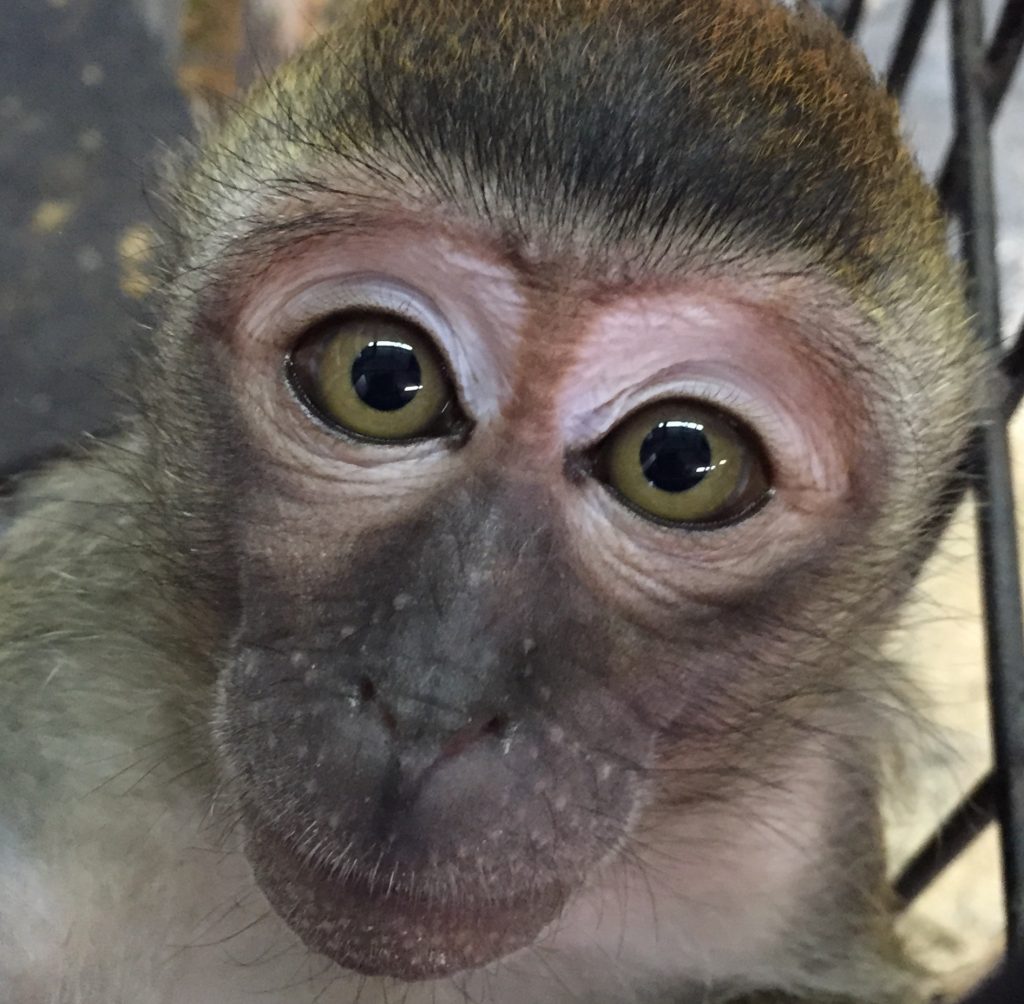 Most species of primates who live in social groups follow dominance hierarchies. Hierarchies establish rank between members of a group. Higher-ranking members have better access to resources and more power within the group. The leader, or alpha, of a social group...

END_OF_DOCUMENT_TOKEN_TO_BE_REPLACED

The chimps are kissing winter goodbye and embracing sun-filled days spent lounging, grooming and playing in their massive outdoor enclosure. What better way to ring in springtime festivities than by throwing the first outdoor chimp party of the season? Our...