Baby Carlos turned 1 year old on June 13th and he has changed so much! When Carlos arrived in September, he was only 3 months old and wanted a lot of attention from the caretakers. He was nervous at first, but he came to love it here. The caretakers made quick work to find him a mother figure to teach him the ropes. The caretakers decided that Dewey and Crunchy were the perfect role models. Within days Carlos fell in love with grandma Crunchy and forgot all about us, which is exactly what we were hoping for! Crunchy became very protective of Carlos and wouldn’t even let Dewey around him at first, but she has calmed down since then. If you look at the pictures below you can see how much Carlos has changed just in his appearance. Of course, that is not all that is different. Carlos is braver when it comes to stealing food from Crunchy and Dewey. He is a very energetic little man who loves to swing on Dewey’s tail and jump on Crunchy’s back. In the future, we hope that Carlos will have more monkey friends to play with. We’re grateful that Lori and her family cared enough about Carlos and were considerate enough to find him a proper home. Happy Birthday baby Carlos. Don’t grow up too fast. 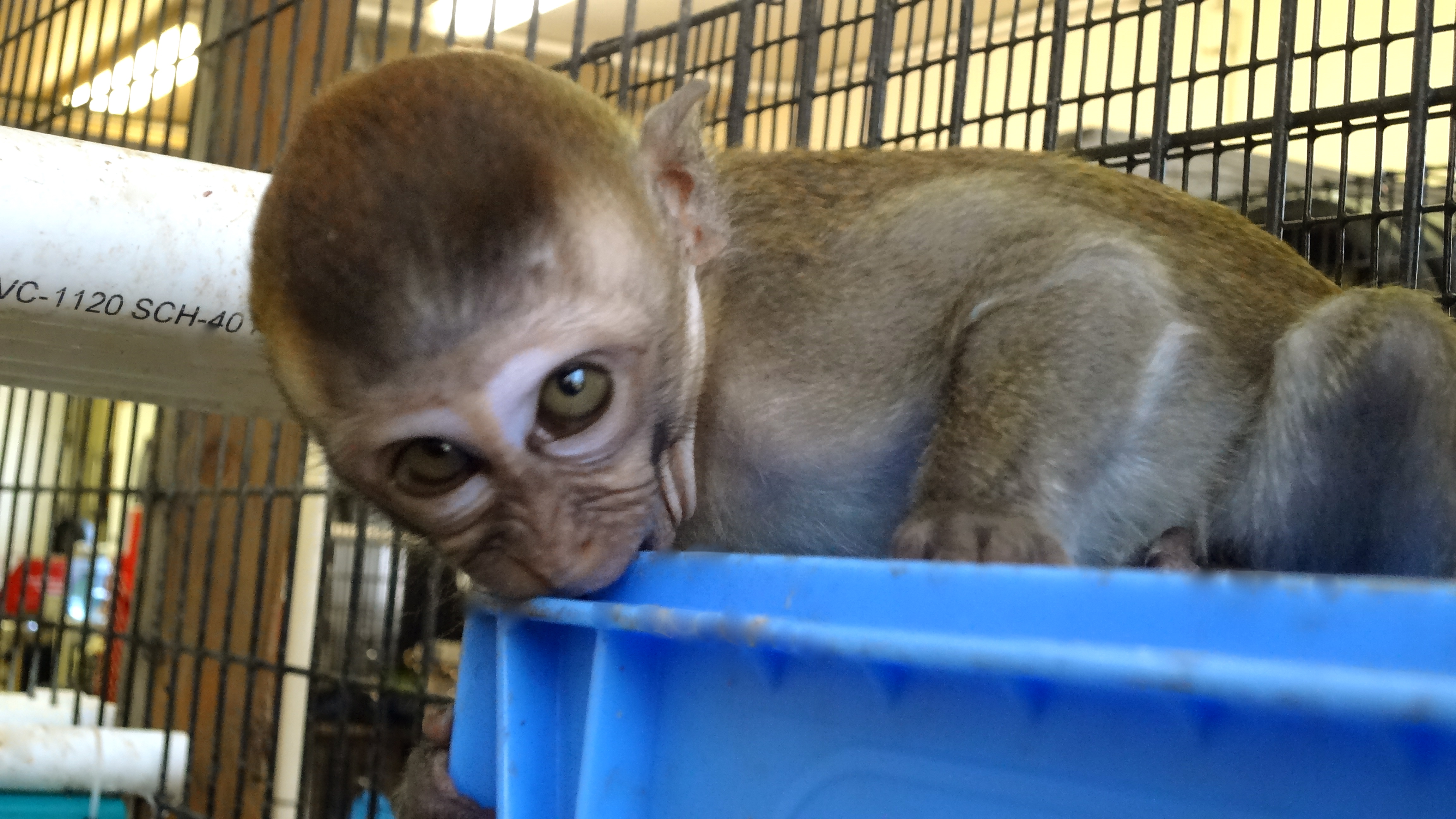 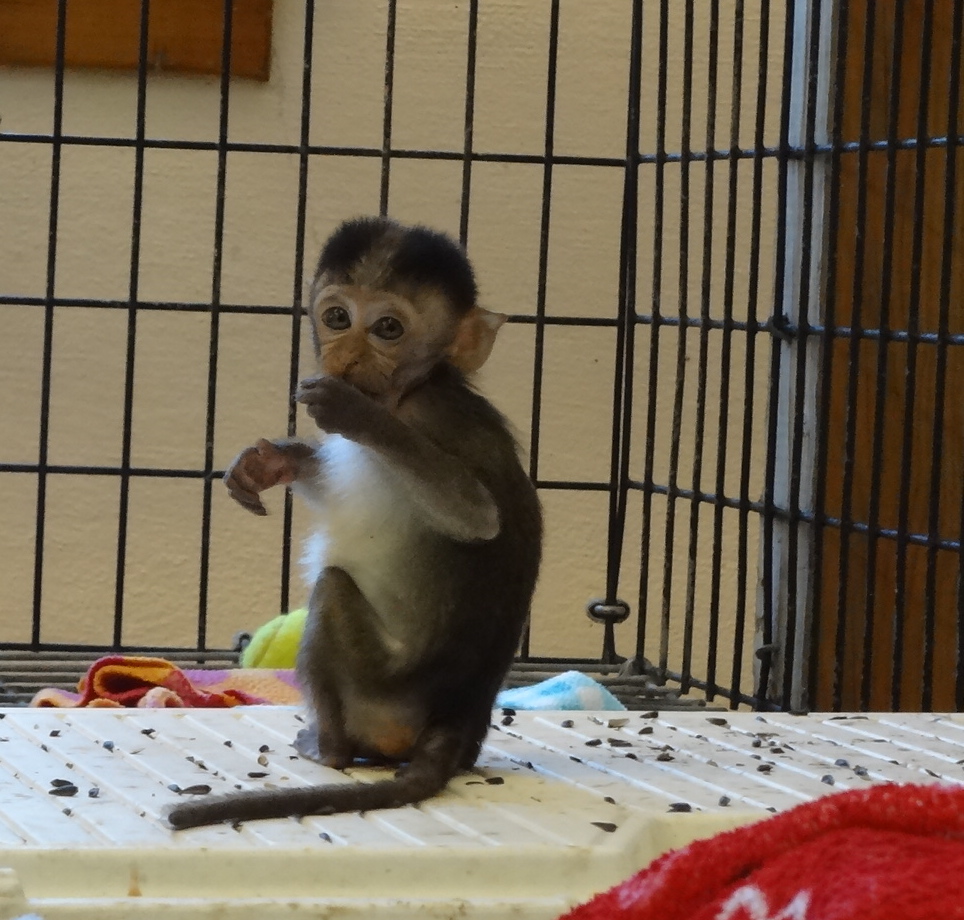 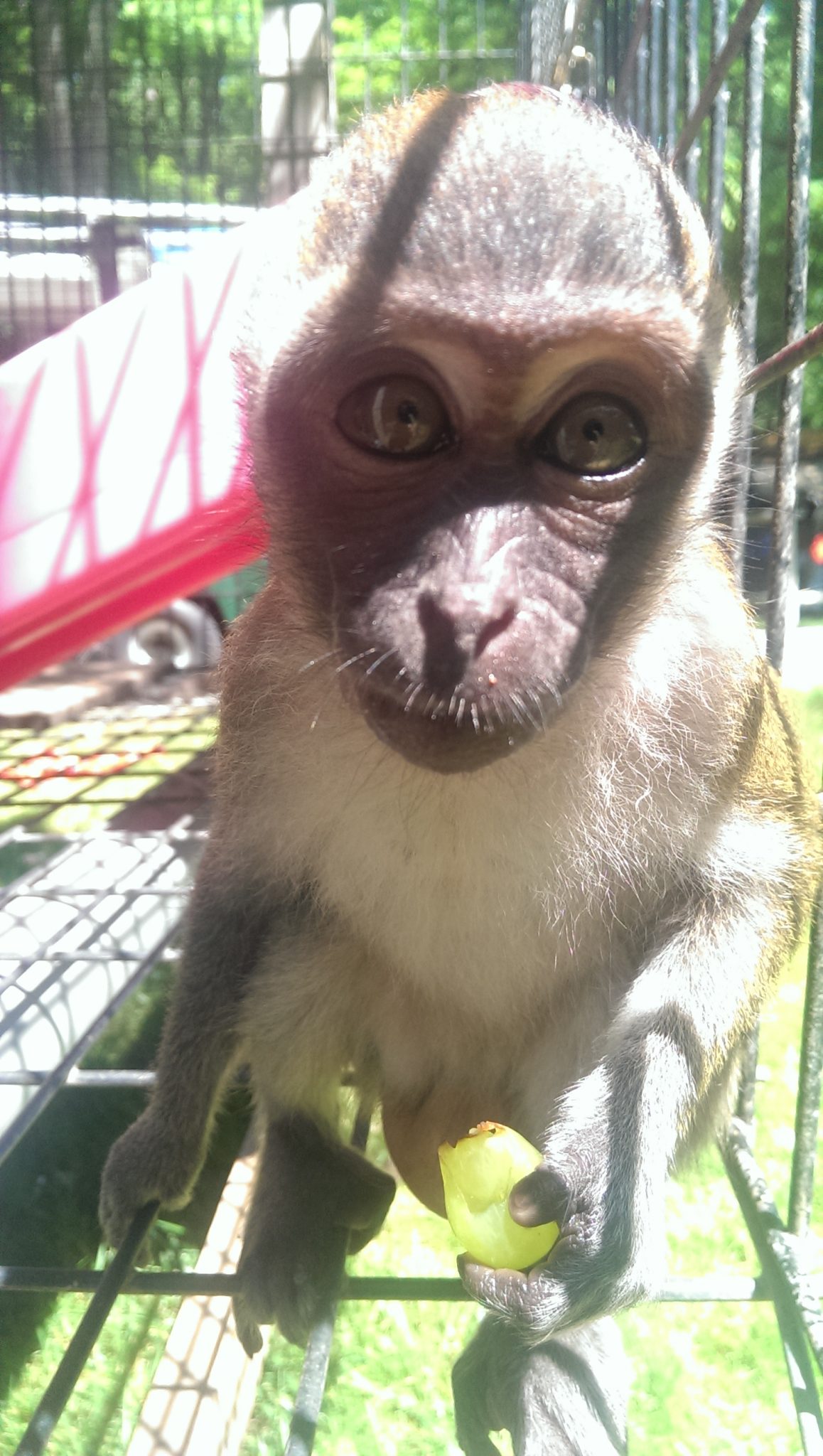 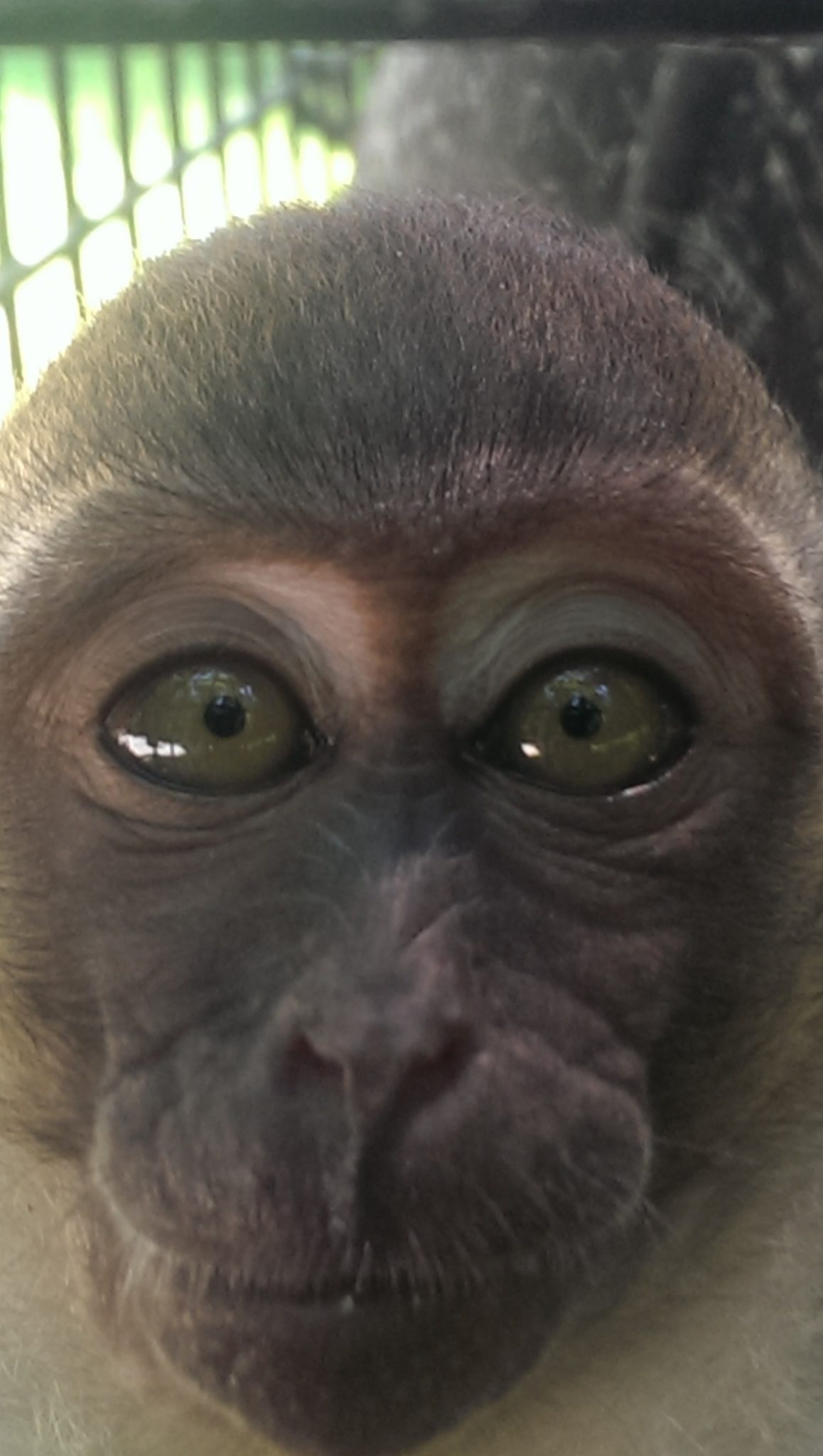