How to Eat and Run!

All animals have unique traits that help them survive in their natural habitats. It’s interesting to see the qualities that some animals share, and the ways that they can benefit from them. One of the unique characteristics that some monkeys, as well as a few other types of mammals have, are food pouches.

Many people have hamsters as a first pet growing up. If that was the case for you, then you know that hamsters have little pouches in their cheeks that they can use to store food. You might be surprised to know that this is also true of many old world monkeys. The majority of our monkey residents are macaques, and macaques are one of many monkey species that have food pouches.

These pouches come in handy in the wild when a monkey might have to quickly flee from a dangerous situation, but doesn’t want to leave its food behind. Cheek pouches in monkeys can expand to about the size of their stomach when they are filled with food. When they need to, monkeys with food pouches can stuff food into the pouches, and store it there to eat later. The pouches are situated in the cheeks, and expand down into the throat area. Sometimes food is hard to come by, so they cannot afford to leave their food behind in the event of a predator attack, and the pouches leave their hands free so they can move quickly through trees. 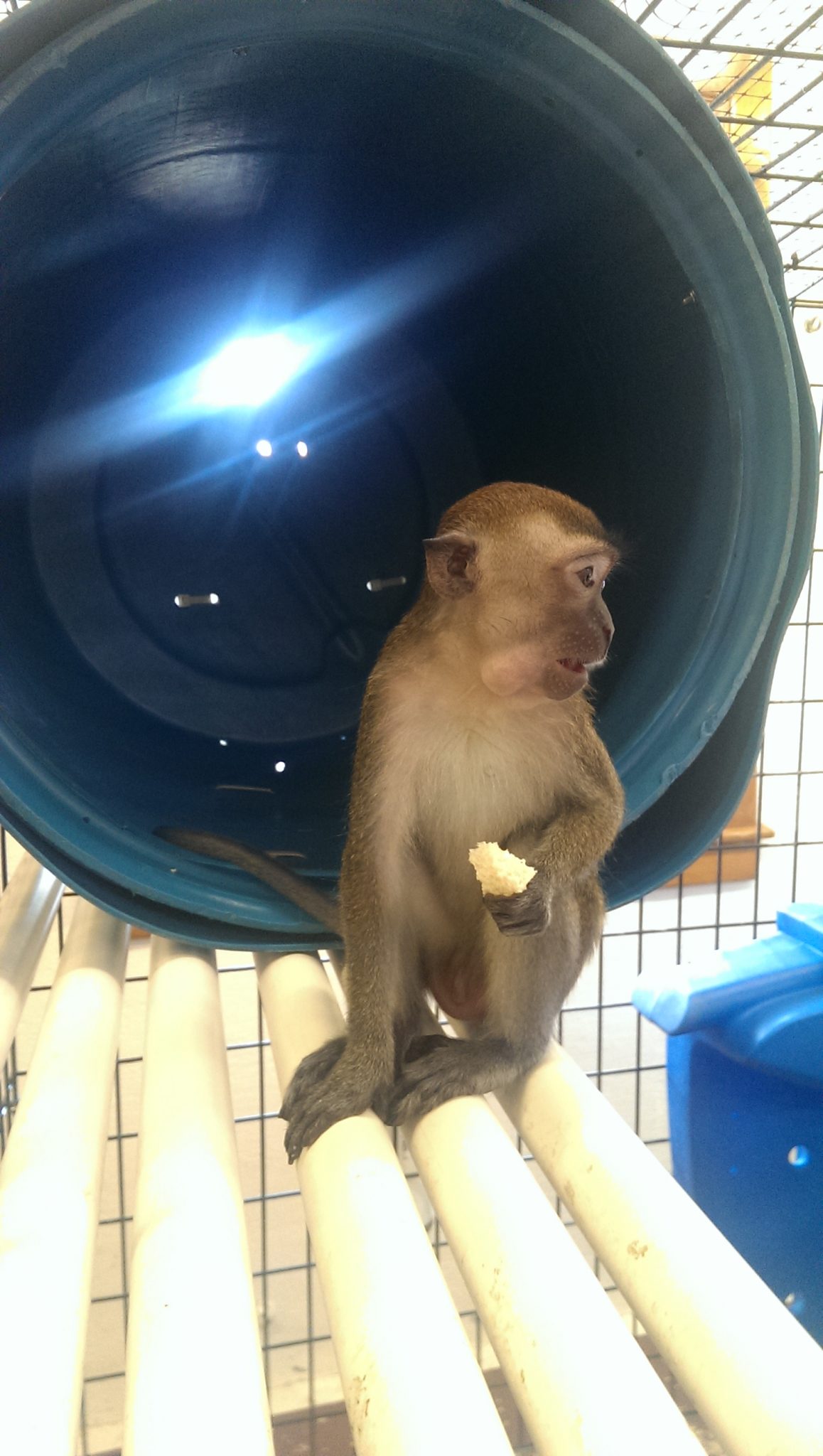 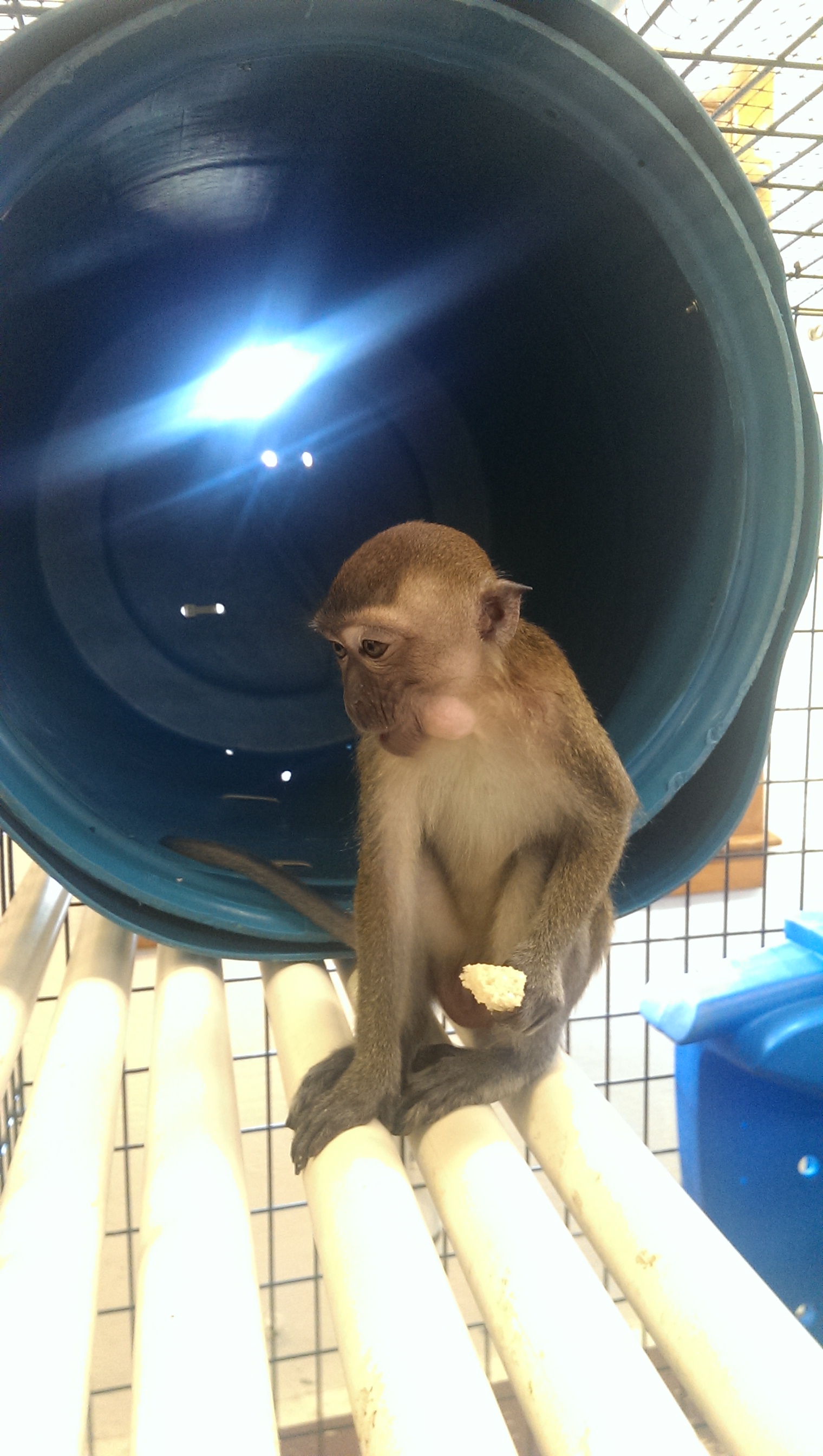 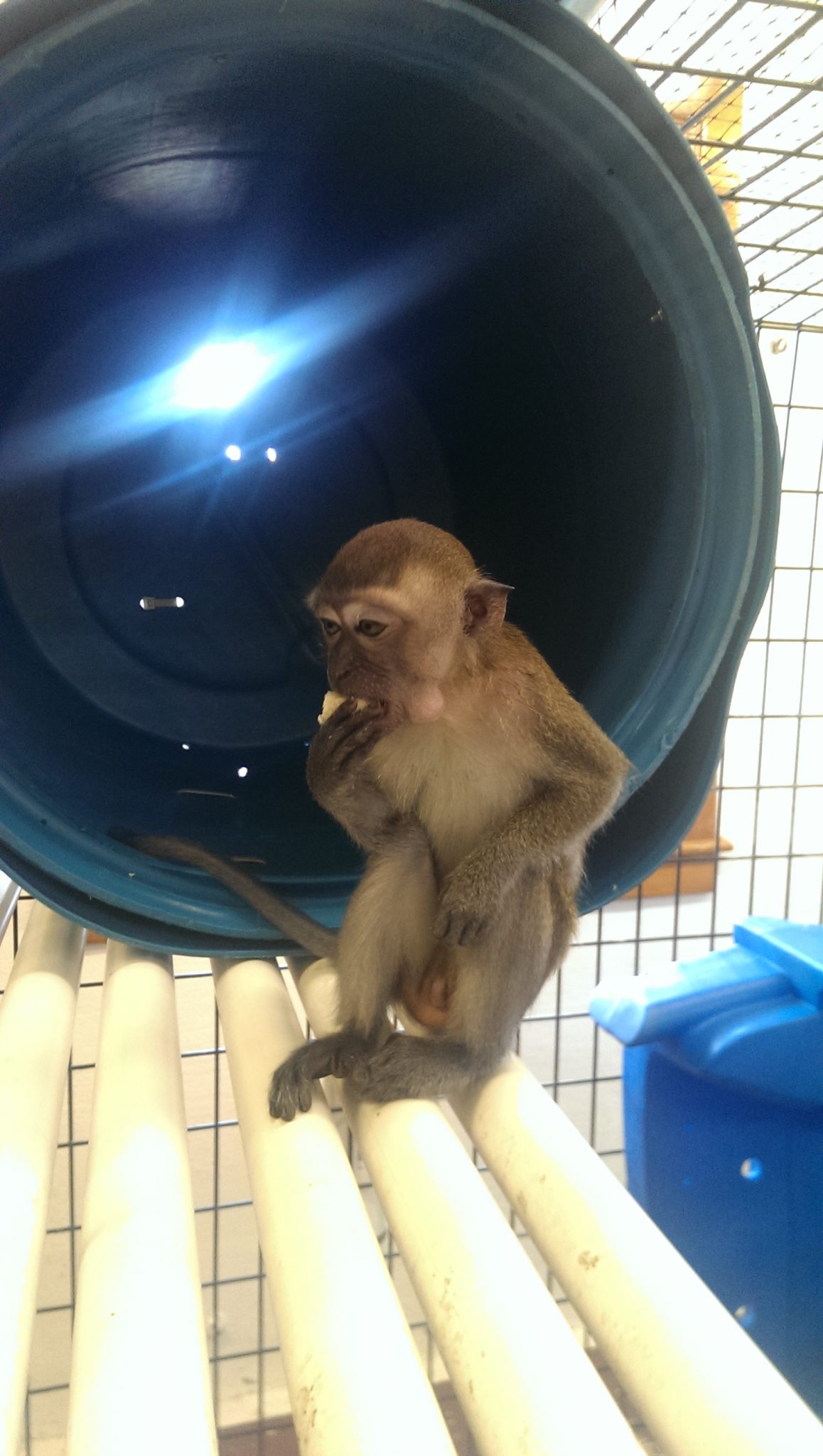 Carlos filling his pouches with food.

At the PRC our residents don’t have to worry about predators, but they do have to pay close attention to the other monkeys in their group. Monkeys have very delicate hierarchies and the more monkeys there are in a family group, the more important it becomes to keep the peace. The alpha male and/or female will always get first pick from the food that is given. We make sure to feed in many different areas of the enclosure so that everyone will get some food, and no one goes hungry. Even so, the lower ranking individuals in the group have to pay attention to where the more dominant monkeys are, and they will quickly more out of the way if a more dominant monkey becomes interested in their food. This is where food pouches come in handy! They can quickly stuff some food into their pouches, and move to the next feed basket without causing any conflict with the more dominant monkeys. 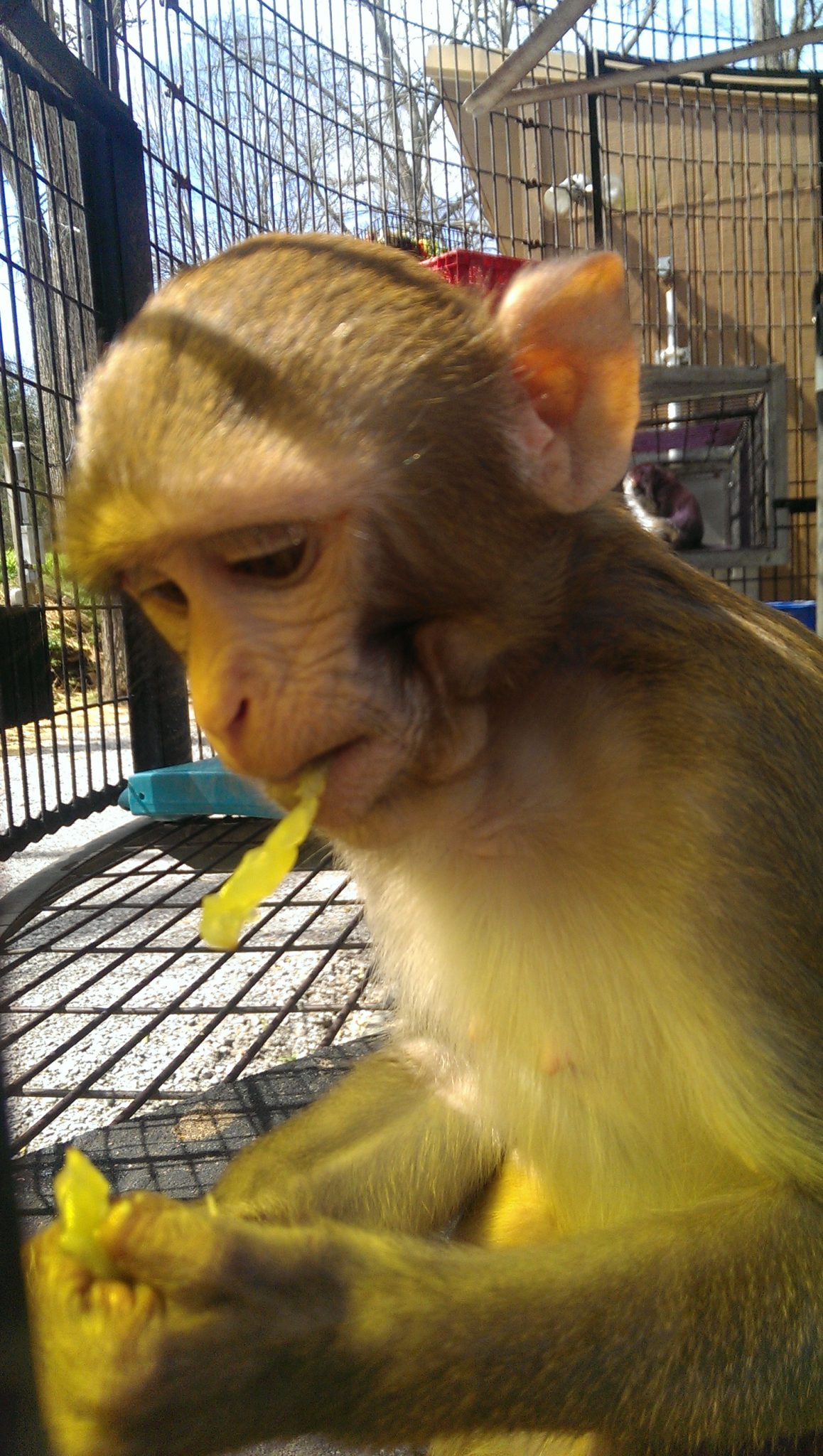 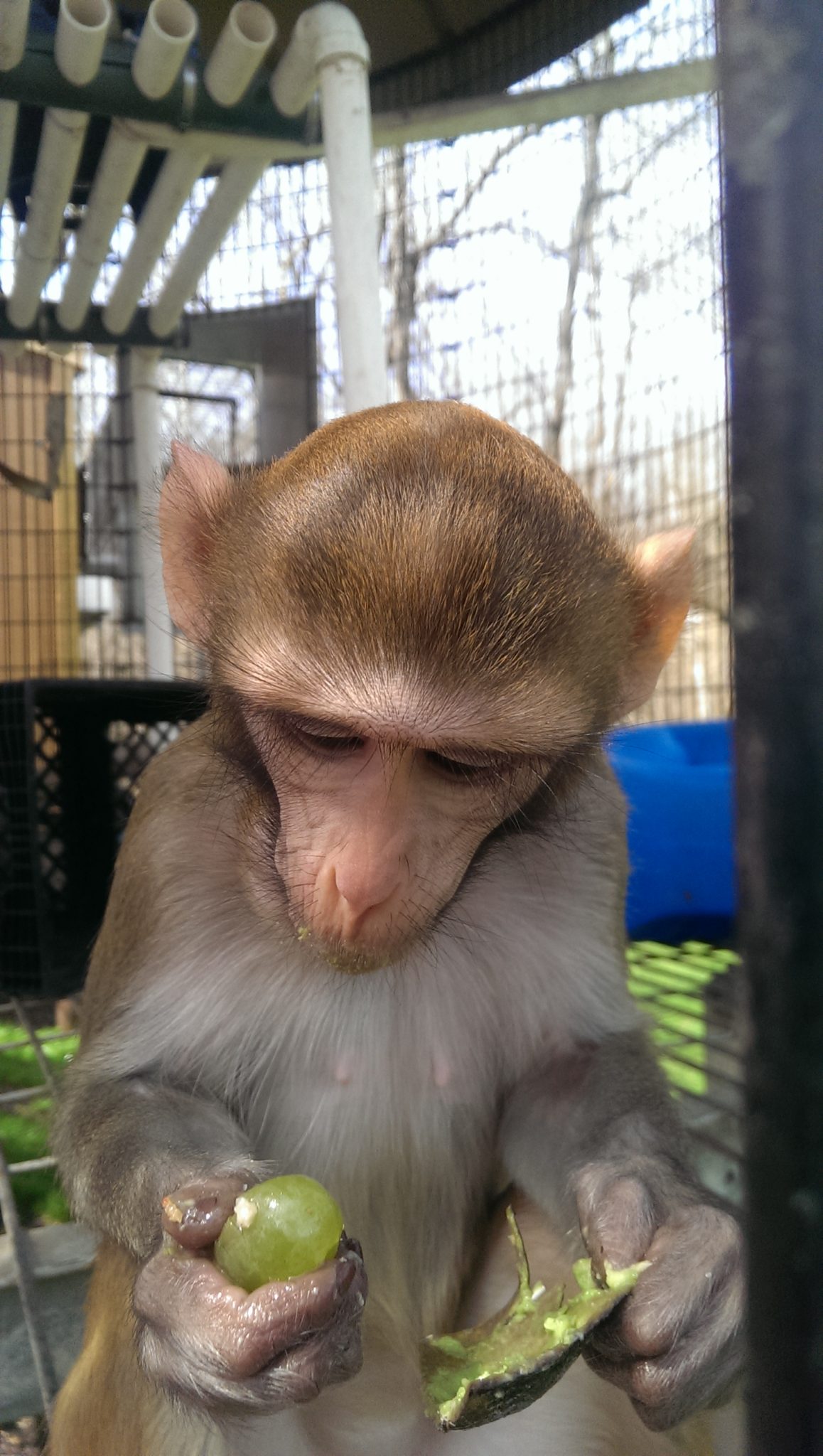 So whether in the wild or at our sanctuary, food pouches ultimately serve the same purpose: to keep a monkey from going hungry when they have to get away in a hurry!