Asha, 12 and Jia Fitzpatrick, 10, stopped eating cereal and started a petition because they were concerned about the effect palm oil farming affects orangutans

Asha, 12 and Jia Fitzpatrick, 10, stopped eating cereal and started a petition after seeing a documentary about how deforestation to build palm oil plantations, devastated populations of the apes.

Orangutans spend most of their time in trees. And forest clearance has led to the deaths of more than 50,000 in Borneo and Sumatra, with countless more orphaned.

Palm oil is used in some Kellogg’s products and scores of other everyday items. 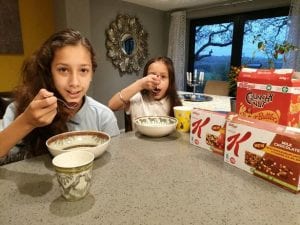 Pleading with businesses to help stop the destruction Asha and Jia wrote on their change.org petition: “We are sisters and we love orangutans.

“We were really upset when we saw the numbers being killed and orphaned every year are being increased by companies who want cheap palm oil – and it has to stop now.”

They gathered more than 780,000 signatures for their cause, alerting bosses at Kellogg’s. And after meeting the sisters the firm pledged 100% of its palm oil would be sustainably sourced by 2025. 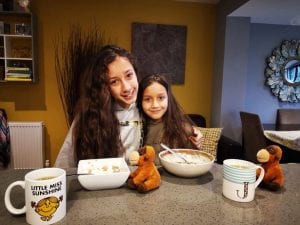 Bosses at food giant Kellogg were moved by the plea of the two young sisters. The sisters first met with the firm’s executives in 2018 to discuss possible changes to the way they source palm oil. (Image: Harvinder Dhinsa /SWNS.COM)

Harvinder Dhinsa, Asha and Jia’s mum, from Leighton Buzzard, Beds, said they were “really surprised” by the move.

She added: “They weren’t expecting such a commitment. I’m proud of them – it shows no matter how small you are you have a voice and people will listen.” 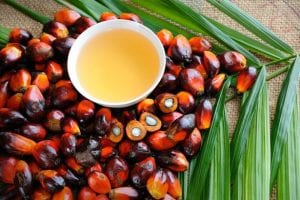 She said: “Kellogg’s is committed to working with its suppliers to source fully traceable palm oil that is produced in a manner that’s environmentally responsible, socially beneficial… which includes helping to mitigate deforestation.”

Orangutans are on the World Wildlife Fund’s critically endangered list with fewer than 120,000 left in the wild.