Oh My Bob, What Big Teeth You Have!

Bob, a Vervet monkey, arrived at the PRC in 2009 when he was just under one year old. Monkeys do not belong in private homes as pets for a myriad of reasons. However, we do not deny the appeal and attraction people have towards monkeys, especially baby monkeys. We simply encourage individuals to express that compassion and love for primates in an appropriate and beneficial way for those primates. 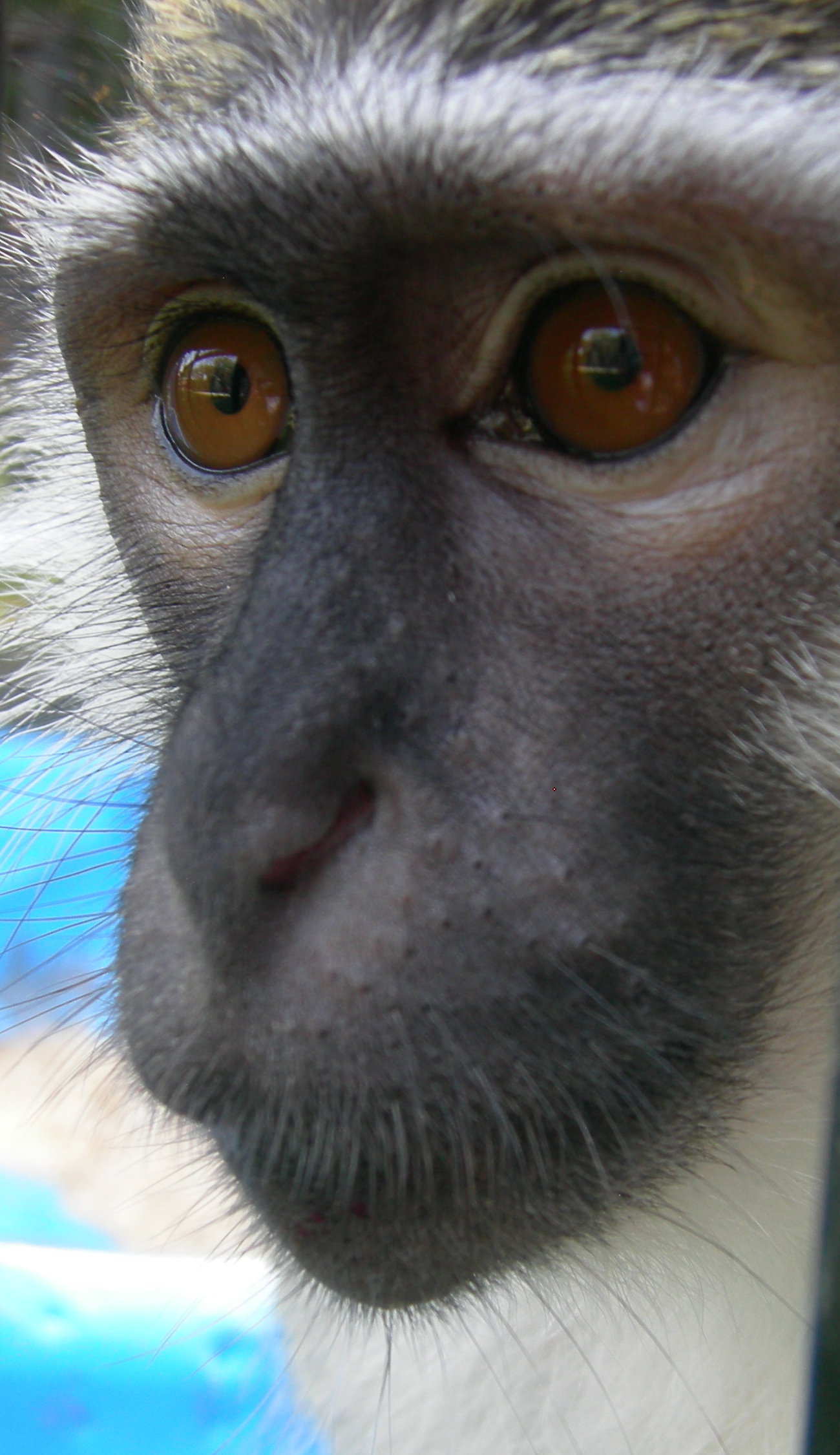 Bob arrived with a cute baby face and little baby teeth, and he was full of energy, curiosity and playfulness. Fortunately for Bob and his healthy mental and physical development, we were able to quickly introduce him to monkey companions. He made fast friends with his pal Caleb, who he now chases, wrestles, and grooms with all day long. The caretakers at the PRC have really enjoyed watching Bob grow up. 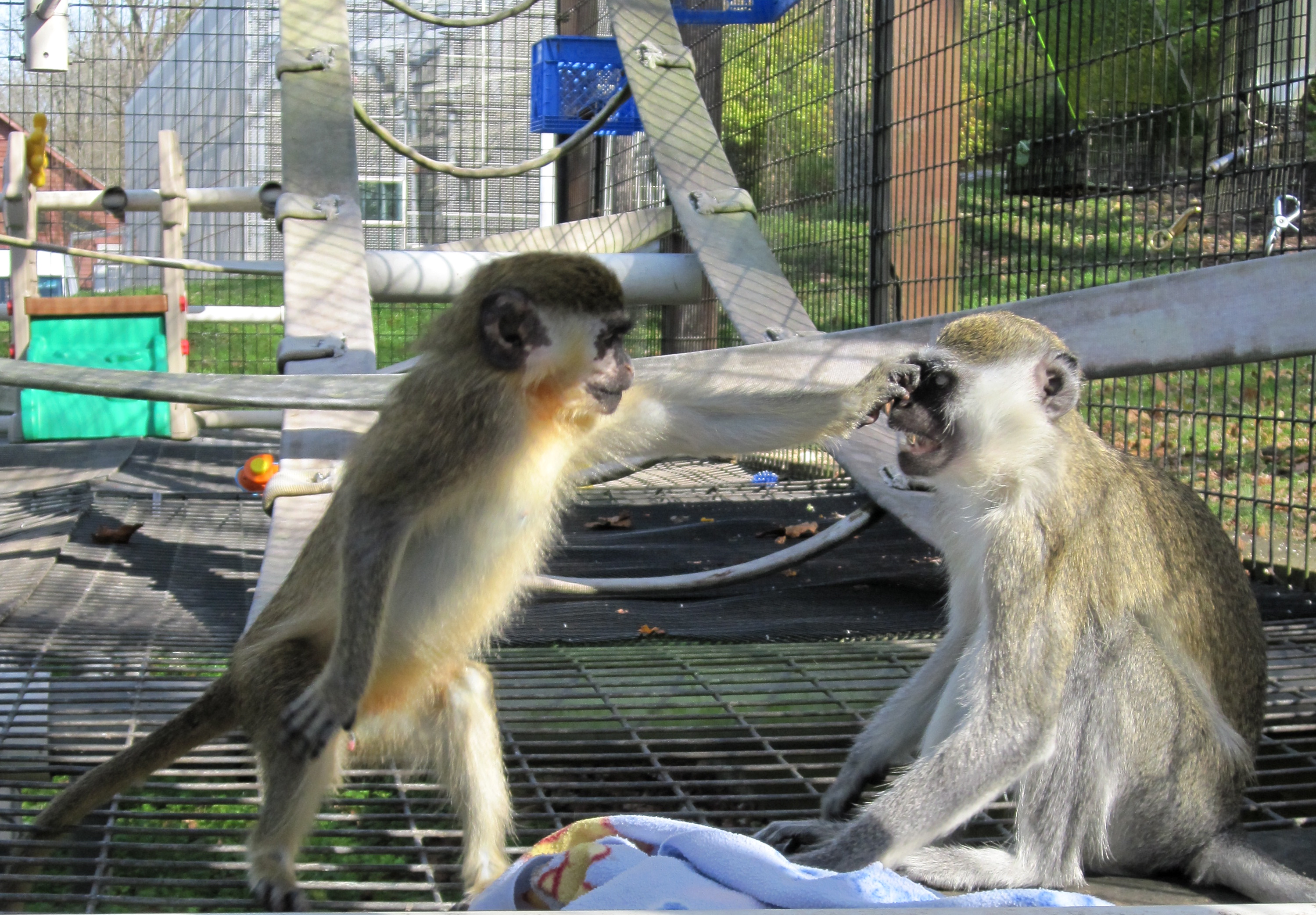 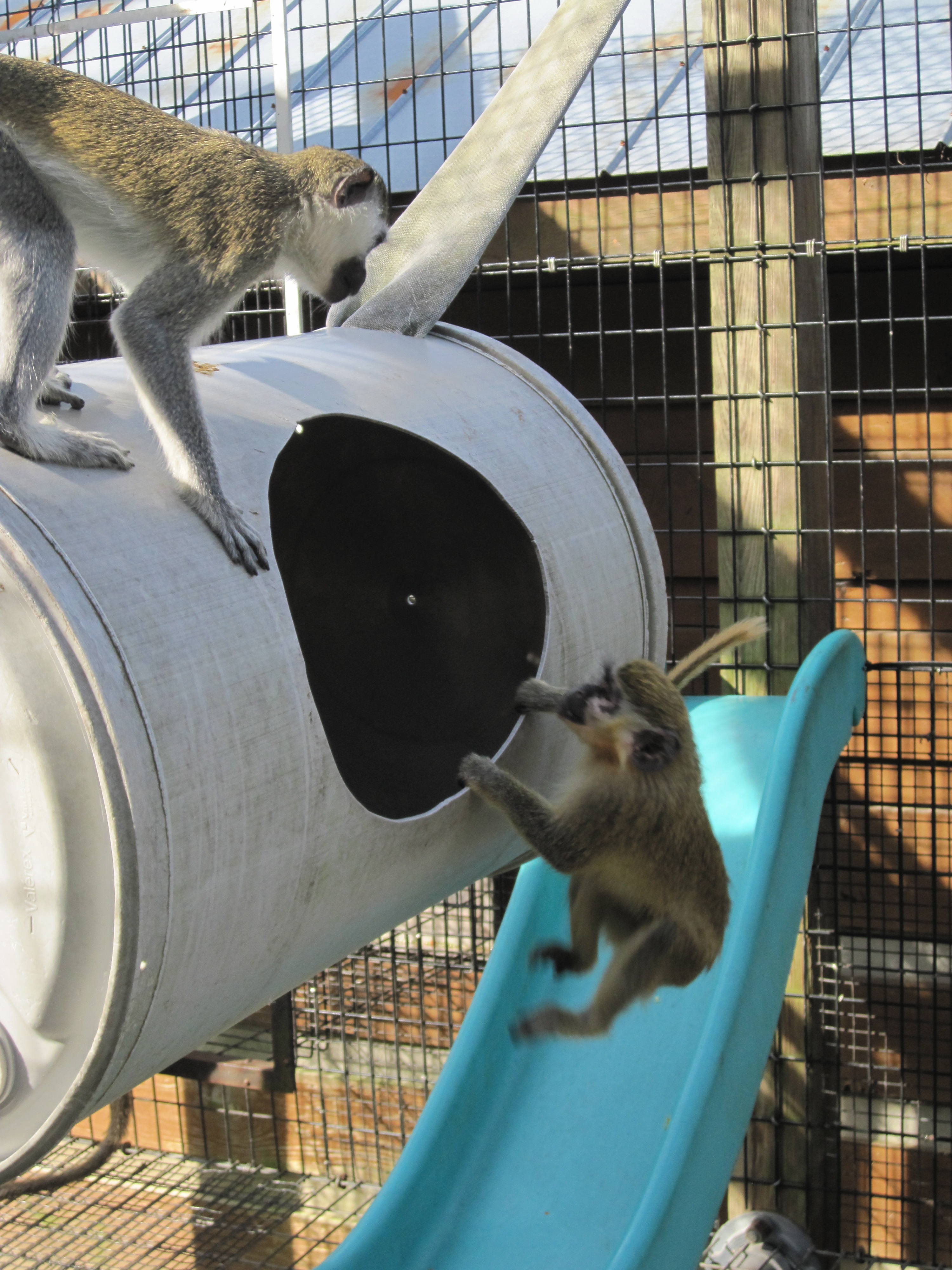 In just three short years though, Bob has grown in so many ways. He has grown taller, faster, and much more curious and destructive. He is beginning to assert his dominance over his monkey companions and beginning to reach sexual maturity. He has also become territorial and protective about his food areas, which he sometimes expresses as aggression.

It has been very interesting for us to experience this growing up process with Bob. As he changes from a cute baby faced monkey to the majestic wild animal that he was born to be, caretakers can only imagine what Bob’s life would be like if he was still a pet monkey. At this point, he would be too unmanageable and aggressive for humans to hold and play with him. His teeth are so large now that he could severely injure someone. He is also so incredibly active that he requires a large area to run, jump, and swing with access to climbing structures, perches, and interactive toys and enrichment. 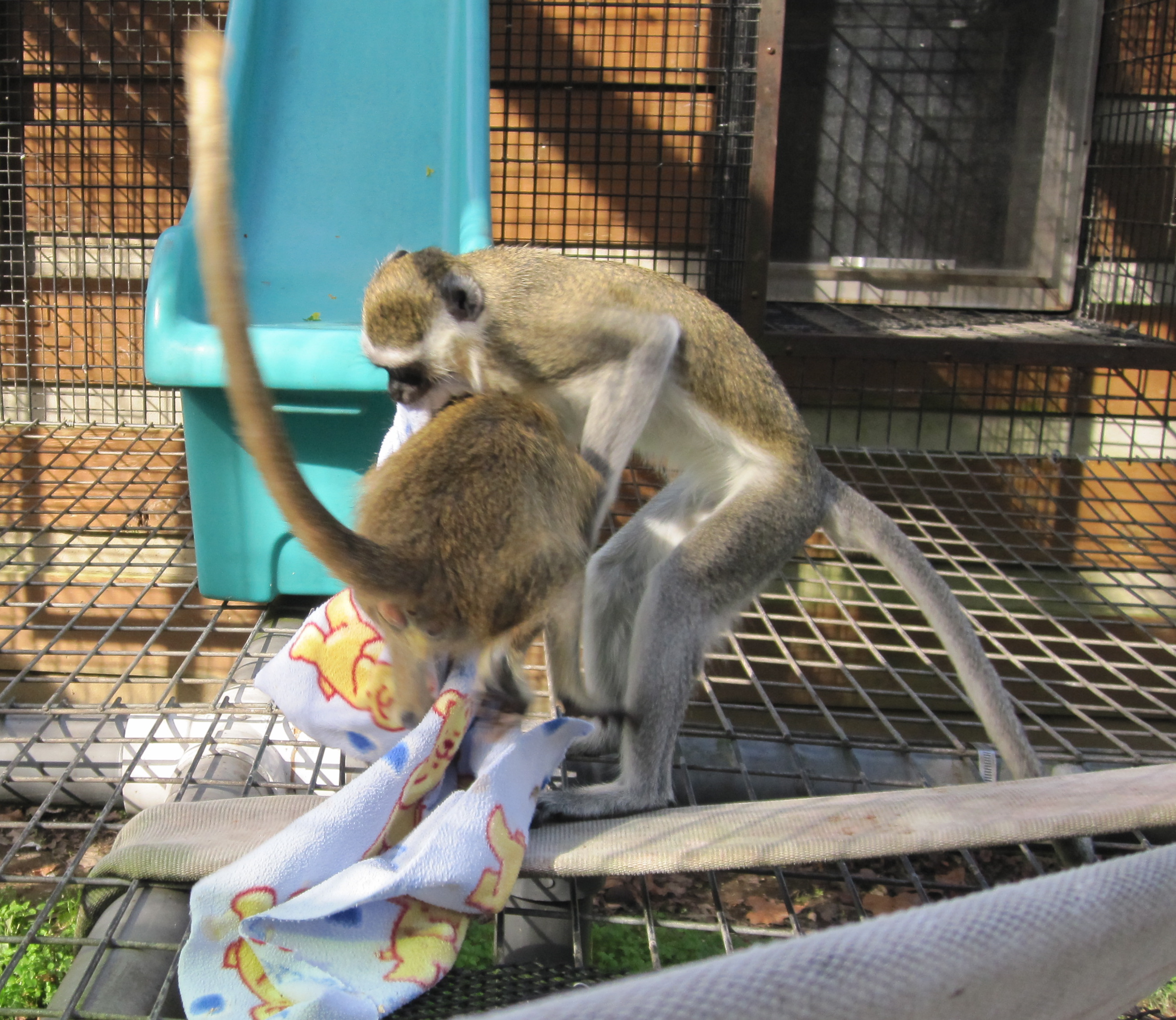 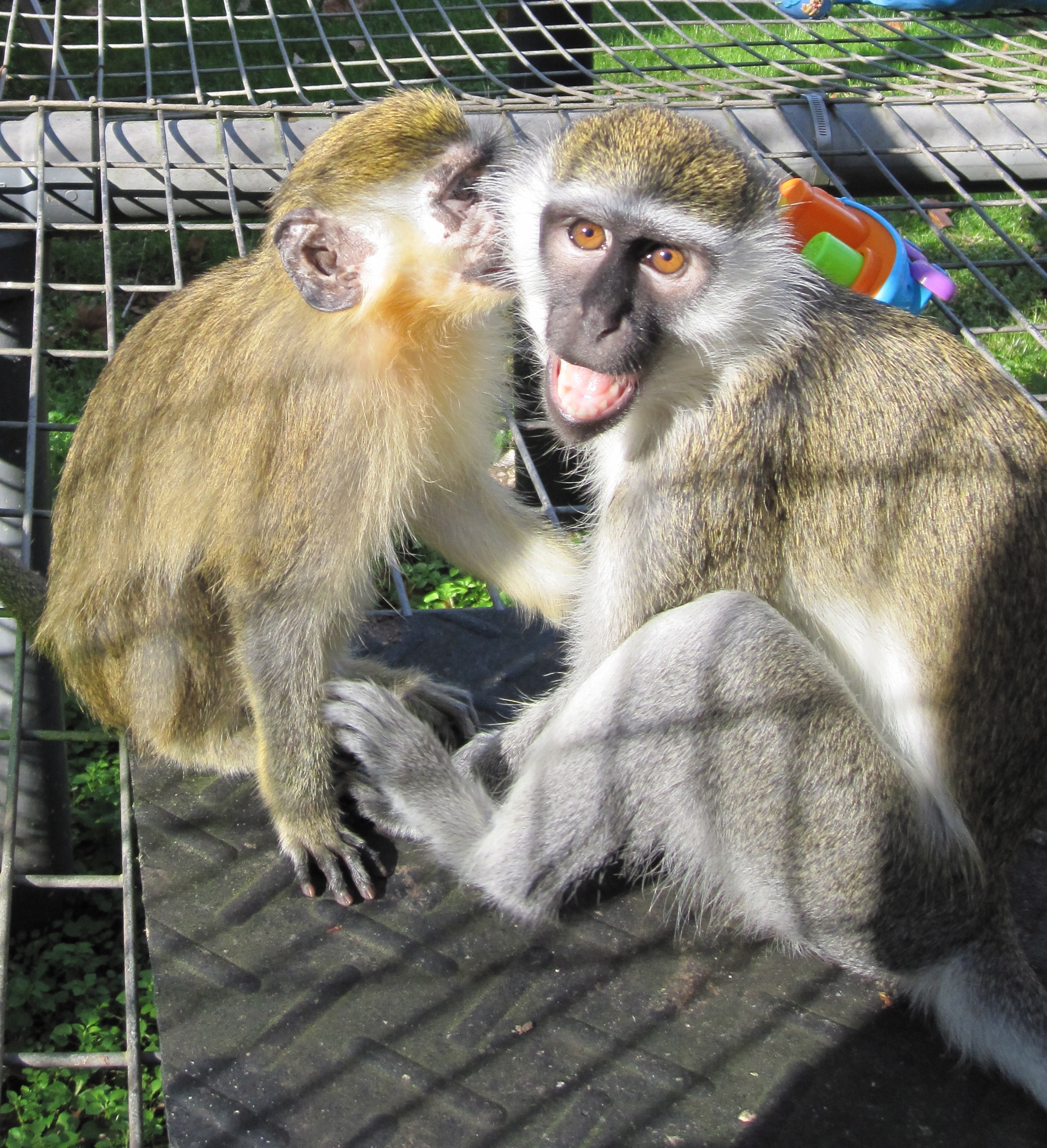 We are thankful that Bob’s former owners sought out what was best for him and chose the option that allows Bob to be the monkey that he was meant to be. Unfortunately, Bob will never be able to live in the wild. However, we know at the PRC, that our high quality of care, opportunities for companionship, and enriching and stimulating environment offer Bob and our other residents an appropriate alternative for them to live out their days in the tranquility of our valley.