Some of the most interesting monkeys at the Primate Rescue Center are our three spider monkeys; Chester, Bisou, and Dehlia. 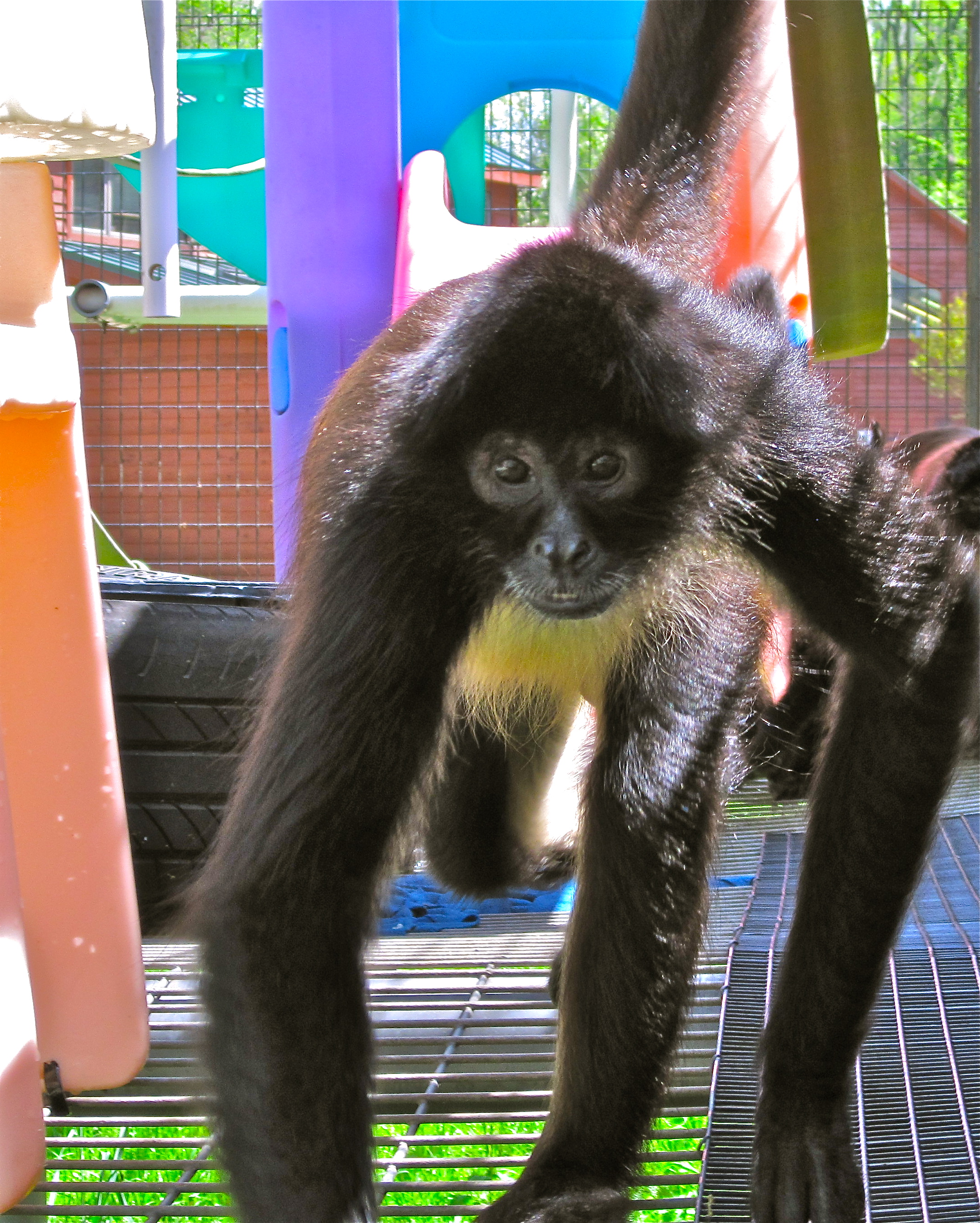 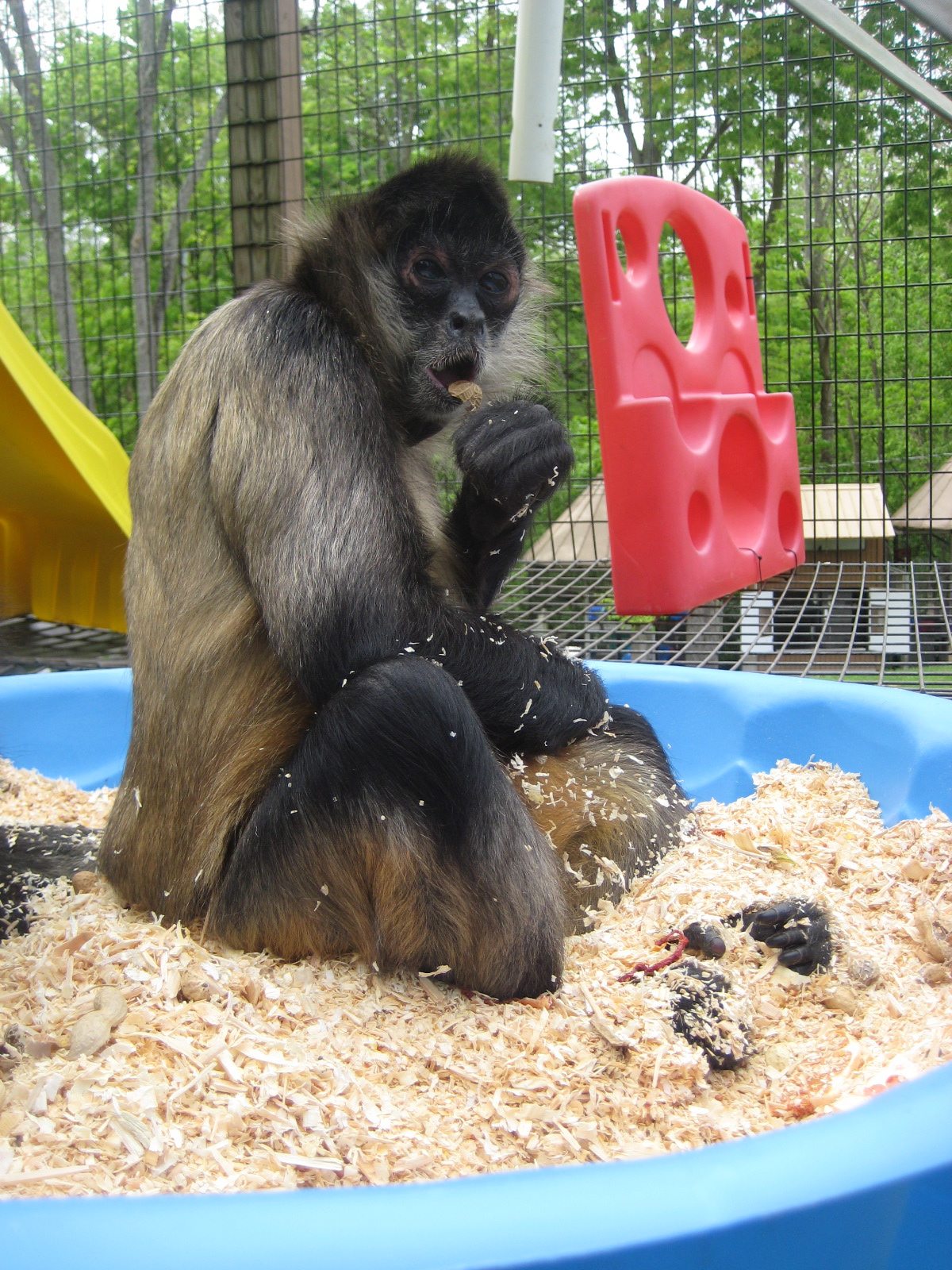 Unlike most other monkeys, spider monkeys have incredibly strong, prehensile tails that can do just about anything that an arm and hand can do, so it’s always fun to watch them move and play in their enclosure.  Whether it’s swinging, climbing, brachiating, or running as fast as they can down the length of their enclosure to try and “race” our golf cart, those tails are moving and grabbing just like a fifth limb.  Toward the end of their tail on the underside, there is a small strip of hairless skin with actual “finger prints”, just like our hands!

They use their tails to grab a piece of food that’s out of arms reach, and sometimes we catch Chester hanging by only his tail so that he can devote all his other limbs to playing or eating a tasty treat, much like the wild spider monkey in the picture below. So the next time you find yourself with too much to do, instead of wishing you had more hands…think about how productive you could be with a tail like the spider monkeys☺ 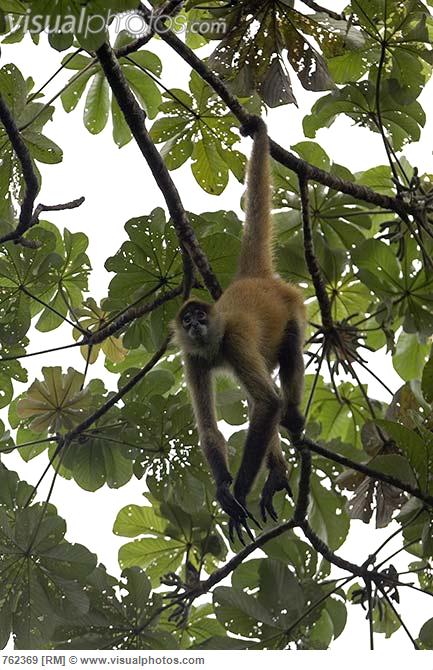