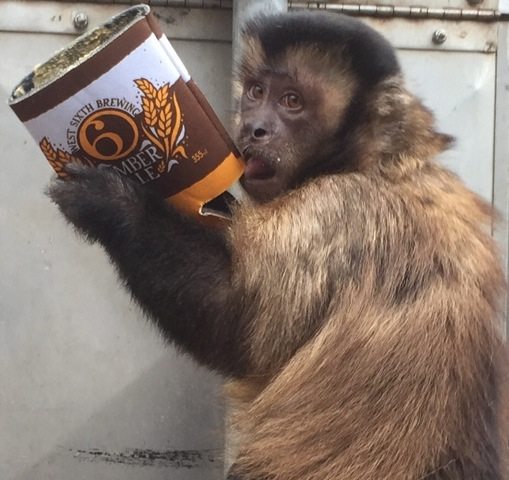 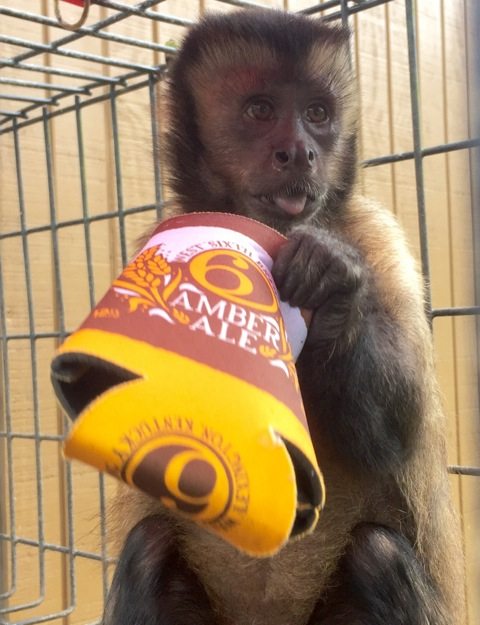 We at the Primate Rescue Center would like to raise our glasses and give a huge thank you to West Sixth Brewery for raising a heaping five thousand dollars to donate to the care and keeping of the 41 primates who reside here in our sanctuary. From the beginning of April through the end of June, West Sixth has donated fifty cents from each six pack of their Pay it Forward Cocoa Porter sold in Central Kentucky. We would also like to thank Clark Distributing and Liquor Barn for generously matching each 50 cent donation from six packs sold at their locations.


Pay it Forward Cocoa Porter is one of six delicious craft brews being sold as a part of the  “Sixth for a Cause” campaign. Each beer is paired with a local non-profit to raise money from six packs sold in their respective areas. Every three months, West Sixth votes on another six charities to sponsor. We greatly appreciate Kelsey Hargis and Fiona Young-Brown for nominating the Primate Rescue Center for the Central Kentucky region in the Pay it Forward program.


In addition to supporting local charities through Pay it Forward, West Sixth also hosts a monthly Sixth for a Cause event at the brewery. A different non-profit is selected each month and the taproom is set up to raise funds and awareness for their cause. The featured charity also receives a donation of six percent of the night's sales. To learn more about West Sixth's community outreach and how you can help, visit http://www.westsixth.com or check out their Facebook page for updates on upcoming events.


“This extremely generous donation will help us help the amazing primates that we rescue, especially as we go into the winter months and have expensive heating bills,” says sanctuary manager, Eileen Dunnington. We cannot thank West Sixth Brewery enough for their outstanding generosity and compassion. We look forward to supporting their future endeavors as they change lives and transform communities one beer at a time. 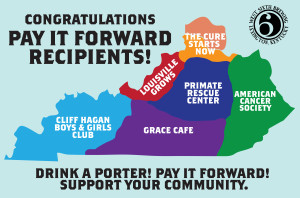