Two peas in a pod!

Crested black macaques, also known as Sulawesi macaques, are an old world monkey species found on a group of Indonesian Islands. They have several striking features, such as their reddish-brown eyes, long muzzle with high cheekbones, and a long hair tuft at the top of the head. Another notable feature is their very short and non-visible tail stub, giving them a slight ape-like appearance. They are omnivores who are particularly fond of fruit and will grow to nearly 2 feet tall. In the wild, where their native habitat is largely mountains or tropical rainforest, Sulawesi macaques may travel in groups of 50 or more. This primate species is threatened by overhunting for food in Sulawesi where their meat is considered a delicacy. Human settlement, land clearing for agriculture and logging also threaten their habitat. While this is a problem in many areas worldwide, Sulawesi is particularly sensitive as it is an island and therefore has a limited amount of land for its wildlife and the expanding human population. 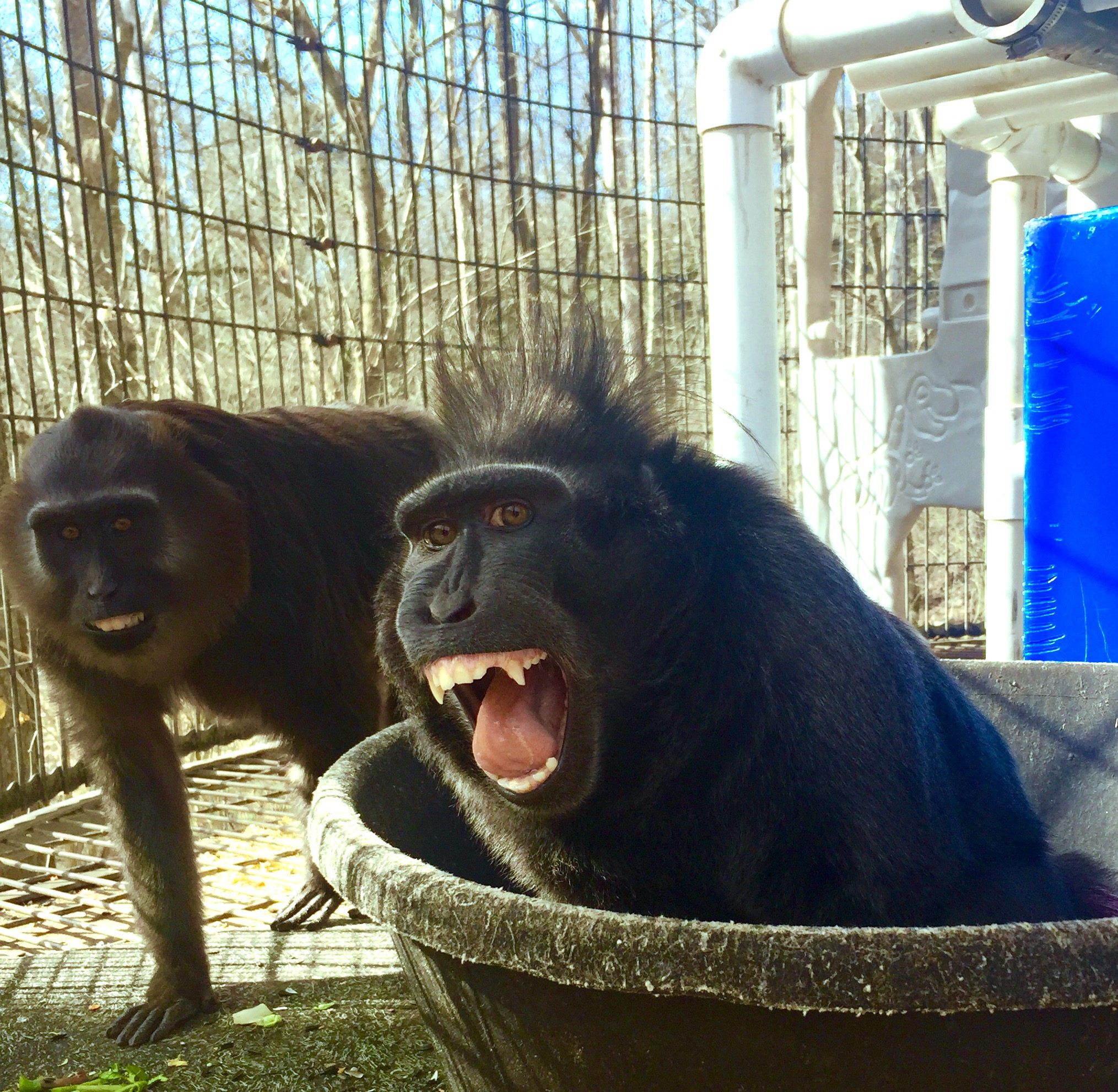 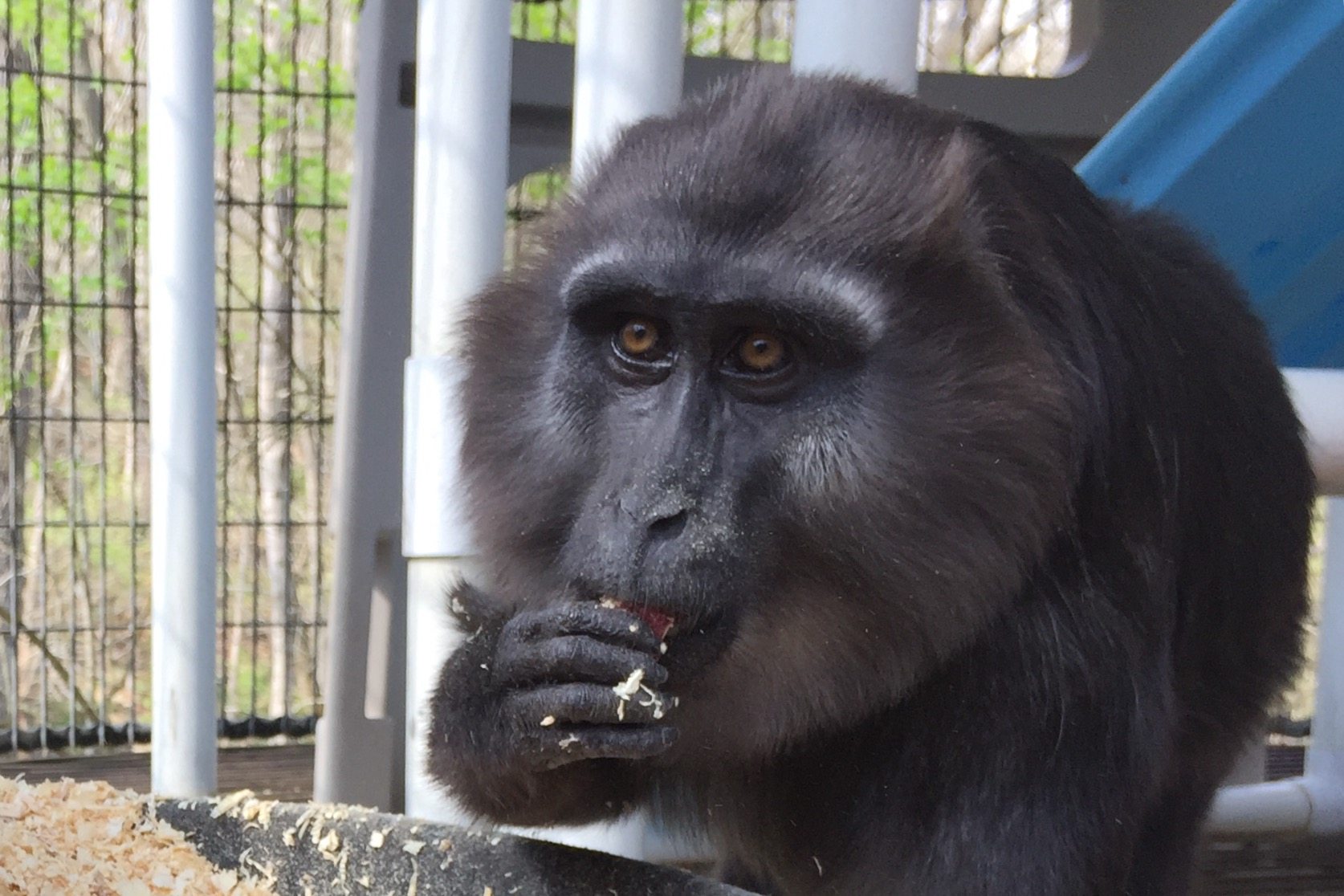 Maggie is estimated to have been born in 1993. She is a former pet from Missouri, a state that unfortunately has no restrictions on the ownership of exotic animals. Maggie joined us at the PRC in 1998 and has been a great companion to several fellow monkeys.

Maggie is a bit quieter and is the dominant one of the duo. Being dominant allows her to be in control as well as keeping the peace in the relationship. Like other monkeys, Maggie has some stereotypies that she will exhibit when she is nervous. These are repetitive movements and behaviors that monkeys usually exhibit when trying to cope with stress. This is an unfortunate result from of being taken from their mothers at birth. Although Maggie has her ways of coping with her stress, she lives a very happy life with the companionship from Mandy and the attention from her caregivers. 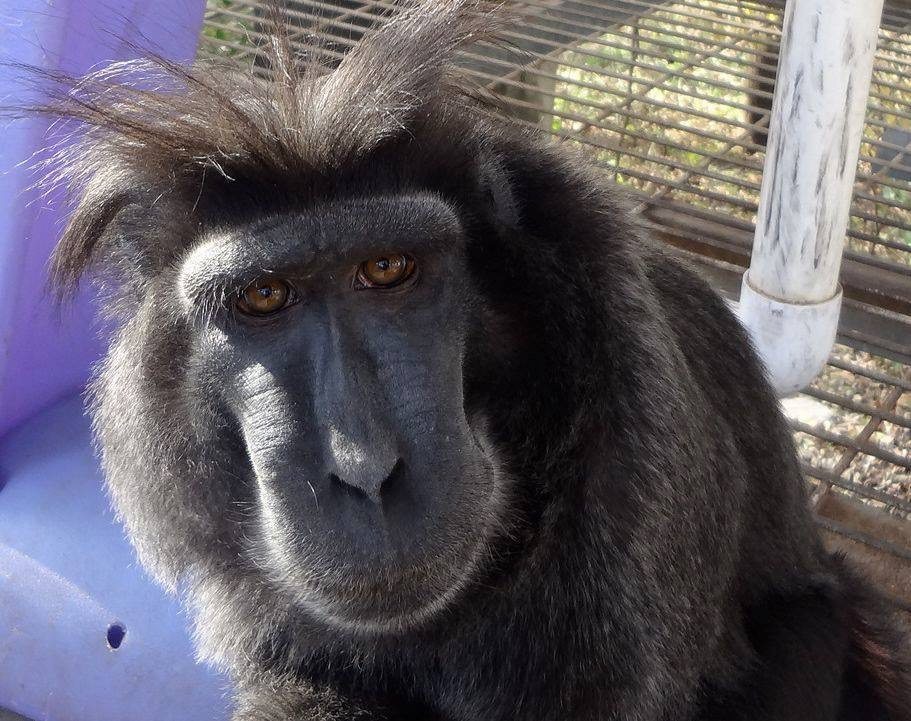 Mandy was born in 1997 and is also a former pet from Missouri. Her previous owners treated her well; however, they decided that her days were better spent in an enriching environment with other monkeys and where she could receive the best care possible. Mandy arrived to the PRC in 2005 and has happily lived with Maggie ever since.

Mandy is very talkative and loves to say hello to all who pass by. She will chatter and make high pitch squeals as she quickly smacks her lips, a common way that many monkeys show their excitement. Mandy also is a big fan of her soft blankets and will make a large pile of them to sleep on.

Mandy and Maggie are both available to sponsor through our Primate Pal program, or if you’d like to send them a gift, you can check out our Amazon Wish List. Also be sure to check our social media pages listed below to follow updates of our other residents and to stay in the loop of all things primate!